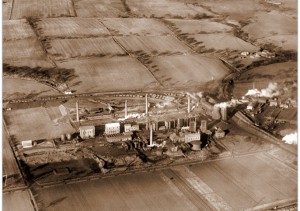 Iron founders of Scotland; at one time the largest makers of pig-iron in Scotland.

1816 – Alexander Baird leased the coalfield at Rochsolloch (New Monkland); one son, William, aged 20, managed it, and another,  Alexander, was responsible for sales.

1825 – The brothers opened a new pit on the estate of Gartsherrie.

1828 –  James Beaumont Neilson patented the hot-blast process; the brothers erected the first Gartsherrie furnace which commenced production on 4th May 1830.

1830 – William Baird and Co were formally established when Alexander Baird made over to five of his eight sons the non-agricultural leases he held in the Monklands iron and coalfield.

By 1843 the works had 16 furnaces and a capacity of 100,000 tons per annum, making them the largest single pig-iron producing unit in the world. They had also acquired control of the lion’s share of the vital splint coal and blackband ore needed to feed these furnaces.

1845 – Construction of a new works started at Eglinton; over the next twenty years extensive mineral leases were acquired and the ironworks at Blair, Muirkirk, Lugar, and Portland were purchased and operated as the Eglinton Iron Co.

Between 1878 and 1896 all 16 furnaces at Gartsherrie Iron Works were replaced and by-product recovery plant was installed (the invention of John Alexander and Andrew Kirkwood McCosh the Gartsherrie managers who were two of the new management team which had taken over following the deaths of the original brothers).

Mines were purchased in Santander and in 1893 the company became the first foreign firm to become involved in southern Spain when it purchased the Monte de Hierro (mountain of iron) mineral field. The development of their coal interests was an even more significant departure, as the company expanded its sales, instead of restricting itself to supplying its own furnaces.

Post-WWI: Colvilles rose to dominate the Scottish industry as steel took over from iron. Only Bairds, thanks to their financial strength, were able to hold out against this.

1938, the company underwent reorganisation and entered voluntary liquidation. William Baird and Co Ltd were reconstituted, and the company’s Lanarkshire interests merged with the Scottish Iron and Steel Co Ltd of Glasgow, to form Bairds and Scottish Steel Ltd, pig iron and steel manufacturers.

1939 – Bairds and Scottish Steel linked their Gartsherrie works with the Northburn Steel Works.

Between 1946 and 1951, the whole of William Baird’s coal, iron and steel interests were nationalised and the company began to diversify into other areas of business, including the textile industry.

The nationalised enterprise, still under McCosh management, finally began rebuilding but only one furnace was constructed.

1961 – The company merged with Northern Mercantile out of which the groups’ engineering division was formed.

William Baird and Co declined the chance to buy the works back on denationalisation and, when a consortium bought it in 1963, the old Baird management withdrew. It was no longer viable and the new owners closed it in 1967.

The company continued to diversify and acquired the raincoat manufacturing company, Dannimac Ltd, London, England, in 1981 and in 1988 acquired the Windsmoor Group.

Between 1992 and 1994, the company disposed of its engineering and building services.

Annbank Brickworks, Tarbolton, South Ayrshire were established by Bairds and Dalmellington Iron Company Ltd in 1934. The works were taken over by the National Coal Board in 1947 and were operated by them until the formation of the Scottish Brick Corporation in 1969. The works were closed on the 15 January 1977 and had been demolished by April 1979.

04/1959 – New Owners for Scots Works – William Baird & Co. Ltd. of Glasgow, have acquired through their subsidiary J & R Howie Ltd., Hurlford Clayworks, Kilmarnock, the Ferguslie Works at Paisley of Association Clay Industries Ltd.  J & R Howie will carry on the manufacture of vitreous China and earthenware sanitary products at the Ferguslie works as well as maintaining their own Kilmarnock plant.

Associated Clay Industries Ltd took over the older Ferguslie works which were founded in 1836 as “Brown’s Brickworks” after the name of the founder Mr Robert Brown.

Since they took over in 1934. Associated Clay Industries have done a considerable amount of improvement work at Ferguslie and modernised considerably in 1947.  Modernisation of their four other plants was also needed but because of restricted trading and lack of prospects new capital was not raised and in September of last year, a receiver was appointed.
V68 804 April 1959 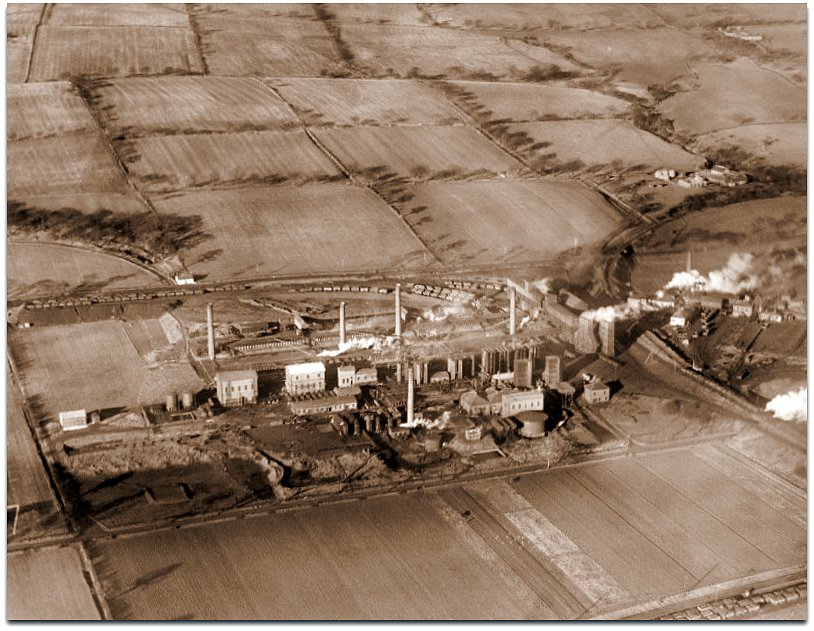