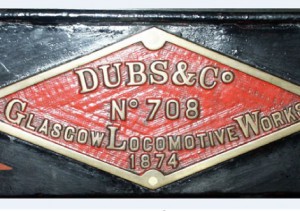 1863  – Dubs and Company were a locomotive works in Glasgow, Scotland, founded by Henry Dubs in 1863. He was previously with Neilson and Co; on leaving Neilsons he took a number of key staff with him. This became a very successful locomotive manufacturing company.

1866 – Dubs and Co became one of the first companies to employ women as tracers in their drawing offices.

1867 – Dubs and Co began building locomotives for export. Initially, orders were received from India, Europe, Russia and later New Zealand and China, while still building a significant reputation in the domestic market. 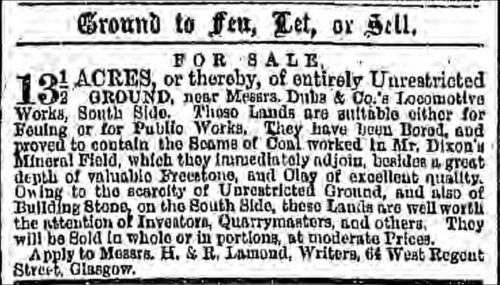 1876 – Henry Dubs died and was succeeded by William Lorimer.

1903 – The company became part of the North British Locomotive Co. They had built 4,485 locomotives

A History of the North British Locomotive Co Ltd, 1903 – 1953 – NBL Publication 1953 – Dubs & Co – The ambitions of Henry Dubs who was a managing partner with Neilson & Co had him to sever his connections with that Co. In 1863.  He established his own works in Polmadie which was then known as “Little Govan”, Dubs organising genius was given full play in the planning and construction of his factory when having personally cut the first sod on the site in April 1864 the subsequent excavations of clay were used in the making of the bricks from which the offices and works buildings were constructed.  During recent digging there, one of the original bricks was unearthed showing clearly the “Diamond” nameplate he used as a trademark and which has subsequently been adopted for the present Co. Nameplate.