The brickworks were situated on the Lugar Ironworks Site just NE of Cumnock.  The Iron Works were established c. 1845 by Sir James Boswell. They were taken over in 1856 by the Eglinton Iron Company which was owned by William Baird and Co. The Lugar Ironworks were then moved 1/2 mile South to the location you see on the maps below. The brickworks remained in its original position and worked until c. 1924.  The brickworks made only building bricks in its latter years. Information

13/10/1860 – Ardrossan and Saltcoats Herald – Patrick McGarry, and D. McGuire, charged with a breach of the peace, committed on the 3rd September, by rioting and fighting with each other, at the brickwork Lugar. McGuire did not appear, a sufficient reason being given; the ease against him was continued, the other pled guilty and was fined in the sum of 20s, with the alternative of 14 days’ imprisonment

07/12/1888 – Ardrossan and Saltcoats Herald –  Sad accident – While a man named McAllister was on Wednesday proceeding along the line which lies between the furnaces and the brick-work at Lugar, he was knocked down and run over by a ” pug” engine. It seems that he had stepped off one line and on to another to get out of the way of an approaching engine. Just at that moment, the “pug” which ran over him was coming in the opposite direction. Both legs had to be amputated. McAllister, who is a stranger, was brought to Lady Bute’s Hospital. 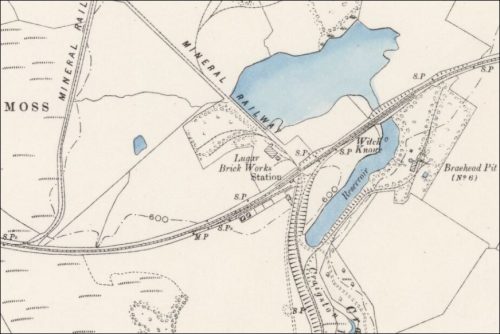 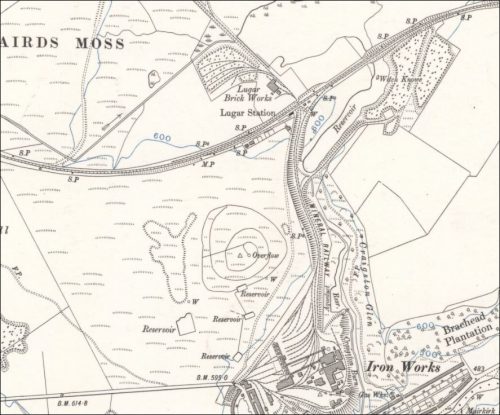