06/12/1933 – Kirkintilloch Herald – Brick manufacturing – Messrs William Baird and Co have started operations for the erection of a brickwork at Drumgrew, in the immediate vicinity of the refuse bing at their Gartshore colliery.

03/08/1934 – Midlothian Advertiser – The first consignment of bricks was despatched at the weekend form the new works erected at Gartshore, Dumbartonshire by Messrs Wm Baird and Co Ltd, coalmasters. 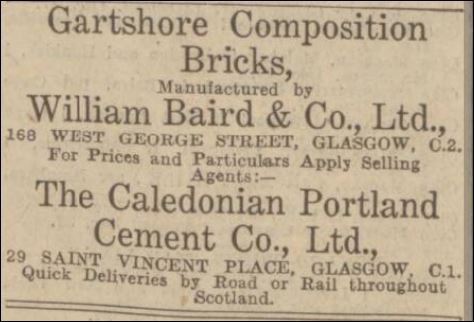 15/01/1937 – Kirkintilloch Gazette – Twechar. The main body of workers at Drumgrew Brickworks struck work on Thursday on a demand for increased wages. A restart was made on Monday.

06/04/1937 – Dundee Courier – David Symons, (14), residing at Twechar near Kilsyth was crushed to death yesterday afternoon when working at Drumgrew Brickwork. He was fastening hutches on to a haulage chain when he was dragged into the haulage wheel. He had been working there only a week or two. 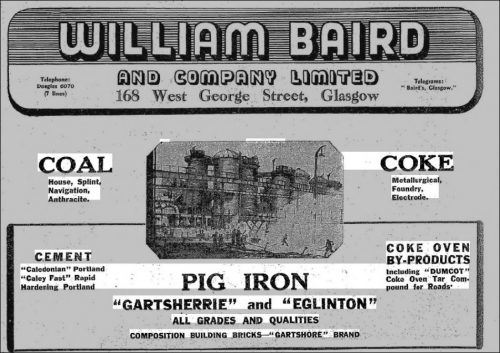 24/01/1940 – Kirkintilloch Herald – Assault at Gartshore Brickworks. 2 female workers fighting. It was just after the days works. They were inside the works. They were going to the bothy to change clothes. Accused pled guilty to assault. Fined 10 shillings or 10 days.

1947 – The National Coal Board became owners. 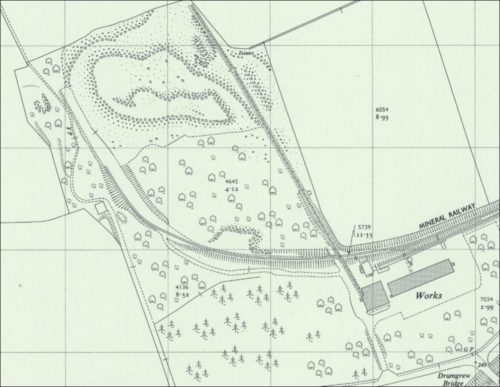 08/02/1963 – West Lothian Courier – National Coal Board. Central Area review. 1962 – The Central Area was formed at the beginning of the year by amalgamating the Central East and Central West areas … Brickworks – There are six brickworks operating in this area, namely Barbauchlaw, Blantyreferme, Gartshore and Gateside, Newton and Northfield. Some 54 1/2 million bricks were produced during the year. These works now come under the Brickworks Executive. which was formed earlier this year …