27/08/1885 – Glasgow Evening Citizen – Shocking death at Faskine Brickwork. A lad named John McCormick, 16 years of age, son of John McCormick, Faskine Row, Carnbroe came by his death in a shocking manner yesterday afternoon. He was engaged filling clay into the clay mixer at Mr Robert Brands brickwork at Faskine when he somehow got entangled with the machinery, his left leg being caught by the revolving knives of the mixer and rolled 3 times round, almost wrenching it out at the hip joint. He was extricated as speedily as possible but died in the arms of those who were carrying him home.

22/04/1891  – Coatbridge Express – Birth at brickwork. Mary Murray or McGarry, wife of a labourer, having no fixed place of abode, while lodging outside at Faskine Brickworks, near Coatbridge, on Saturday gave birth to a male child. Both are doing well.

Below – 19/03/1892 – Airdrie and Coatbridge Advertiser – 42 tramps sent to prison while lodging in unoccupied kilns at Palacecraig and Faskine Brickworks along with their wives and children. They are described as ‘tousie’ and ‘unwashed’. 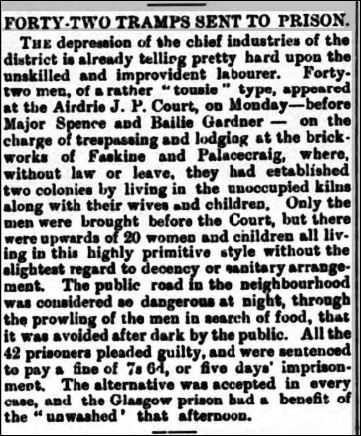 29/11/1892 – Glasgow Evening Post – Peter Dally, foreman brickworker, residing at Shedds Land, Bellshill, met with a fatal accident at Faskine Brickwork, near Airdrie. Dally was working shifting some waggons when he tripped, and the vehicles passed over him, smashing his left leg at the knee, and lacerating the right leg. He was removed to the infirmary, where he died. 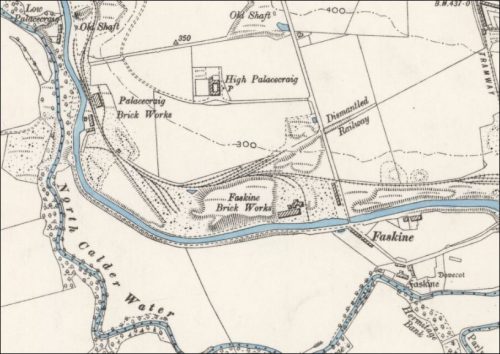 07/02/1902 – Airdrie and Coatbridge Advertiser – At Airdrie Sheriff Court on Friday before Sheriff Mair, Hugh Symington, Faskine Brickworks, was charged with employing three girls under 18 years of age, until 8.50 p.m., when they should not have been employed later than six o’clock. The Inspector stated that not only were the girls employed longer than was allowed under the Act, but that they had been at work since two o’clock without any time for meals. The longest spell allowed by the Act was five hours, whereas the girls had been employed for nearly seven hours without any interval. It was explained on behalf of Mr Symington that he was not aware of the offence having been committed, the girls having worked under the instructions of the foreman. A fine of 30s, including costs, was inflicted.

25/11/1905 – Airdrie and Coatbridge Advertiser – Reference to youths ratting or poaching rabbits on the wasteland and dirt hills of the Faskine Brickworks, Old Monkland and occupied by Hugh Symington and belonging to the complainer, Mr A.Whitelaw of Gartshore … 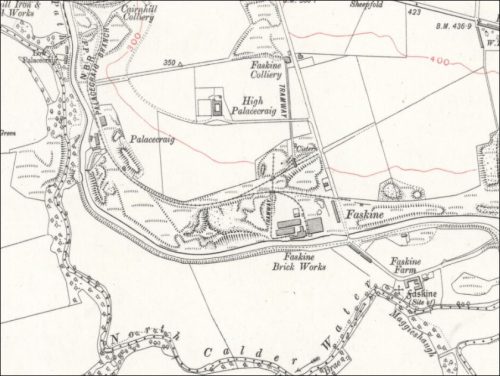 Below – 19/01/1918 – Coatbridge Leader – It is with regret that we announce in our obituary column the death of a well known native of Coatbridge, Mr Hugh Symington, third son of the late Mr Hugh Symington, contractor. He was educated at Dundyvan Academy, Coatbridge and completed his education at Hamilton Academy. The deceased carried on a successful business as a railway and public works contractor and executed many contracts for our local railways and public firms. He was also the proprietor of the Faskine Brickworks and Faskine Colliery, Palacecraig and carried on extensive quarries in Dumfriesshire. Outside his own business, Mr Symington was connected with other works in the town. He was one of the founders of the Union Tube Company, now merged into the Scottish Tube Company (Limited). For a number of years prior to the flotation of the Scottish Iron and Steel Company (Limited), he was a director of the Waverley Iron and Steel Company (Limited). He was also one of the first directors of Messrs Murray and Paterson (Ltd.), and latterly Chairman of the Company, retiring from that position when his health gave way. Mr Symington was a great lover of horses and recognised in the district as an authority on everything connected with them. He took no part in public affairs but his advice on many matters relating to the town and district was often asked and freely given. A few years ago Mr Symington removed his headquarters to Glasgow for reasons of business convenience, and he also resided there. 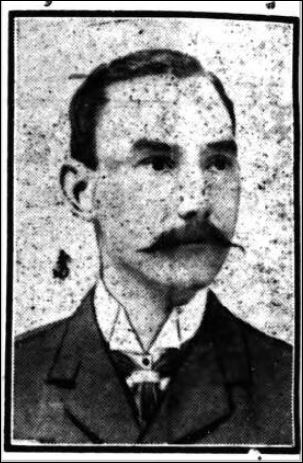 Below – 14/12/1918 – Hamilton Advertiser – At Faskine Brickwork, near Airdrie on Friday 20th December at 12 o’clock, public sale of contractors plant … Estate of the late Hugh Symington Esq … 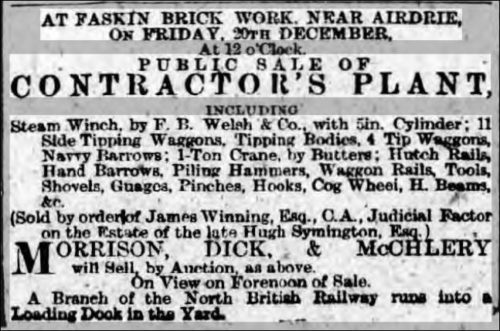 03/07/1920 – Airdrie and Coatbridge Advertiser – Two boys who set fire to a blaes bing at Faskine Brickworks on Sunday were penalised 10s each. The boys had got a fright themselves when they saw ‘ how great a matter a little fire kindleth’ as they had taken to endeavouring to extinguish the fire by carrying water from the canal.

14/07/1923 – Coatbridge Leader – A sad accident. On Monday, Bella Fagan (19), daughter of John Fagan, dealer, 35 Coats Street, had her right arm accidentally entangled while at work at a mixing machine at Faskine Brickwork. The girl’s arm was so badly injured that, after her removal to the Alexander Hospital it had to be amputated.

30/01/1926 – Airdrie and Coatbridge Advertiser – Thomas Love, labourer, 3 High Palacecraig Rows, Brewsterford, who died on 31st December at the Royal Infirmary, Glasgow from burning injuries and shock, the results of an accident caused that day by the bursting of a steam pipe in the engine room of Faskine Brickworks, Brewsterford, owned and worked by the Castlecary Fireclay Co Ltd, during the course of his industrial employment there.

06/01/1939 – Western Mail – General Refractories scheme of consolidation … In accordance with the policy of consolidation which is now in progress the board of the General Refractories Ltd announces that certain subsidiary companies are being placed into voluntary liquidation for the purposes of amalgamation … In addition, the following companies are being liquidated for the purpose of amalgamation with the Glenboig Union Fireclay Company Ltd:-Castlecary Firebrick Company, Ltd., Faskine and Palacecraig Bricks and Coal, Ltd., and George Turnbull and Co., Ltd. …