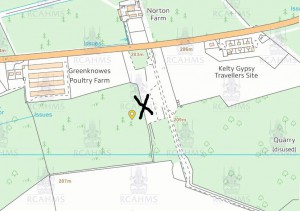 (Note – SBH – As you can see I have very little information on the Lassodie Brickworks. If anyone can add ANY information to this post then please get in touch. Bonus points awarded for anyone that comes up with a relevant brickmark).

30/01/1862 – Dunfermline Press – Burns Club. The anniversary of the United Burns’ Club was celebrated on Saturday evening last, in Crombie’s Hotel, Bruce Street – Mr George Henderson in the chair … During the evening Lindsay, of Lassodie Brick and Tile Work, was introduced as a new member, and presented the club with a bust of the poet, for which he received their thanks through the chairman …

15/05/1863 – Dundee Courier – District News – Dunfermline – Police Commissioners. This body met on Wednesday, Robert Robertson, Esq., Dean of Guild in the chair. On the minutes of the last meeting being read, the only thing worthy of record was a communication from Mr Lindsay of the Lassodie Brick and Clay Works. Along with this communication, Mr Lindsay sent a specimen of brick work much more suitable and much more durable than Arbroath pavement. This had been approved of by the Committee and resolved upon trying on a limited scale on the street pavements … (Note – SBH – Could this be the same Lindsay as in Robert Lindsay who operated the Lilliehill Fire Clay Works around this time).

Feb 1963 – Lassodie Brickworks – Ernest Abram (Brickworks) Ltd. is a new company to sponsor the construction of a kiln in Fife, to produce high-quality facings etc from the high-quality clay available.  30,000 per day, floor area 24000 ft2.

Late 1960’s – 1978 – The 1985 publication ‘A survey of Scottish brickmarks’ suggests that the Caledonian Brick Company were the owners. (Note – SBH – This date range does not sit comfortably with teh information below) 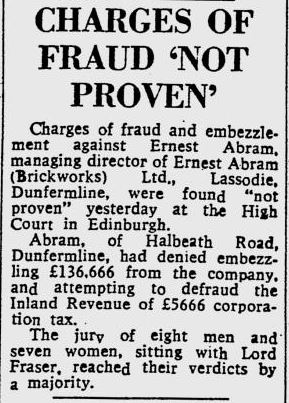 1978 – 1980 – The 1985 publication ‘A survey of Scottish brickmarks’ suggests that the Scottish Brick Corporation were the owners.

21/02/1980 – Scottish Brick Corporation branded letterhead gives a reference to a former employee who had just been made redundant at the SBC ‘Kelty Brickworks (Lassodie). The works were closed “due to a downturn in orders through the construction industry”.

1995 – Tayside and Fife Archaeological Journal Volume One 1995 … The brick and tile industry is also related to the mining of coal. Not only was coal required for the kilns, but bricks could be made from the dumped waste from the mines. Of the brick and tile works shown on the first edition of the OS map (1858), only at Easter Craigduckie Works to the W of Lassodie are there any visible earthworks. Of the others, few remains survive: the original Blairadam Brick and Tile Works, now lying under a forestry plantation; the old Devonshaw Tileworks has been reduced to a quarry pit and a few mounds; and though the drying shed of the Lassodie Brickworks, later the Fife Fireclay Works, is still
standing, it is now being used as a base for four-wheel drive competitions. Here again, we can record the almost complete destruction of the remains of what was once an important industry in Fife. Its demise is of course closely linked to that of the coal industry, but it should be noted that unlike the limestone industry, little trace remains of brick and tile works even where they lie in areas removed from the population … (Note – SBH – This report gives the Fife Fireclay Works co-ordinates as NT 115 931 which is the same location as the much later Lassodie Brickworks).

Below – Site of the Lassodie Brickworks. 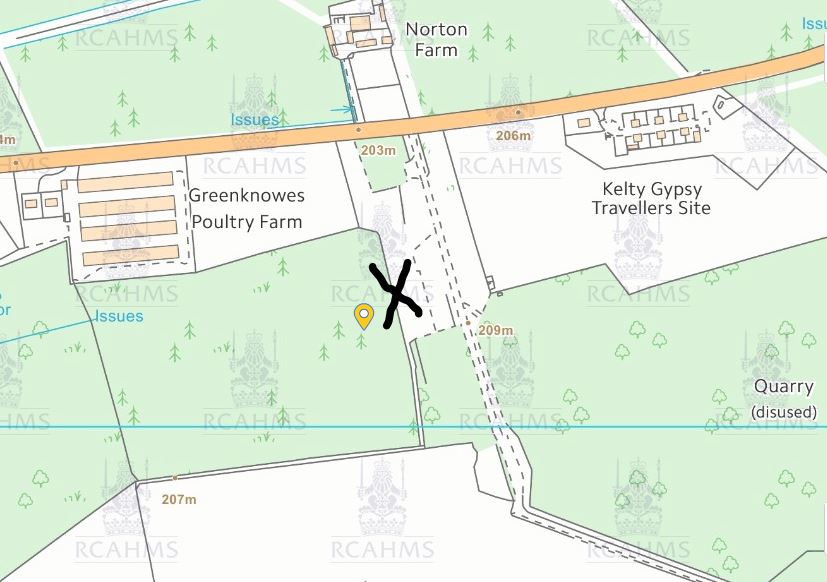 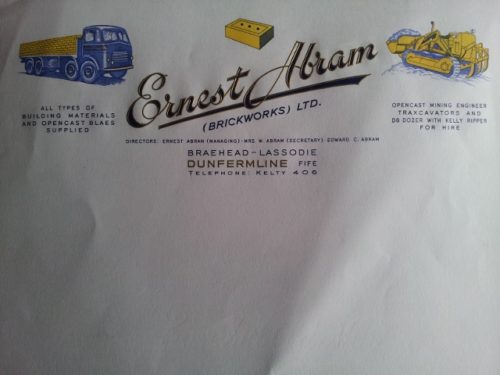