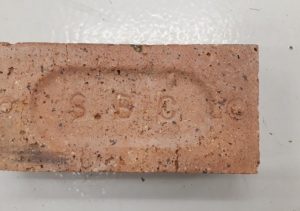 This example is in the possession of the National Museum, Scotland.

Note the small lug above the ‘C’. The rear has an unusual square-ended frog with a middle bar.

Following nationalisation of the coal industry in 1947, the National Coal Board (NCB) inherited a number of brickworks. Around 1969,  saw the NCB selling off its brickworks with the Scottish Brick Corporation (SBC) taking over most of them, some 33 sites in Scotland. The SBC then started using its own stamp on the bricks it produced, usually the initials SBC. There are various designs of stamp that differ in letter, frog and marks and it is very possible that each site marked their bricks slightly differently in this way. 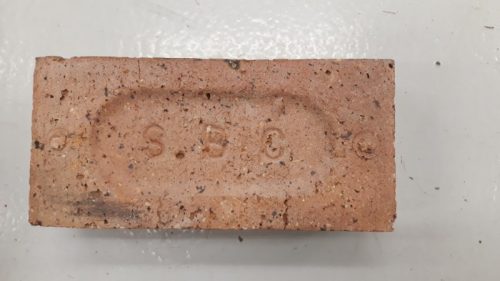