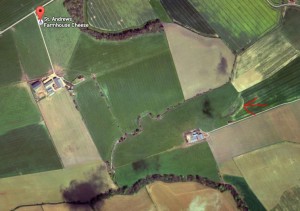 Clephanton Brick and Tile Works, Anstruther, Fife – These brickworks were located to the west of the main road out of West Anstruther travelling north. They were described in 1865 as a large manufactory for the making of tiles, bricks, etc. It was the property of Lord William Douglas, Grangemuir, from whom it was leased to John Milner Esq, West Calder Edinburgh. It ceased business in the early 1900’s the last occupier being the Wilson family, who moved to the St Andrews district and commenced business as the Seafield Brick and Tile Works, which closed in c.1942

1853 – 1855 – ScotlandsPlaces – About 1 1/2 miles West by N [North] from Kilrenny. This is a large manufactory for the making of tiles, bricks etc. It is the property of Lord William Douglas, Grangemuir, from whom it is leased by John Milner Esq. West Calder Edinr. [Edinburgh]

28/01/1847 – Fife Herald – Important Railway trial. Methven v The Edinburgh and Northern Railway Company (Note – SBH – There are interesting references here to the subject of this post) … John Milner, tilemaker, at West Calder. Had erected a work at Grangemuir, in Fife. The selling price of tiles at West Calder was 27s 6d. per 1000, the cost of working them 23s. Paid 5 per cent, of lordship on the gross sales. Had very good clay at Grangemuir, for which he paid £30 year of stated rent, with an option to the proprietor 8 per cent, on the gross sales. There was no arrangement made as to surface damages, although the land was let to a tenant. The depth of tirr was about 6 inches. Methven’s clay was very good, with stones it. The witness would not give more than 6d. a yard for it, at the present face with the present erections, but the clay beyond the turnpike would be so worthless for making tiles, that could not put a value on it. He would not work Fergus Field all. 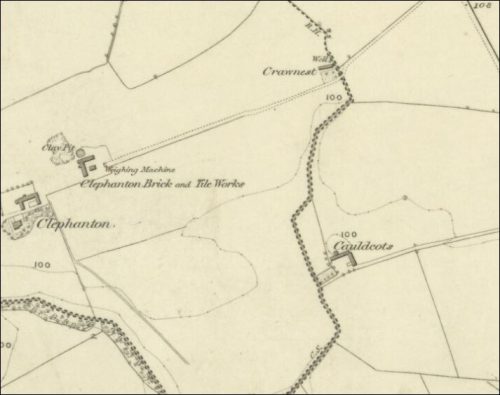 05/08/1865 – Dundee People’s Journal – Brick and tile work to be let with entry at Martinmas 1865. The brick and tile work of Clephanton in the parish of Carnbee, Fifeshire as tenanted by Mr John Milner. This work has been established for upwards of twenty years and has always commanded a good trade. The clay is of good quality and easily attainable. The work is about a mile and a half distant from Anstruther, where there is a terminus of the Leven and East Fife Railway and also a shipping port.  The duration of the lease may be arranged so as to suit the views of the tenants … Anstruther 03/08/1865

17/08/1871 – Fife Herald – Advert for the letting of Clephanton Farm, East Fife. It details the farm premises owned by Mr James Brown and states it is for let “after deducting the ground presently occupied by the Brick Work and Clay Pit and a small portion of the ground to be added thereto … 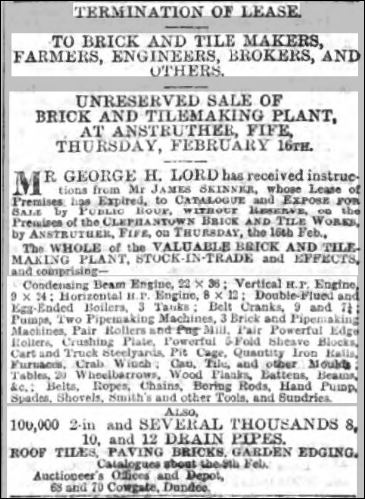 27/01/1885 – Dundee Courier – Small debt court – Andrew Moir, bricklayer, Dunfermline sued Alexander Wallace, builder, Anstruther for the balance of wages while he and a fellow craftsman were employed at the rate of 8 1/2 d an hour on the kiln at Clephanton Tileworks. Mr Wallace hoped the Sheriff would appoint an arbiter. The pursuer had himself offered to build the kiln for £15 but the work had proceeded so tardily, as he had once and again promised at the time, that it actually cost about £30. The Sheriff, however, declined to receive an objection of so general a kind and gave decree as sued for with travelling and other expenses. 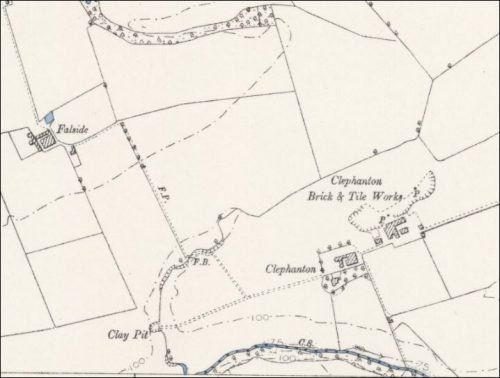 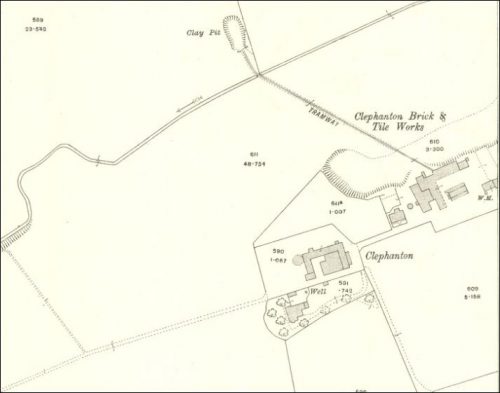 Below – 05/10/1920 – Dundee Evening Telegraph – Anstruther builders affairs – Examined in bankruptcy at Cupar – John Leadbetter, Willowbrae, Anstruther examined in bankruptcy at Cupar yesterday by Mr C.J Munro C.A., Edinburgh the trustee, said before taking a 14-year lease of the Clephanton Brick and Tile Works at Anstruther he was managing director at Gold & Co, Ltd, brick and tile manufacturers, Carluke. He had £2300(?) in the concern and his wife had a like amount invested. He left Carluke because the directors were interfering with his duties.

He had no money when he went to Clephanton. He relied on getting his money back from Gold & Co and had to borrow from his friends to pay for the machinery and certain of the buildings. The state of affairs showed a deficiency of £364 9s 11d, and liabilities and assets being £2931 19s 11d and £2567 10s respectively. Mr C.H Maxwell, solicitor, Anstruther was the agent for the trustee. 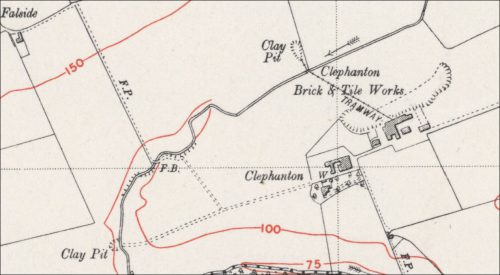 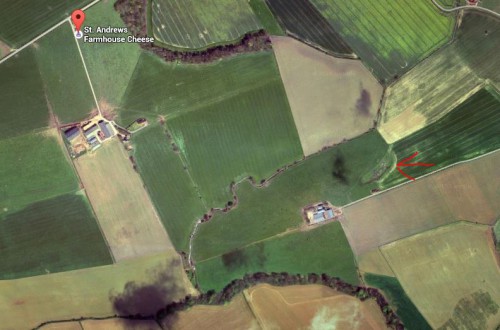 There is also an entry in the 1903 PO Directory for Thomas Wilson, Brick and Tile Manufacturer, Carnbee, Pittenweem. This is only a few miles from Clephanton and would appear to be the same Thomas Wilson.