Company history: The only evidence for the existence of this brickworks is its appearance in Slater’s Directory (1860).

Transport facilities: – The works adjoined both the Union Canal and the Edinburgh – Glasgow railway line.

Raw materials: – The works probably obtained their raw materials from the open-cast workings to the west of the site.

09/12/1852 – Falkirk Herald – Peter Wilson Jun, a boy of 11 years of age, was charged with laying stones on the rails of the Edinburgh to Glasgow Railway, near to Redding Brickwork. He pleaded guilty and was sentenced to receive 30 stripes and if unable to undergo that punishment, to be imprisoned for 30 days. 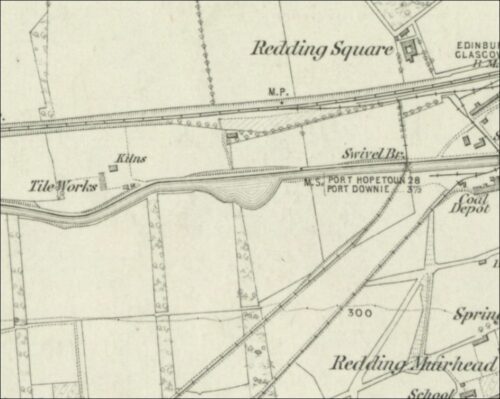