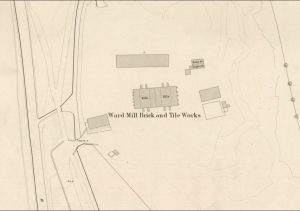 Many thanks to John Robertson for much of the information on this page.

1857 – 1861 – ScotlandsPlaces – Ward Mill Hill Brick and Tile Works are situated on the east side of Brothock Water. These Works which are situated a short distance North of Ward Mill occupy the space once occupied by Ward Mill Hill, they are the property of William Fullerton Lindsay Carnagie Esq.

1857 – 1861 – ScotlandsPlaces – Ward Mill Hill. A very small portion of this hill now remains the greater part of it having been driven away for ballast. The Ward Mill Brickworks now occupy its place, and it is likely the small portion which remains will soon be removed. 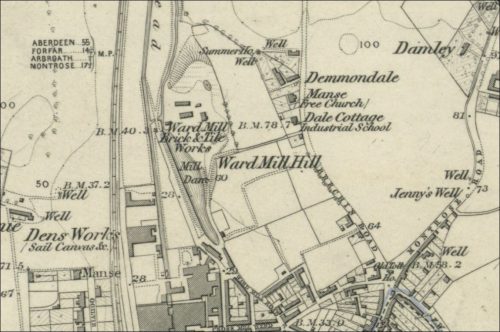 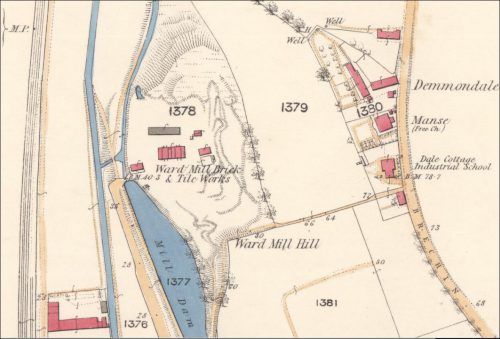 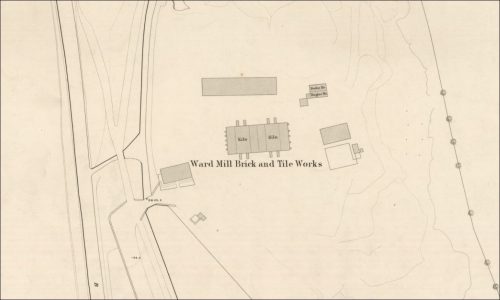 24/04/1869 – Arbroath Guide – To builders and contractors and others. Bricks may now be had at Messrs McMillan and Son’s Brickworks, Guthrie Port, Arbroath. ( Note SBH – I believe this will refer to the Ward Mill Brickworks).

15/10/1894 – Dundee Courier – Death of an old residenter. General regret will be felt in Arbroath and district at the announcement of the death of Mr David Harris late senior partner of Anniston Brick and Tile Work, and butcher in Arbroath. Deceased, who had reached the age of 76, had been connected with the butcher trade tor some 33 years. He was, however, a brick and tile maker to trade and was a partner and the last tenant of the Wardmill Brickworks. No one was better known in Arbroath or more widely respected. He was liked by all for his genial good nature and his ready wit, and many a one will miss him for the kindly deed done in secret. The deceased leaves three sons. James, captain of the Anchor Liner, the Furnessia; William, a Board of Trade surveyor in Hull and George who carries on the butcher business in Arbroath. It is somewhat of a coincidence that the deceased will be buried on the same day as that on which his wife died exactly eleven years ago. 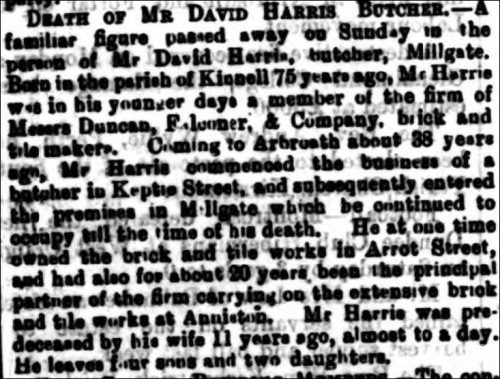 Below – 1901  – Wardmill Works, Arbroath. (Note – SBH – The maps below may relate to a different ‘works’ as the 1894 article above concerning the death of Mr Harris infers he was the last tenant of the brick and tile works. 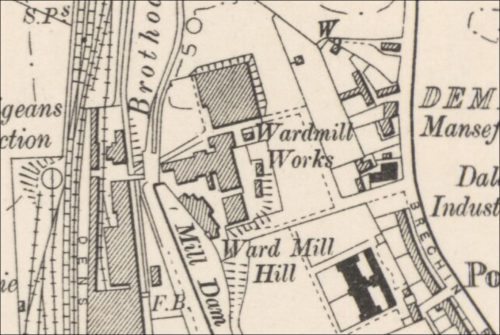 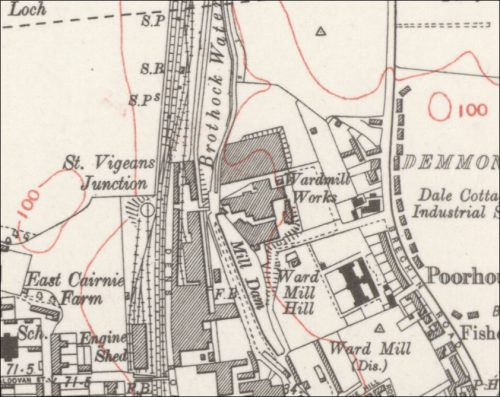 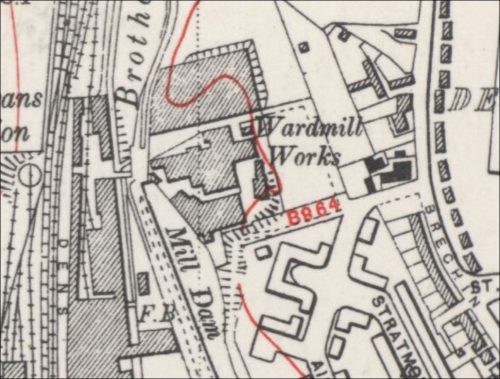