05/05/1934 – Dundee Courier – New Scottish Companies – The Motherwell Brick Company Limited, 29 St Vincent Place, Glasgow. To carry on all or any of the businesses of manufacturers, importers etc of bricks and building materials of every description. Capital £10,000 in £1 shares.

25/05/1934 – Motherwell Times – We are glad to hear that Range Road district is taking on signs of life again after a long season of stagnation. The tradesmen have made a start with the new brickwork in which the officials and shareholders of the Glasgow Iron and Steel Company are said to be chiefly interested. The new company have a large supply of clay and no end of blaes heaps at their disposal, out of which they hope to make an excellent composition brick and put it on the market at an early date.

25/08/1934 – The Scotsman – Brick making industry in Motherwell. A new industry, that of brick making, has been started in Motherwell and work has been found for some 30 men. This is a welcome feature in a town which despite briskness in the steel trade, has a very large total of unemployment. The development has been made by a new company, the Motherwell Brick Company Limited which has for its chairman, Mr Frank Hodges JP. Yesterday the first batch of 20,000 bricks was placed in the kiln. The plant is modern and its capacity is 150,000 bricks per week. The bricks are made of pit blaes and there is raw material at hand to last for 20 years.

31/08/1934 – Wishaw Press. New industry. Brickwork commences operation. The Shields Road district, which has experienced the closing down of two industrial enterprises in recent months, is happy in the establishment of an entirely new industry in the town. A company, the Motherwell Brick Co., Ltd., with a capital of £10,000, and with Mr Frank Hodges as chairman, have started operations on a site adjoining the Shields Colliery of Glasgow Iron and Steel Co., and already the brick-making plant is in operation, the kilns being lighted last Friday. The company have erected the very latest brick manufacturing machinery and working at full capacity, the plant is capable of turning out 180,000 bricks per week. The nature of the machinery is such that the number of hands employed will be a little over 30, all male labour. The material from which the brick is to be manufactured will be obtained from the debris of the pit bing close by, and a pit of clay 40 feet thick in the immediate vicinity. The brick manufactured is a first-class composition brick, and the plant for its manufacture is the latest type Bradley Craven stiff plastic ball-bearing machine. The kiln is an 18 chamber Hoffman continuous kiln, built to pattern by Messrs William Cleghorn & Sons, Newmains, who are experts in the building of kilns. The situation of the work lends itself readily to rail and road transport, and a mechanical system has been introduced to facilitate loading and so obviate loading by hand. With the extraordinary demand for brick in recent years, the work should be kept fully employed. An official opening of the works is to take place on Tuesday, September 4, when a company comprising leading Scottish Industrialists will have an opportunity of inspecting the works and seeing the plant in full operation.

05/09/1934 – The Scotsman – New brickworks. Development at Motherwell. Hamilton luncheon. A large company representative of the industrial and municipal interests of Lanarkshire were the guests, at a luncheon yesterday of the Motherwell Brick Company, Motherwell. The function, which was held in the Commercial Hotel, Hamilton, followed the official opening earlier in the day of the Company’s new brickworks and kiln at Shields Colliery, Motherwell. Mr Frank Hodges,  chairman of the Glasgow Iron and Steel Co (Ltd .), who presided, was accompanied by Provost A Brown, Hamilton and Provost James McClurg, Motherwell and Wishaw. Replying to the toast ” Success to the new undertaking” which was proposed by MrVictor Wilson, architect, Motherwell, Mr Frank Hodges said it was necessary that he should explain how an Englishman, like himself, happened to be associated with an enterprise which was so essentially Scottish like the Motherwell Brick Company. The undertaking was a Scottish enterprise that had been made possible mainly by Scottish money. For nearly five years he had been chairman of the Glasgow Iron and Steel Co (Ltd.), and he was beginning to feel, as a result, more of a Scotsman than an Englishman. At one time, proceeded Mr Hodges, he was a very active leader, of Labour in this country, and he certainly never thought the period would come when he himself would personally be called upon to put some of the ideas he preached into practice. One of the things he wanted to see in his earlier years was some element of co-operation in industry. He was glad to say he had succeeded in establishing that idea at Motherwell because it was interesting to record that the major portion of the shares in the Motherwell Brick Company were held by members of the staff of the Glasgow Iron and Steel Company. Each of them, in his respective sphere, would be co-operating now in an enterprise the proceeds from which he participated in. That was something new because it established an interest in the financial as well as the practical side of the undertaking. If he could judge aright from the zeal which had characterised the efforts of these individuals, then he could absolutely and safely leave the development of the business in their hands. It was true that a brick kiln was not a particular type of industry that would absorb large masses of unemployed but if it found work for a few idle people then it was worthwhile in so far that, it was creative. Right through life he had come to the belief, old fashioned though it might be, that if a man could make two blades of grass grow where originally only one had been before then that man was a creator. It was possible that the kiln at Motherwell marked the beginning of a new interest in a neighbourhood that had unfortunately begun to feel sad and pessimistic about its future. One of the best supporters of the concern at Motherwell was Sir James Lithgow, whose slogan from the point of view of industry was “Scotland first “. There was no man he knew of who was doing more for the resuscitation of the Scottish industry than Sir James Lithgow. He was glad that Sir James and his brother had associated themselves with the enterprise at Motherwell. It was quite evident that the building programme of the country was still expanding. True there were fluctuations in it from time to time, but generally speaking, the building programme of the country was an expanding and progressive one. Personally, he believed that the influence of good houses upon the minds of families was most beneficial. A slum area was bound to have a depressing effect on the general mentality of those who lived in it. Provost Brown, Hamilton and Provost McClurg, Motherwell, who also spoke, said they felt there was ample scope for the enterprise which had been inaugurated at Motherwell, in view of the housing developments which were in contemplation under the Five Years’ Plan. If the brick supply were of good quality and prices were comparable, the firm should experience no lack of orders, besides giving an outlet for employment in the district, which stood in need of many more industries. 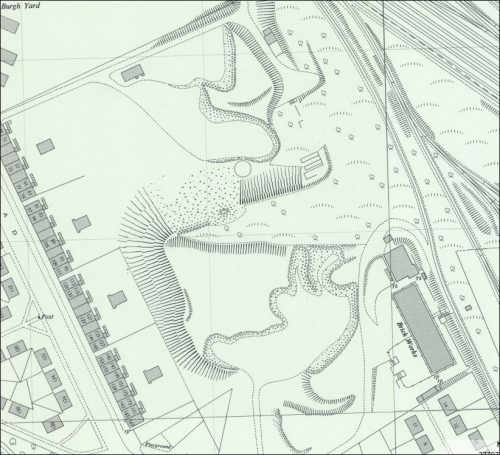