(Note – SBH – I believe these works were operated for some time by Archibald Kenneth and Sons).

Broadlie Brickworks, Dalry, Ayrshire This was the first of three common-brick works in the vicinity of Dalry which were built to make pressed-clay bricks from the coal-measure clays – blaes – deposited as waste during coal and ironstone mining in the 19th century.  These works were built at a time when rendered brick construction was taking over from masonry construction. The works closed in 1992 owing to a decline in demand for pressed-clay common bricks. 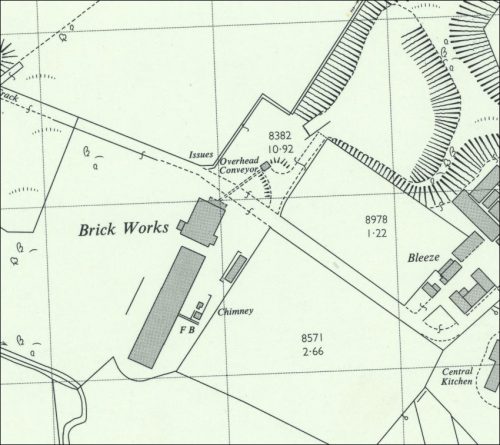 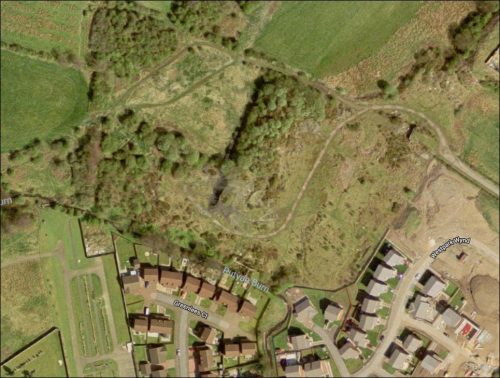 Below – Below – The Scottish Industrial Archaeology Survey published a report in 1985 entitled ” A survey of Scottish brickmarks. During the compilation of this report in which the survey officers visited working and derelict brickworks sites, many items of interest were donated or found. Many of these items were thereafter donated to the National Museum Scotland. The item below is one of these items. A brass stamping plate marked ‘Broadlie’ and an associated brick. 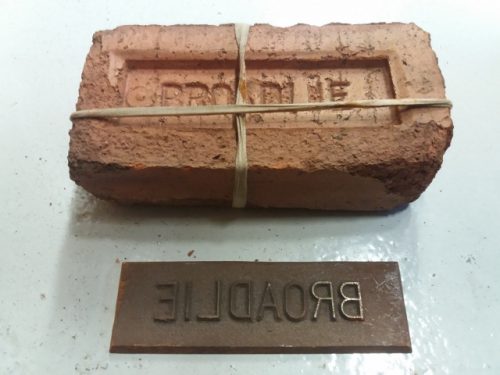