19/08/1893 – Motherwell Times – The action Hunt v. the Nellfield Brick and Tile Co., Braidwood, Carluke, and John Lawson, Motherwell, the only known partner, the Sheriff has decided in favour of the defenders. (The decision was confirmed following appeal 25/11/1893)

07/12/1895 – Paisley and Renfrewshire Gazette – Opening of the Thomas Muir Memorial Hall, Paisley … The exterior stone is red from Dumfries and the exterior brick is from the Nellfield Terracotta Brick Company, Carluke. 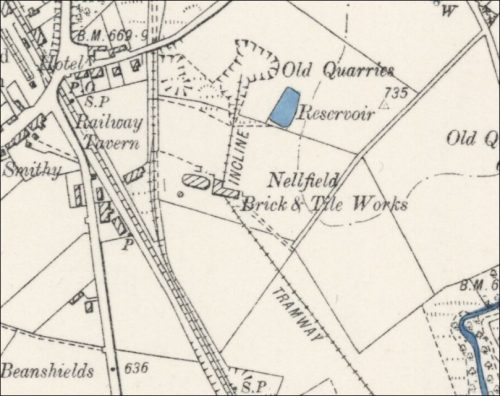 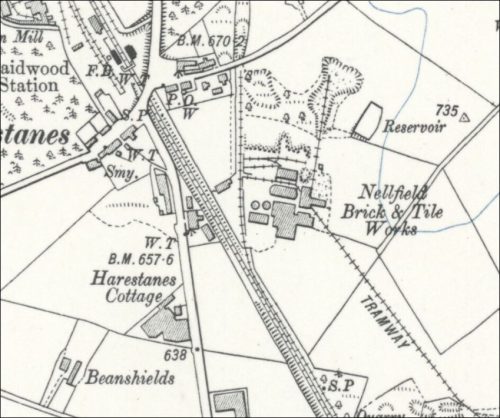 18/02/1910 – Bellshill Speaker – A venerable figure in the congregation – John Lawson celebrates his 76th birthday – He has 2 businesses in Motherwell, while he himself is the principal shareholder of the Nellfield Brick and Tile Co whose works are situated near Carluke. 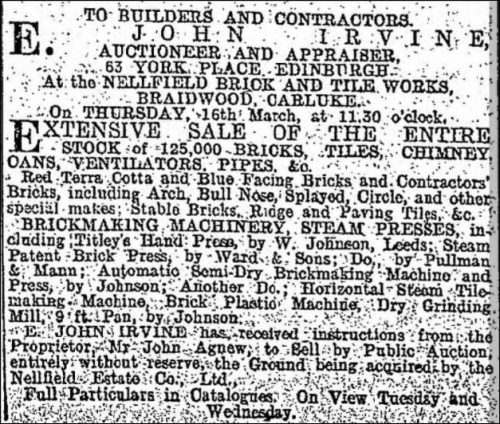 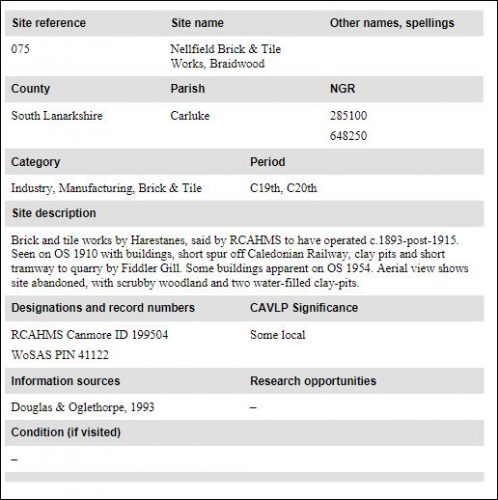