07/06/1957 – Wishaw Press – Reference to employees of the Aldersyde Brickworks on their annual outing. 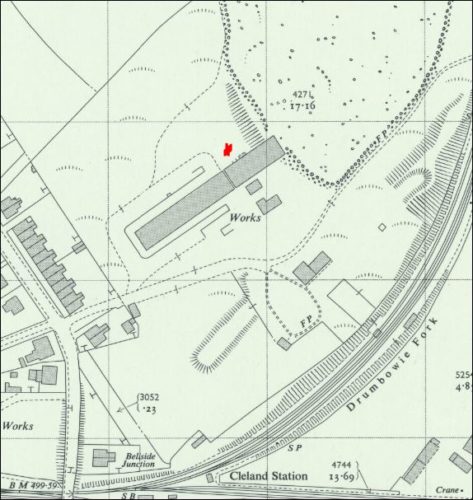 01/03/1968 – Wishaw Press – A works fatality. Andrew Stevenson (43), of Burnside Road, Newarthill died in Law hospital on Friday shortly after he was struck by a falling girder at Aldersyde Brickworks. 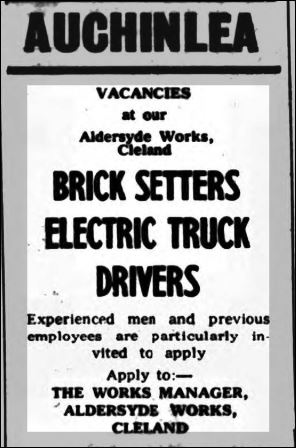 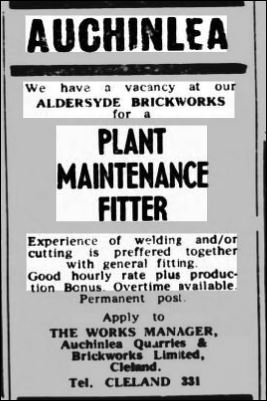 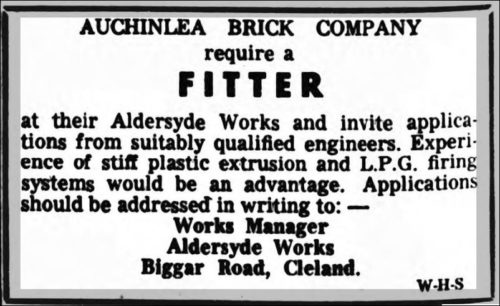 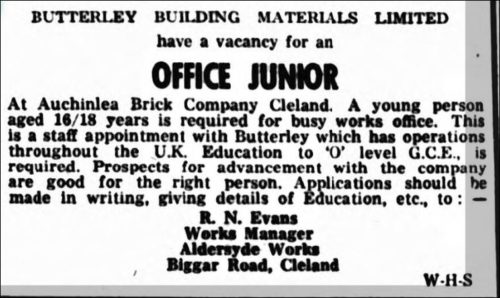 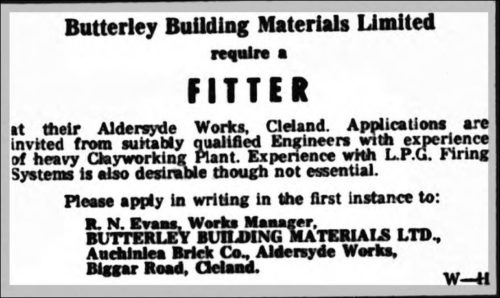 25/02/1977 – Wishaw Press – Brickworks to close. Auchinlea Brick Company’s works at Aldersyde, Cleland, will close within the next two months. Already more than 50 workers have been paid off. Four are remaining until the company’s stock of one million bricks is sold. The closure is a result of heavy losses by the company for three years despite capital investment. At its peak, Auchinlea, which is part of Butterley Building Materials Ltd., of Derbyshire, produced 250,000 bricks a week.