Found by Michael Fallone during demolition.

This was a street of sandstone buildings with white brick outbuildings built with Maxwood bricks.

East End – The brisk pace of industrialisation had the effect of zoning Glasgow and its environs into neighbourhoods with distinctive class profiles. Thus, although Graham Square in the Gallowgate was built in 1770 with aspirations towards gentility, by the 1830s it reflected the district’s working-class character as the site of a power loom factory. The elegant St Andrew’s Square near Glasgow Green was completed during the 1790s, but within a decade the buildings were mostly adapted for commercial uses. There were fashionable exceptions in the east end such as Monteith Row, commenced in 1818, but by this time the most desirable residential addresses lay to the west of the city. 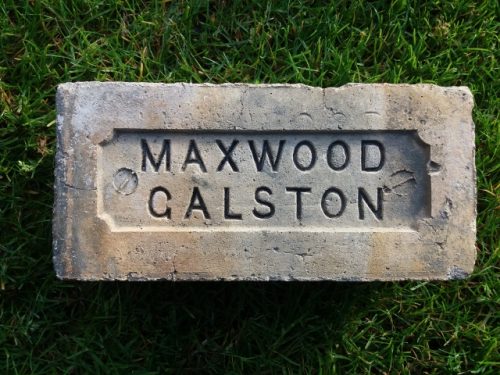