Canmore –  Exploratory excavations near the edge of the Merse have revealed an area that was either the off-loading area for the 18th-century jetty or the site of a brickworks known to be functioning in the 1750s. An unroofed structure annotated ‘Old Brick Kiln’ is depicted on the 1st edition of the OS 6-inch map

Francis Maxwell states  – I used to own Kirkconnell House, New Abbey, Dumfries and I was brought up believing it to be the first brick-built house in Scotland. The brick house was built in 1760. James Maxwell came back from exile after 1745. With him, he may have brought some French brickies or at least the recipe to make and lay them.  The clay came from near the house and on an old OS maps are still marked as the site of old brick kilns.  The brick-laying is all in the French style, though the house looks Georgian. I shall forward a photograph. They built quite a lot onto the old house and his son finished with an acre of walled garden.

Gifford’s book on Buildings of Scotland: D &G, p366 that a 1744-60 extension to the original tower house of Kirkconnell was, unusually for Scotland at that time, built of brick, as was a brick-walled court and the later brick-walled garden, late c18, and chapel of 1815. 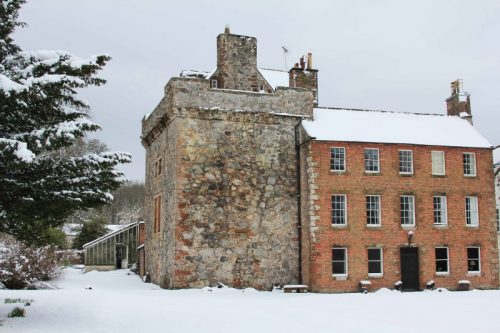 Below – 1850 – Old Brick Kilns, Kirkconnell. Note also the road running past the brick kiln to the Kirkconnell Pier on the banks of the tidal River Nith. 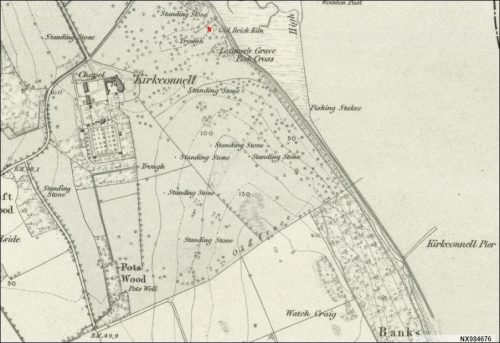 The following photos were taken during a visit to Kirkconnell on 13/04/2019. Many thanks to Roachdene Nurseries for allowing me access and to Francis Maxwell for showing me around.

Below – Location of the brick kiln and possible clay pits. The fence in the foreground is the boundary of the front garden to Kirkconnell House. The kiln was located at the far end of the field beyond. 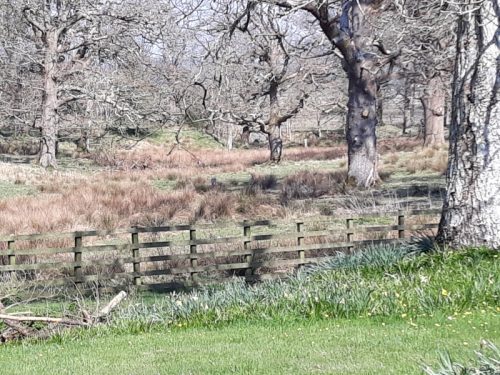 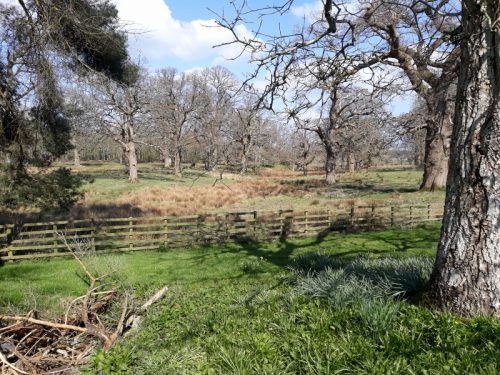 Below – This is the road that runs along the Merse that was reclaimed from the River Nith. The River Nith used to flow just to the left. The Merse is on the left and the kiln was located to the right. The road is running to the south in this photograph. 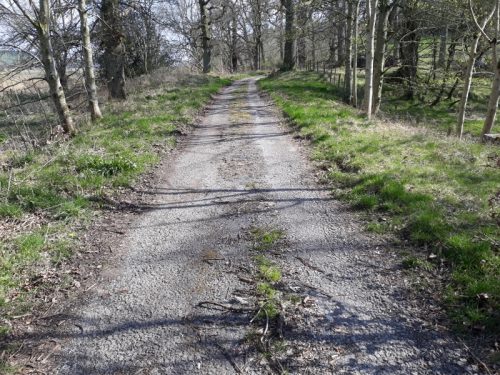 Below – 2 x views from the road running alongside the Merse inland towards Kirkconnell House.  A modern bridge parapet is seen bottom left. The kiln was situated in the field just beyond this bridge. (Note  – SBH – Nothing of the kiln structure is readily recognisable in the landscape) 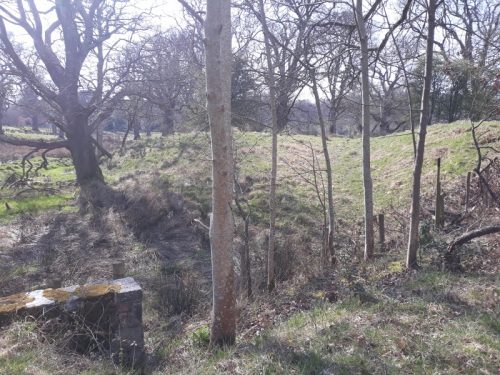 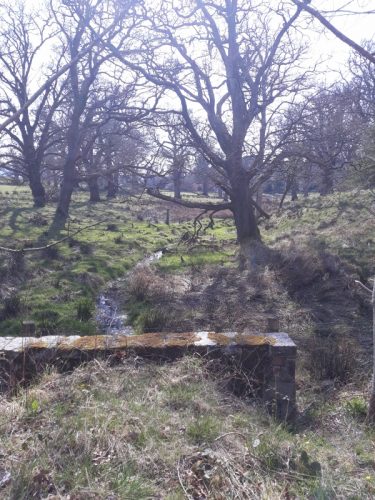 Below – 2 photographs taken from the same spot as the 2 above but to the other side of the road looking out over the merse. 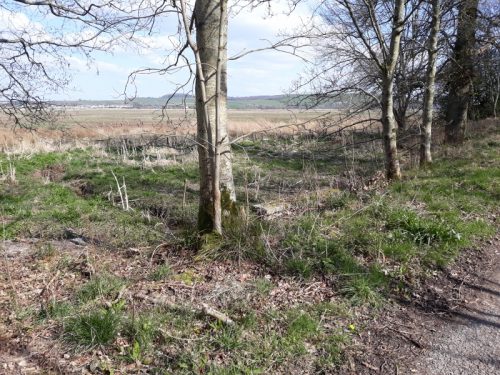 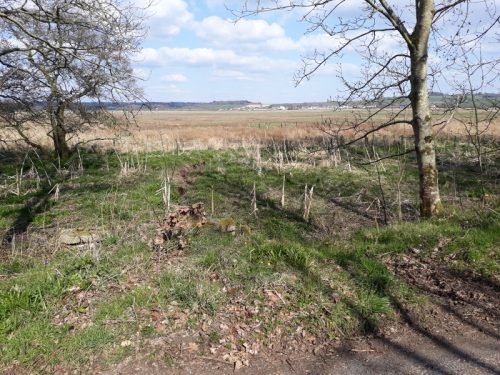 Below – The walled garden. Photos show the bonding used to build the same. 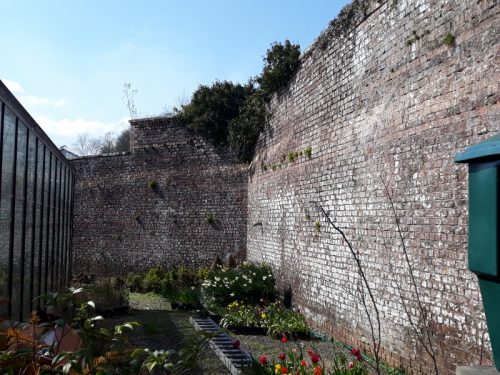 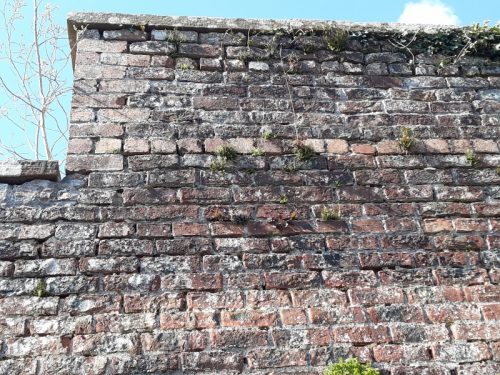 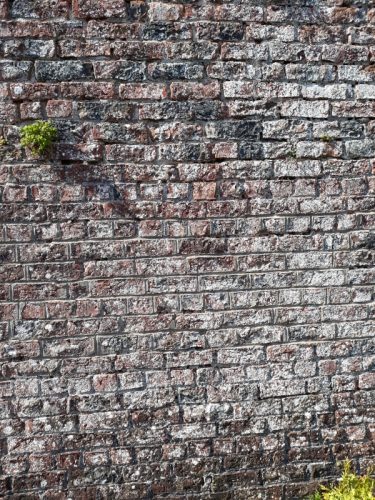 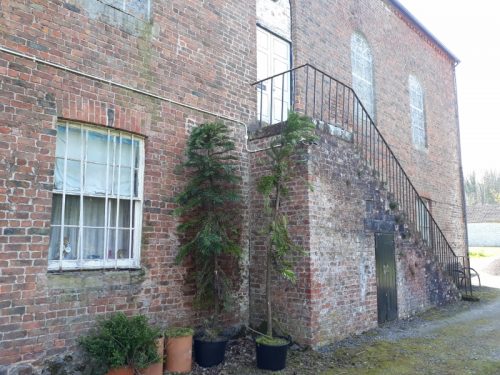 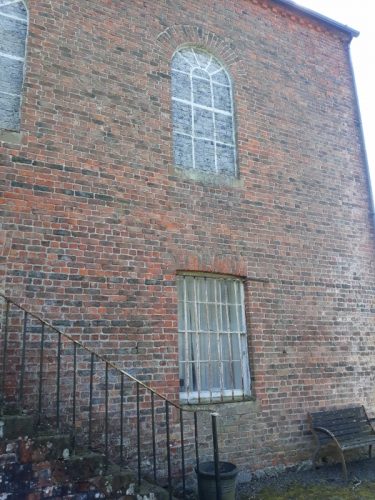 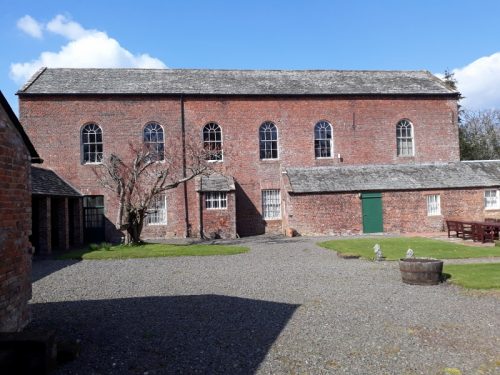 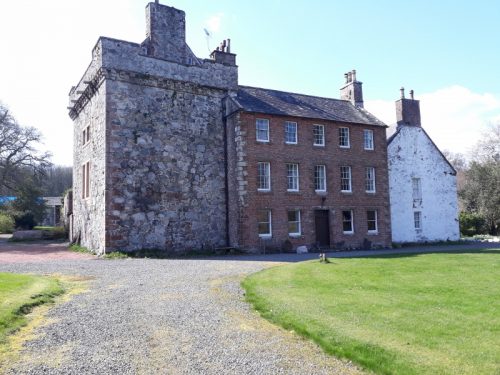 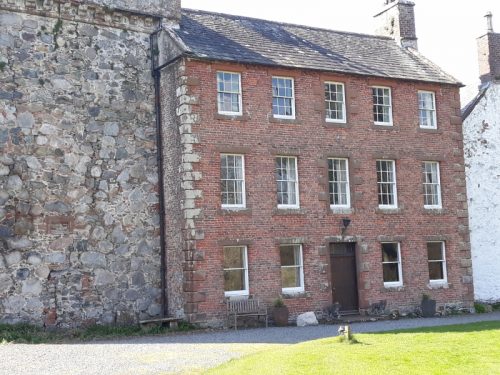 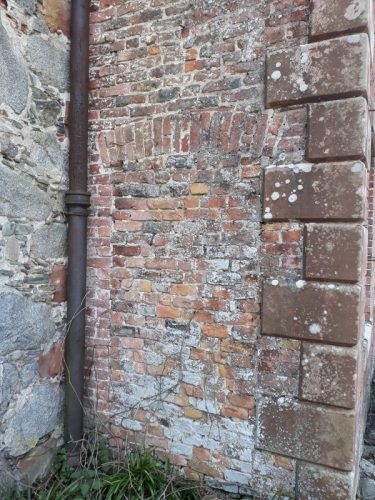 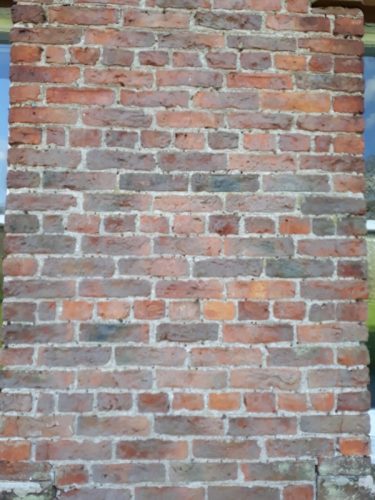 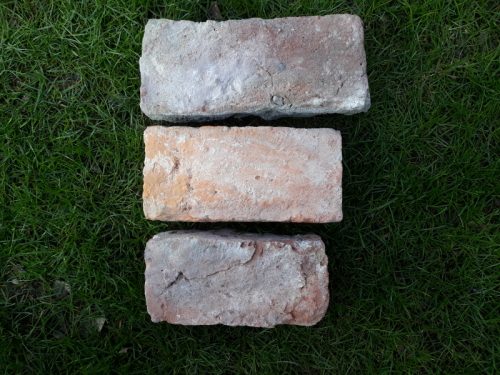 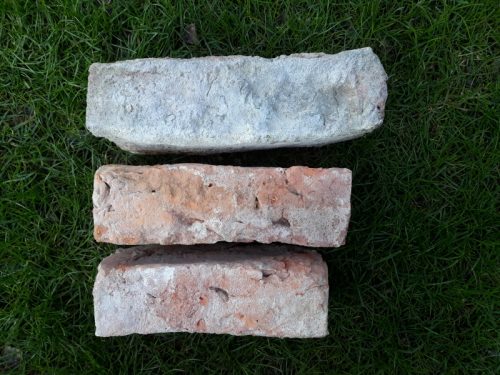