1825 – Agricultural improvements carried out by Henry Richmond at the farm of East Montgarswood – draining. When Henry took over the farm in 1816 he set about making improvements. The first job was to clear the land of stones and boulders. In his diary, there are 27 references to clearing and carting stones. He layed new land drains between 1818 and 1826. There are 24 references to the drains. The stone drains laid were still functioning in the 1970s. When the Duke of Portland introduced the use of clay tiles as a means of draining in 1825, there was an increase in the production of these tiles using the local clay. A tileworks were erected at Burnside, just across the Burn of Need and is shown on the 1856 map. 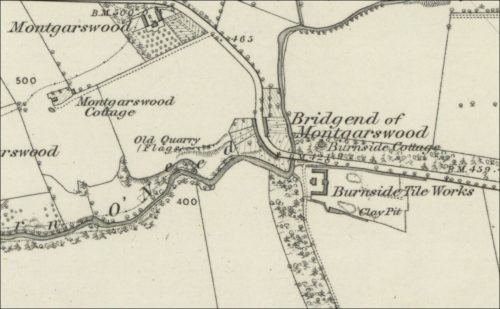