(Note – SBH – Please read this in conjunction with the East Cowcaddens Fire Brick Works as they appear to have been situated very close and indeed they may actually be the same site with Malcolm Paterson operating it prior to Murray’s and Co – for clarification if possible!). 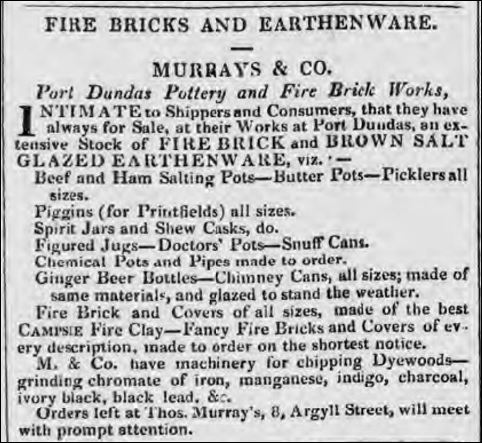 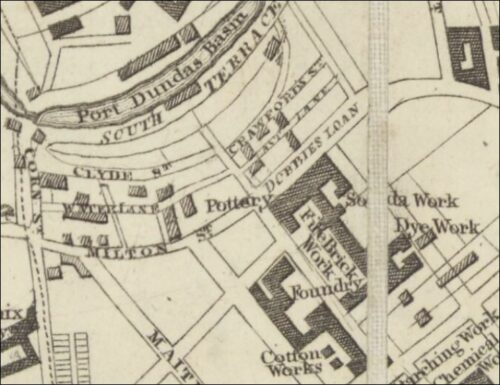 06 – 09/1831 – Vouchers in the Eglinton depositions at the National Archives of Scotland reveal some of the expenses incurred in the construction of the Fergushill Tileworks, Eglinton, between June and September 1831. The 500 firebricks for the kiln were purchased from James Murray’s Firebrick and Grinding works at Port Dundas, Glasgow, at a cost of £1/15/- plus 2/- for cartage to Broomilaw. 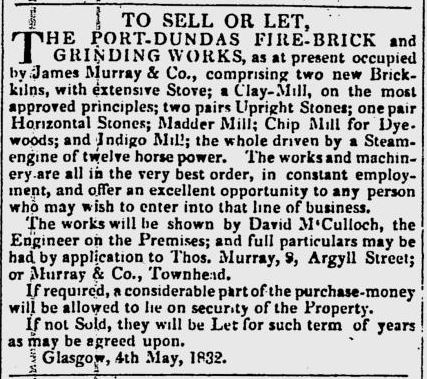 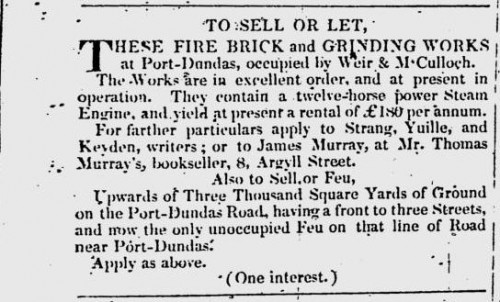 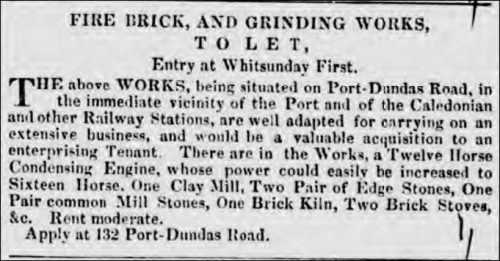 09/1849 – In September of 1849, Murray severed his connection with the company.  For most of its life, the company was noted as having an immense wholesale home and export trade. 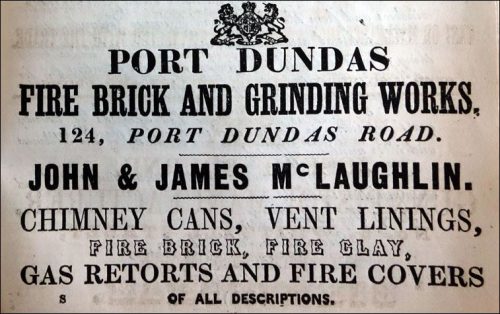 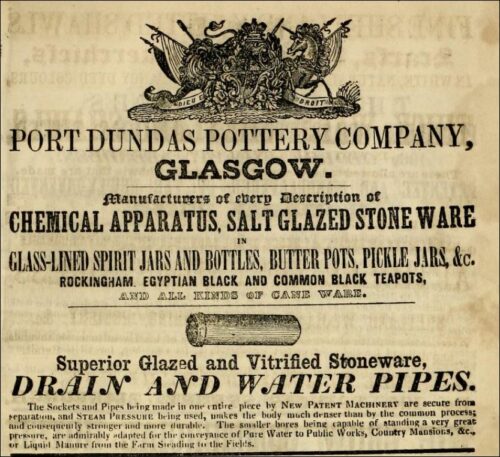 26/01/1855 – Glasgow Herald – Dissolution of partnership – The firm of J & J McLaughlin, Old Fire Brick and Grinding Works, 124 Port Dundas Road was this day dissolved by mutual consent and the subscriber James McLaughlin is alone authorised to uplift and discharge all accounts due to and by the late firm. James McLaughlin and John McLaughlin. 18/01/1855 Glasgow.

25/04/1863 – Renfrewshire Independent – At a Criminal Court held summarily before Mr Sherif Murray, on Saturday, a boy, named James McLachlan, pleaded guilty and was sentenced to 60 days imprisonment for the theft of a gold watch and other stocks from the house of his father, James McLachlan, brickmaker, Port Dundas Road, on the 5th instant.

Below – 22/10/1864 – Hamilton Advertiser – Williamwood Roman Cement Works, Kirk Street, Gorbals has been opened up by James McLachlin (McLaughlin) … Orders can be left at the Fire Brick and Grinding Works, 124 Port Dundas Road. 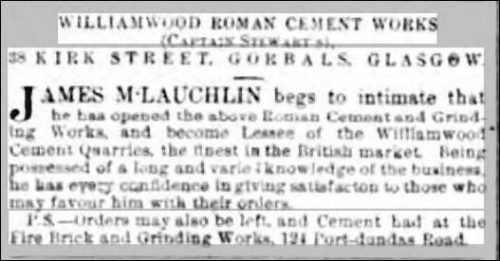 Below – 22/09/1868 – The Scotsman – Ground occupied as cement and fire brick works, Port Dundas Road for sale. Occupier James McLaughlin. (Note – SBH – This article probably confirms that the East Cowcaddens Fire Brick Works as operated by Paterson in the 1820s was located on the same site as the Port Dundas Works. This article refers to an area of 1302 square yards as does the 1822 article on my East Cowcaddens page – click me).

07/03/1884 – Glasgow Herald – To builders, fire brick manufacturers and others. For sale, that piece of ground with the buildings thereon situated in Port Dundas Road, Glasgow occupied by the late James McLaughlin in the business of a fire brick manufacturer and grinder. The grounds extend to 1302 and a third square yards or thereby and enters from no 124 Port Dundas Road. Fey duty £21 14s 1d. The goodwill of the business so long and successfully carried on by the deceased and presently continued by his representatives will be included in the sale …

14/04/1884 – Glasgow Herald – All persons having claims against the later Mr James McLaughlin, fire brick manufacturers and grinders, Port Dundas Road, Glasgow are requested to lodge the same with subscribers within 14 days from this date and all persons indebted to the deceased are requested to make payment of their debts within the like period … Port Dundas Brick Company Limited, Glasgow. 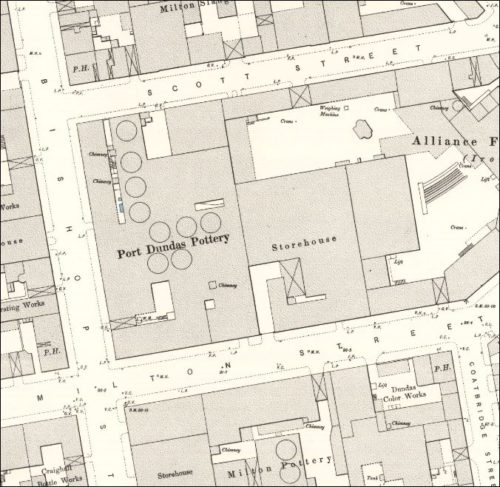 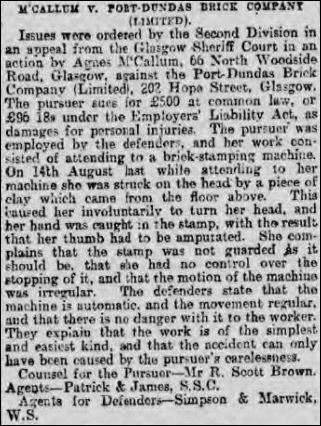 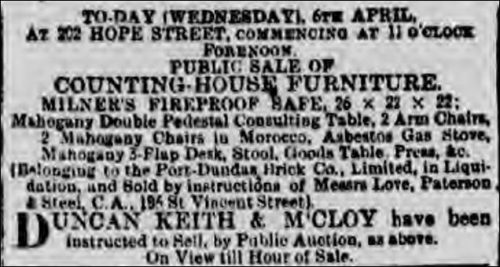