(Note – SBH – Please read this in conjunction with the Port Dundas Fire Brick Works as they appear to have been situated very close and indeed they may actually be the same site with Malcolm Paterson operating it prior to Murray’s and Co – for clarification if possible!).

Below – 26/04/1822 – Glasgow Herald – Valuable fire brick works to be sold. That plot or steading of ground in East Cowcaddens Park and on the right-hand side of the road leading from Glasgow to Port Dundas containing 1302 square yards or thereby with the whole buildings and machinery erected thereon, presently occupied by Messrs Malcolm Paterson and Co, fire brick makers … 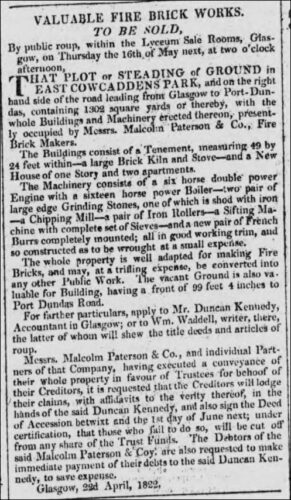 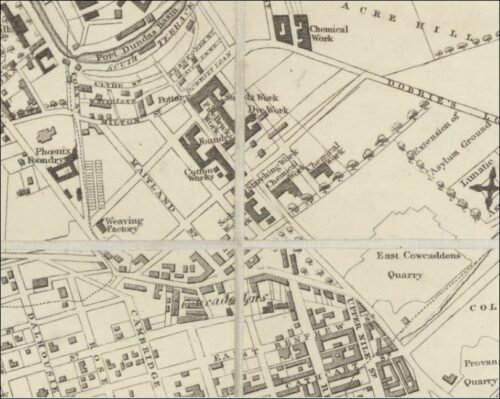