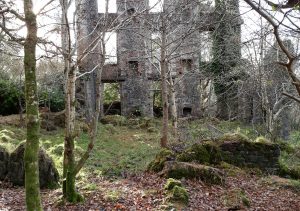 The Oban Hills Hydropathic Sanatorium was a proposed Hydropathic Hotel in Oban, Scotland. Construction of the hotel began in 1881 on a hill east of the downtown overlooking the town and the harbour. Had it been completed the hotel would have been a major landmark on the Oban skyline. The hotel was never completed due to financial difficulties and currently lies in ruins.
With the newly arrived railway making Oban accessible to Glasgow and Edinburgh, a group of Glasgow businessmen formed the Oban Hills Hydropathic Sanatorium Limited in 1881. The proposed hotel was to have contained 137 bedrooms, a conservatory, and a concert hall and seawater baths. There were also plans for a golf course, stables, landscaped gardens and a hydraulic lift to bring guests up from the town.
Robert McAlpine and Co. were contracted for the construction and 300 workers were employed in building the hotel. A miniature railway was built to carry construction materials up the hill. By 1882 the roof timbers were in place and the hotel was distinctly visible from the town below.
However, the project soon fell into financial difficulty, the cost of the hotel having been grossly underestimated. Shareholders were unwilling to continue financing the construction and the nearly-completed hotel was abandoned. The structure slowly fell into ruin as local residents pillaged stones to build their own homes.
Robert McAlpine started in the building trade in 1869. He operated out of Stonefield, Blantyre, near Hamilton, Scotland. He was the first of the family that would go onto become a huge construction and engineering Company – Sir Robert McAlpine Construction – It carries out engineering and construction for the oil and gas, petrochemical, power generation, nuclear, pharmaceutical, defence, chemical, water and mining industries
Around 1871, Robert McAlpine started to manufacture his own bricks at the Hamilton Hill Brickworks, Glasgow and at the Stonefield Brickworks, Blantyre. He stamped his bricks ‘R. McAlpine, Stonefield’
In 1880 Mr McAlpine took on a partner, his cashier, and his bricks were then stamped ‘R McAlpine & Co, Stonefield’
In 1883 this partnership dissolved. For several years McAlpine had been experimenting in the use of concrete for use in construction and he was duly nicknamed ‘Concrete Bob’. His brick manufacturing business came to an end but the construction business grew and grew.
I wanted to visit the Oban Hydro to see if I could find any stamped McAlpine bricks to confirm that he used his own on-site. I did indeed find ‘R McAlpine & Co, Stonefield’ bricks. There were also other similar unstamped red bricks. The Hydro was built predominantly with stone with the bricks, in the main, forming internal features around fireplaces etc.

An added bonus to my visit was the sighting of fire clay ‘joist shods’ in situ on some of the remaining gable ends.  click me

Below – ‘R McAlpine & Co, Stonefield’ and an unmarked brick found at Oban Hydro. 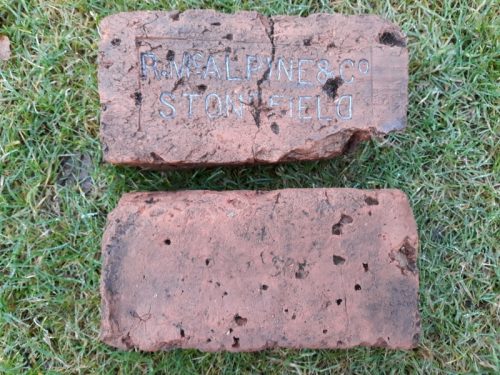 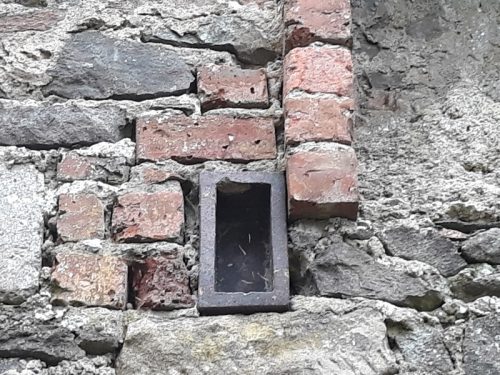 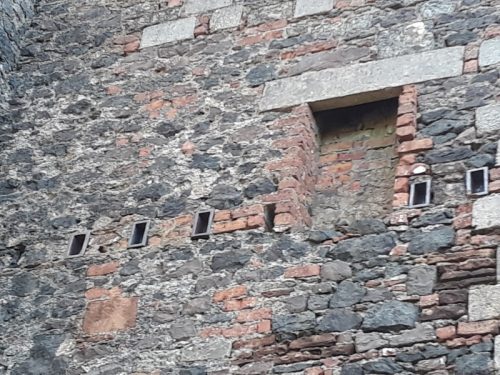 Below – Some views of the ruined building. 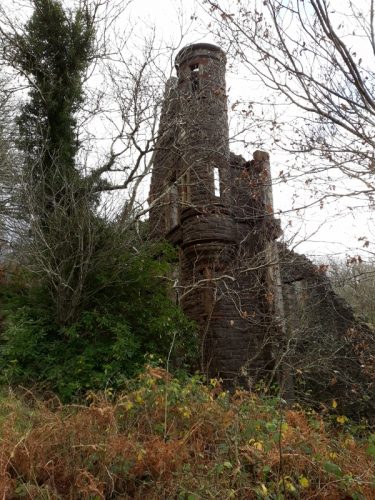 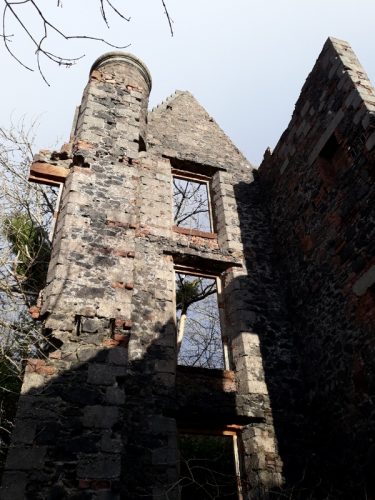 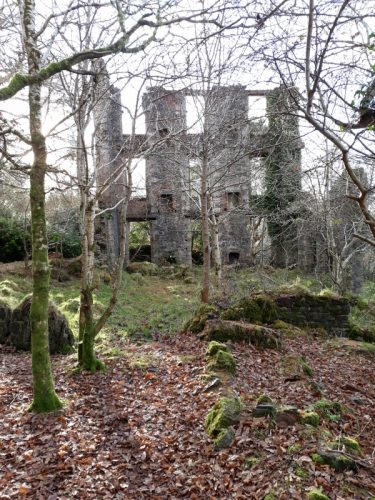 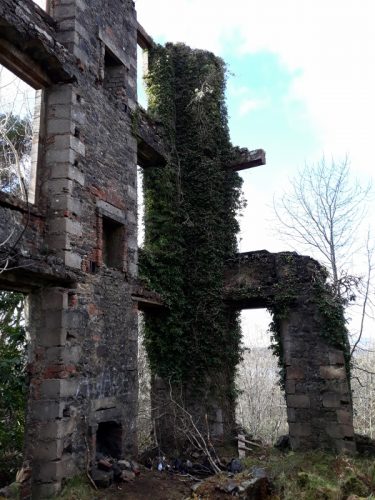 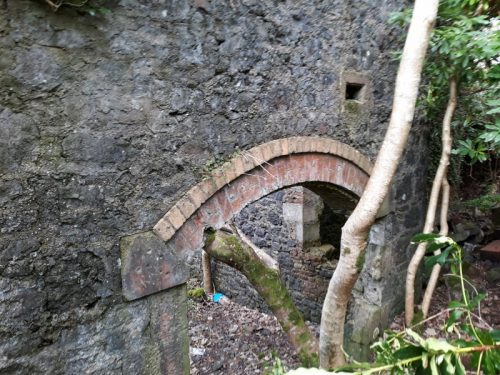 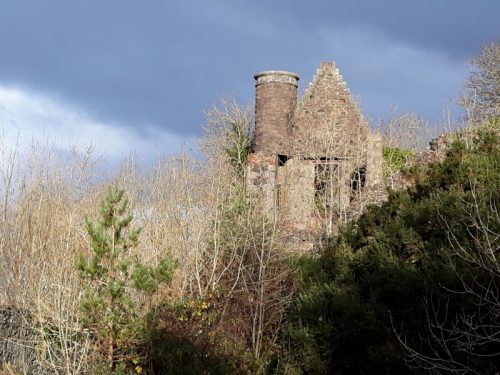