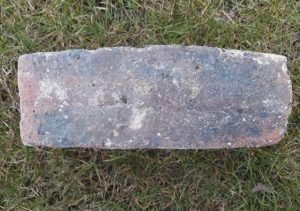 Found by Jeannie Cooper next to one of the broken piers.

27/05/1871 – Dundee Peoples Journal – It is understood that the contractors for the Tay Bridge have arranged for obtaining a large quantity of bricks from Messrs Robert Small & Co, brick and tile manufacturers, Dundee. 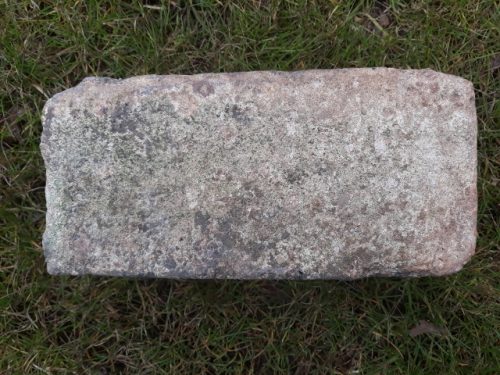 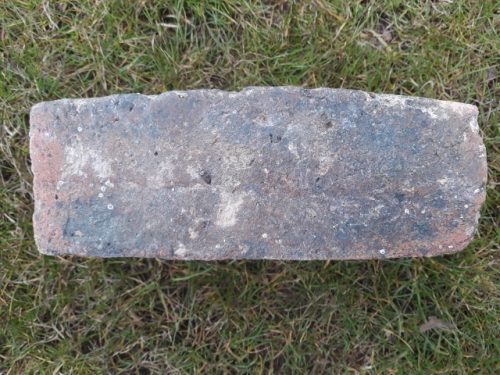 Below – The new Tay Bridge and the old piers from the original bridge to the right. 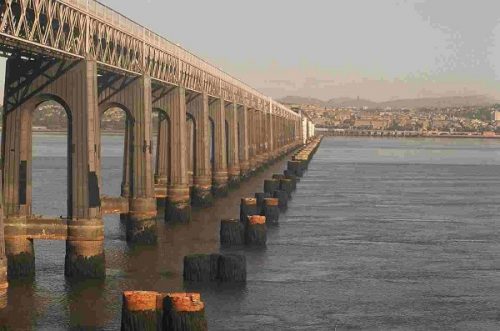 The bridge was officially opened on 26th September 1877 when a party of directors crossed over in a train pulled by the engine Lochee.

On the fateful night of 28th December 1879, during a violent storm, the bridge collapsed taking with it a train carrying over seventy passengers. The train fell into the murky waters of the River Tay leaving no survivors.

The tragedy of the Tay Rail Bridge Disaster lives on in the memory of Dundonians and, over 125 years after the event, it exercises a strange fascination over all who study it. 59 victims are known to have died, for whom 59 death certificates were produced – a tally arrived at some eight months after the disaster when the authorities had recovered 46 bodies and were able to prove a further thirteen unrecovered souls had been on the train.

Costing over £300,000, the bridge attracted the attention of many at home and abroad, including General Ulysses Grant, who visited to view the construction in 1877. Although Queen Victoria was unable to open the bridge, she did cross it in the summer of 1879, shortly before she knighted Thomas Bouch.