The bricks below were recovered by Michael Fallone and his grandson Max Borland at the site of the Yoker Ferry Station, Yoker, Glasgow.

The outward appearance of the bricks with regards colour and texture is exactly the same but the bricks were manufactured by two completely different companies viz Michael Hurll, Glasgow and JC Edwards, Ruabon, Wales. It appears that perhaps Mark Hurll was unable to provide all the bricks that were required by the contractors to build the stations along the railway line.  Or perhaps the railway already had a deal with Edwards to supply bricks for their UK projects but to keep in with the local areas they also contracted local brickmakers to supply a percentage of the bricks.

Michael states – Yoker Ferry Station was on a different line to the current Yoker Station, it was on the Caledonian Railway’s Partick to Dumbarton line which opened in 1894 -1896 and closed in 1964. I believe most of the stations were demolished shortly after closure. Yoker Ferry Station was built on an embankment and remnants of the platform can be seen in the undergrowth. I found the bricks semi-buried here and they’ve probably lain here since 1964.

Yoker Ferry Station is the one near Ferry Road Head, the ferry still operates to this day although it’s just a small passenger ferry as opposed to the chain-driven vehicle ferry that used to operate here which was rendered obsolete by the opening of the Clyde Tunnel. The rail station was a couple of minutes walk from the ferry and the site has lain derelict since 1964 and much of the line is now a cycle track.
There was also an Erskine Ferry Station on this line, it was in a cutting, but nature has taken it over as it’s now in the woods but the platform is still there and some wrought iron railings and part of the station building wall which is built with similar bricks to those found at Yoker.

Below – 1896 – Yoker Railway Station. It is the station in the centre of the map rather than the one to the top left. 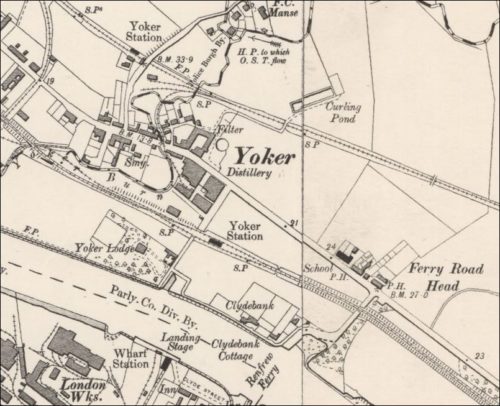 Below – The first 2 bricks in the column of 3 are shaped and manufactured by Mark Hurll, Glasgow.

The bricks have been stamped and then repressed to create the desired shape. This action has nearly obliterated the ‘Mark Hurll Glasgow’ stamp.

The ‘S’ of Glasgow is reversed. 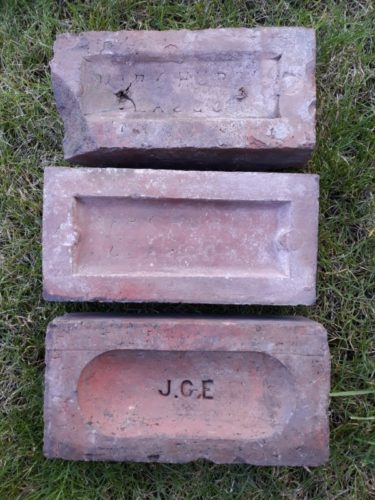 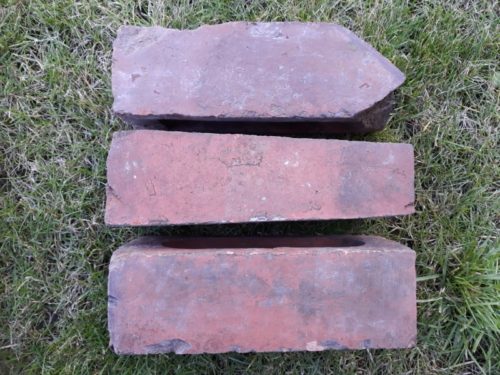 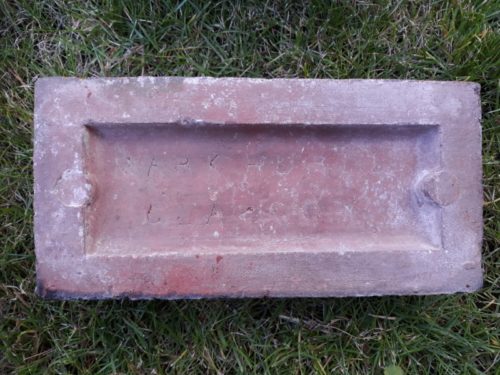 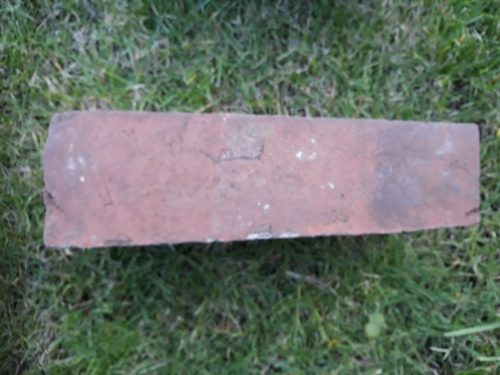 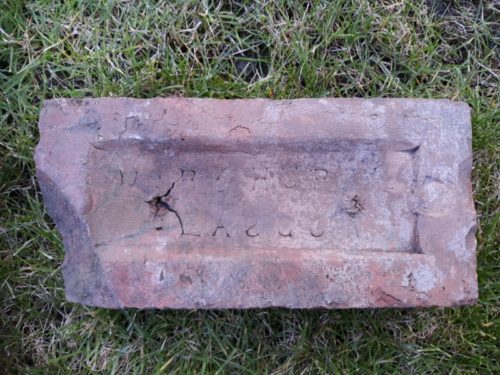 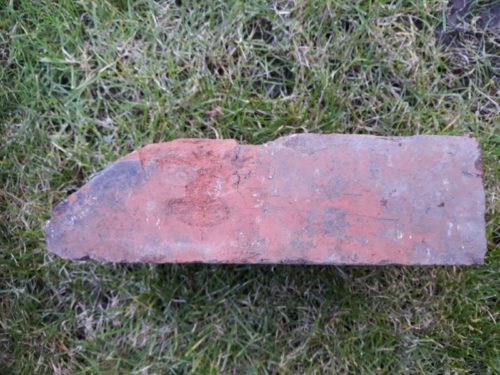 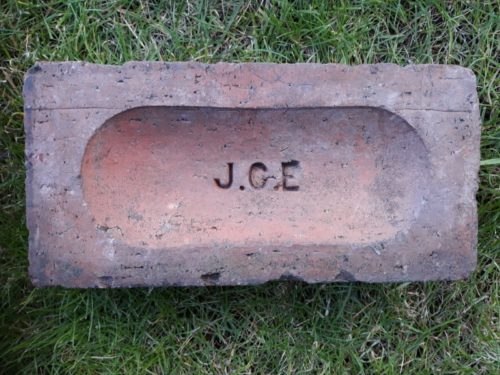 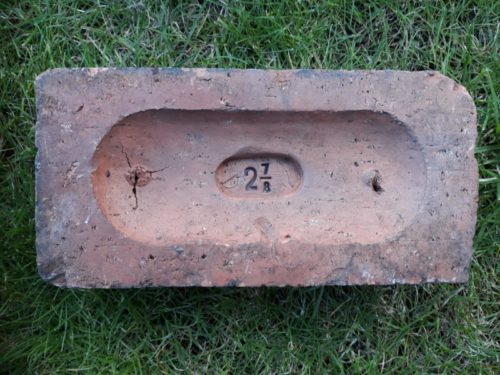 J. C. Edwards (Ruabon) Ltd, was based in Ruabon, Denbighshire, and was active from 1903 to 1956 as a brick, tile and terracotta manufacturer from its works at Tref-y-Nant, Acrefair, Albert Works, Rhosllanerchrugog, and Pen-y-Bont, Newbridge, Denbighshire. James Coster Edwards (1828-1896) founded the company; it was sold in 1956. 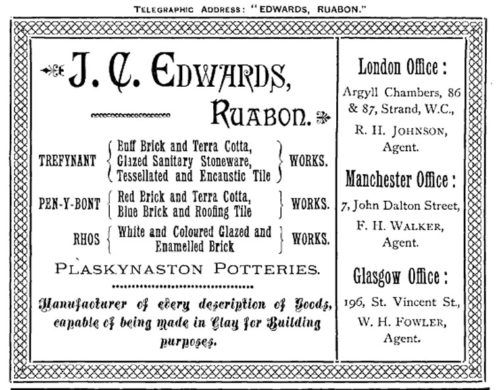