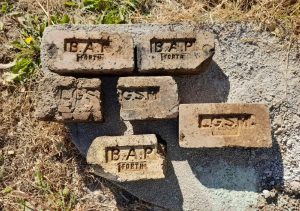 Found by Fabrizio Morelli in the foundations of his house at Huinca Renanco, Córdoba, Argentina.

I believe this brick is manufactured for the South American Railway network. click here. 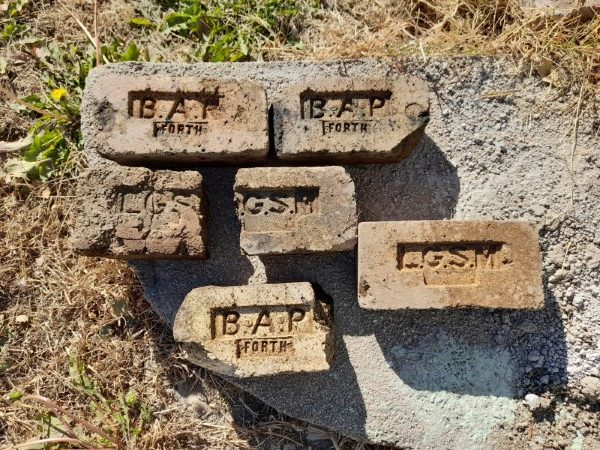 “LGSM” is an unidentified manufacturer and stamp. It is a fire brick and looks very similar in design, colour and style to the ‘BAP Forth’ brick. The ‘ L. G. S. M. ‘ brick could easily have been manufactured here in Scotland too, particularly as both bricks were found together. I suspect that ‘L. G. S. M.’ will be the customer’s name. I suspect the customer will be Argentinian.

There is a town in Argentina called “Libertador General San Martin” which has a railway station.

There is also the General San Martin railway – “Ferrocarril General San Martin“, named after the Argentine hero José de San Martín, which is part of the Argentine railway network. With a wide gauge (1676 mm), it starts from the Retiro railway terminal, in the city of Buenos Aires, and heads towards the west of the country, crossing the provinces of Buenos Aires, Santa Fe, Córdoba, San Luis, Mendoza and San John. It was formed when the railways were nationalized between1946 and 1948, occupying tracks that belonged to the Buenos Aires Pacific Railway, (BAP), owned by the British capital.

The San Martín Railway has its origins in the ” Buenos Aires to the Pacific Railway ” company established in London on October 10, 1882, with the aim of building a railway from Mercedes ( province of Buenos Aires ) to Villa Mercedes in the Province of San Martín. Luis, splicing its rails there with the Ferrocarril Andino. The entrance to the Federal Capital was initially carried out through the tracks of the Western Railway (Today FC Sarmiento). Later the Ferrocarril al Pacífico would build its own access to the Capital and would extend its services by incorporating new branches and acquiring other companies.

Later, the San Martín Railroad tracks were operated by the Latin American Logistics companies of Brazil, Buenos Aires to the Pacific.