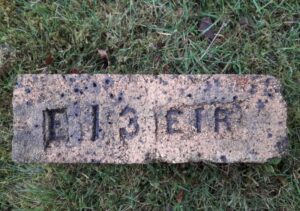 Found on the site of the old Hurll, Garnqueen Brickworks.

Although the manufacturer of this brick is unknown it is, because of the find location and other related stamps, very likely that this was manufactured at Garnqueen by Hurll.

The East Indian Railway Company, later known as the East Indian Railway (EIR), introduced railways to eastern and northern India, while the Companies such as the Great Indian Peninsular Railway, South Indian Railway, Central India Railway and the North-Western Railway operated in other parts of India. The company was established 1 June 1845 in London by a deed of settlement with a capital of £4,000,000, largely raised in London. 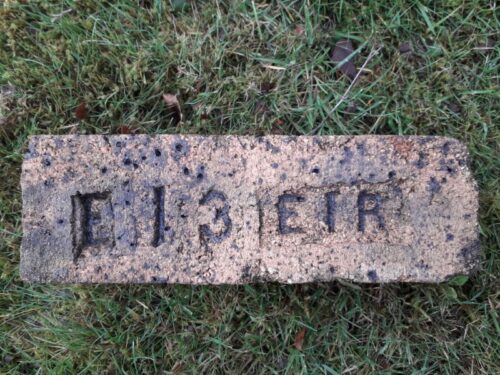