Rosyth Old Church, Limekilns is situated on the shore of the Firth of Forth between Limekilns and the Rosyth Naval base, Fife, Scotland.

Rosyth is first recorded in a charter of 1178, which granted the land to the Monastery of Inchcolm. Rosyth Old Kirk ceased to be used sometime between 1630 and 1648 and is annotated on Ainslie s 1775 Map as Rosyth Kirk in Ruins, however, the graveyard continued to be used, with gravestones set into the interior of the church.

Burial ground: Earliest gravestones date from mid 17th century. Some gravestones inscribed 2 rooms or 4 rooms; some engraved with skull and crossbones, cherubs and trade symbols such as anchors and chisels. A large monument to Thomas Bruce, the Earl of Elgin and Kincardine who donated the burial ground to the parish, dated 1812 and 1827. A private burial ground for Bruce family to northeast bounded to the southwest by low, droved stone wall with iron railings and gate.

Mort House: Early-earlier 19th century (1825?). Mort house to South of the burial ground. Sandstone rubble; built into the bank at the North. Projecting eaves course to South. Certificate relating to ‘Rosyth Safety Vault’ published in N Fotheringham’s book states that the bodies could be kept in the vault for up to 2 months in summer and 3 in winter before internment, by which time they were of no use to the anatomists and therefore safe from theft by the body snatchers.

A visit to the graveyard on 17/03/2019 revealed that the graves within the churchyard were each identified by salt-glazed brick grave markers.  Each brick was tapered, probably to assist insertion into the ground and each bears a unique identification marker.  The bricks appeared to be salt-glazed fire bricks and the grave identification marks were indented on one end. There were no manufacturers marks on these bricks.  These bricks were individually stamped and fired to order. There would be hundreds within the graveyard.

Below – 3 general views of the graveyard. The 3rd photo shows the mort house. 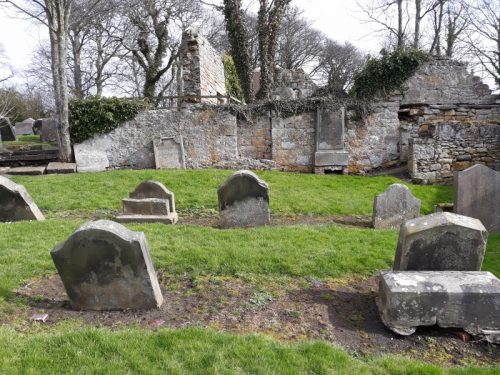 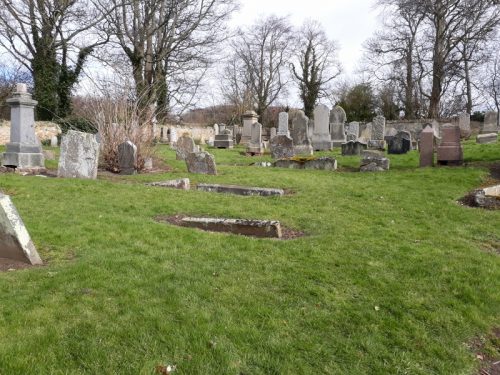 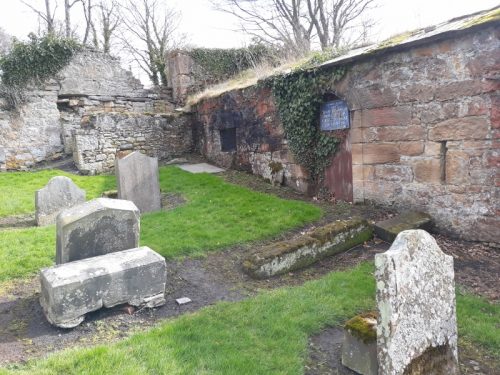 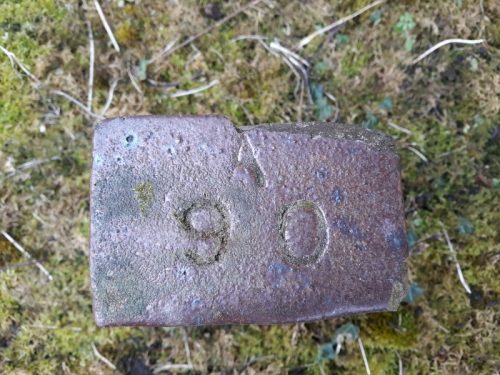 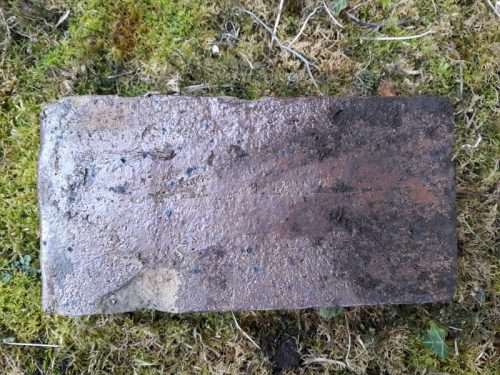 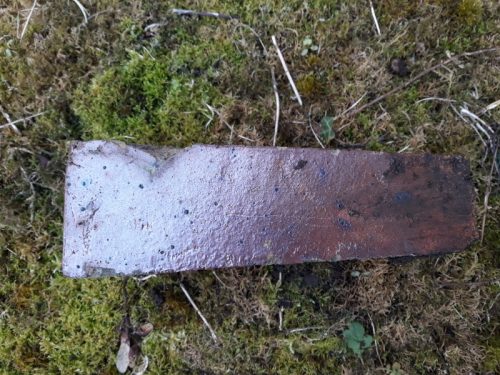 Below – Some general views of the graveyard showing the brick grave markers in situ. 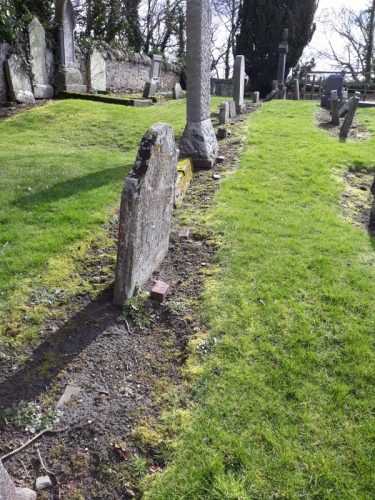 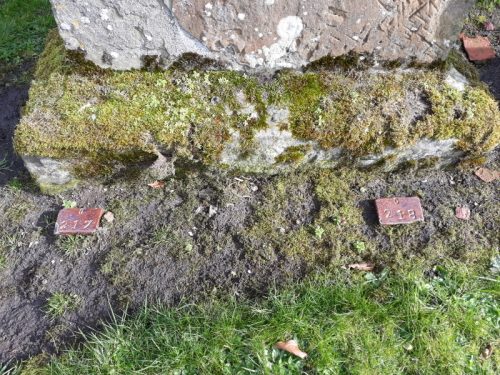 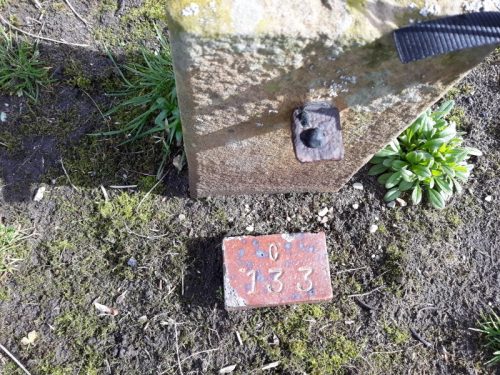 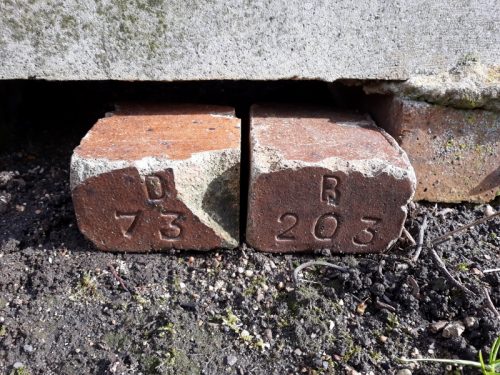 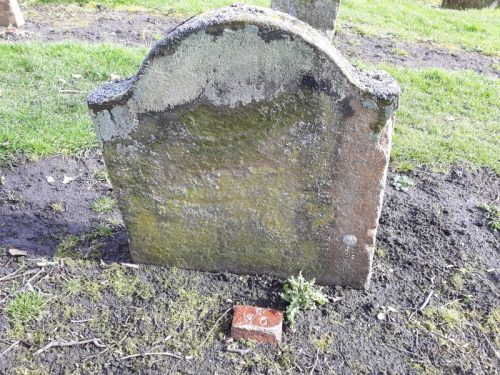 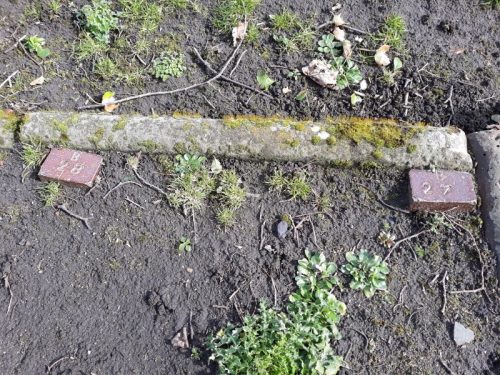 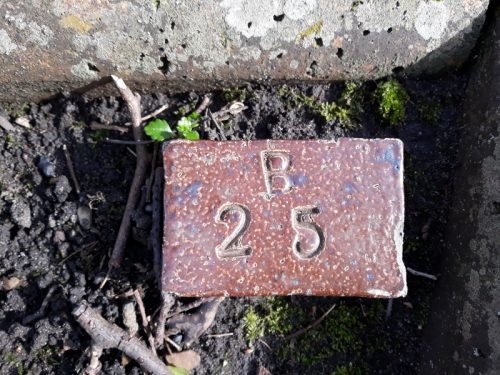 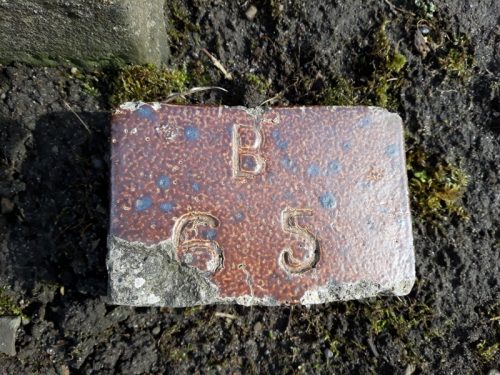