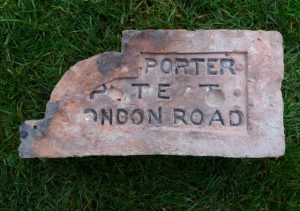 Found by Michael Fallone at the Victoria Bread and Biscuit Works during demolition.

James Lang opened a shop and bakery in Gallowgate in 1817. His nephew, John Macfarlane, joined the business and took over when James died. A new bread factory was built at Wesleyan Street in Calton in 1880. The firm decided to move into machine-made biscuit manufacturing and opened the Victoria Biscuit Works on an adjoining site in 1886. Expansion to London followed, with the opening of the Imperial Biscuit Works in Fulham in 1903.

In 1925 a new Victoria Biscuit Works with modern equipment was opened in Tollcross. Macfarlane Lang joined with other biscuit manufacturers to form United Biscuits in 1948. United Biscuits has since expanded to become one of Britain’s leading food suppliers, and the Tollcross factory remains a major employer in Glasgow’s East End at the beginning of the 21st century.

Below – A selection of biscuits manufactured by Macfarlane Lang & Co, advertised in 1915. 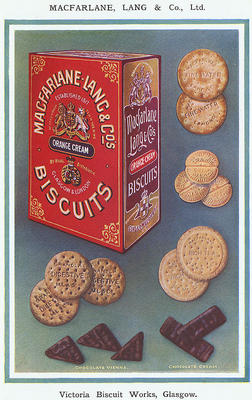 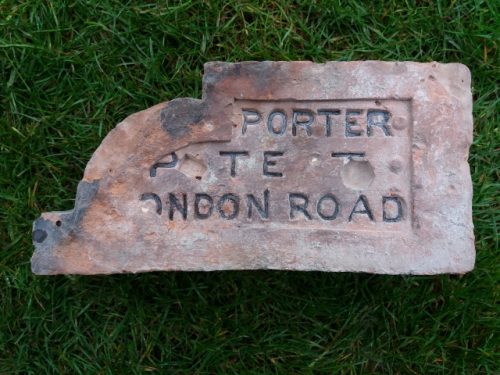