Found by Michael Fallone in Maryhill Road, Glasgow during demolition.

Michael states – I found the same Clack 1872 bricks in the rubble of several tenements in the Maryhill Rd Glasgow area, the bricks formed a cornice just below the gutters. The bricks were laid alternately, one moulded, one normal. The moulded ones protruded from the wall to form a small corbel, the normal ones end on, flush to the wall. This small cluster of tenements, all close to each other, are the only ones I have come across in Glasgow to feature a moulded brick cornice instead of sandstone. They were probably constructed by the same builder and have all been demolished.

Both bricks referred to are shown below. 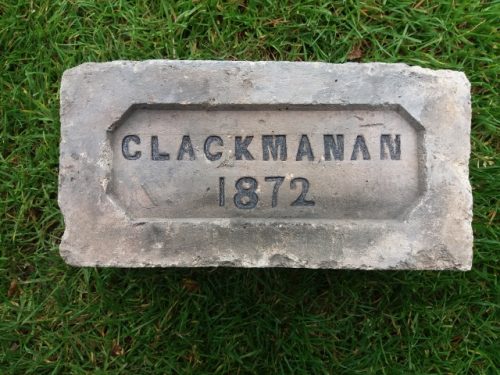 Below – An unmarked shaped brick found at the same site and also believed to be a Clackmannan from the same time frame. 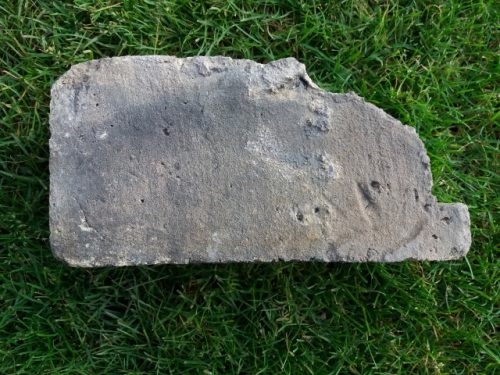