21/03/1874 – Wishaw Press – A woman residing at Omoa Square, Cleland, named Mary McManus, met with a severe accident on Saturday last, at Chapelknowe Brickworks. She was sent into the engine-house for a piece of wood, and while there the connecting belt caught her arm and pulled her amongst the machinery. Before she could be extricated her right arm, back, and other parts of her body were fearfully lacerated.

Below – 1896 – Although not marked, this is the area the brickworks used to be located in. (According to Canmore). 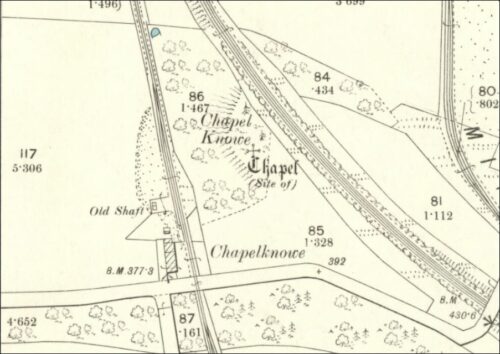