20/6/1979  – Offices of W G Patterson & Co, Ballochmyle Brickworks, Knowehead Quarry, Dumfries & Galloway Ballochmyle Brickworks was opened in 1935 at Knowehead Quarry, Locharbriggs, 3.2km north-east of Dumfries. The brickworks used waste sandstone dust and fragments from the quarry to make sand/lime bricks. The brickworks closed in 1977 but one quarry is still active. This shows the offices of W G Patterson & Co, which ran the quarry at Locharbriggs where Ballochmyle Brickworks was established. In such cases, it was not unusual for company buildings to be built using bricks made on-site, like the sand/lime bricks used to construct these offices. Ballochmyle Brickworks employed eleven men. As well as the foreman, there were four men responsible for preparing and mixing the sand and lime while another four pressed the mixture into bricks. Also employed, was a boiler man and another employee in charge of material supplies. Source: RCAHMS contribution to SCRAN. 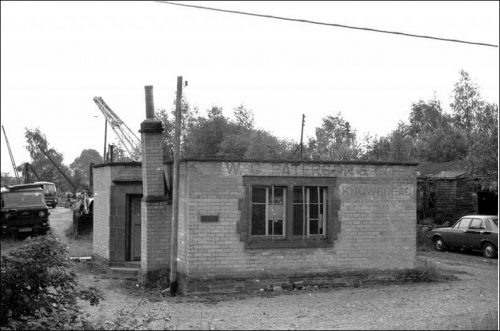 Information – The quarries attempted producing their own bricks made from the ‘Shimmers’ (waste from dressing the stone) which was crushed and mixed with lime. The bricks were then baked in a steam oven for several days to cure and harden them. They were never a success being regarded as too soft and prone to causing dampness. As a result of these problems only two blocks of houses in Kilmarnock Road, Mauchline were constructed with them in the late 1930s. A section of brick wall still remains today in the Haugh Road in Mauchline, where it was constructed as a loading point for the bricks onto road transport. The bricks were manufactured by The Ballochmyle Brick Company an offshoot of the Ballochmyle Quarries. 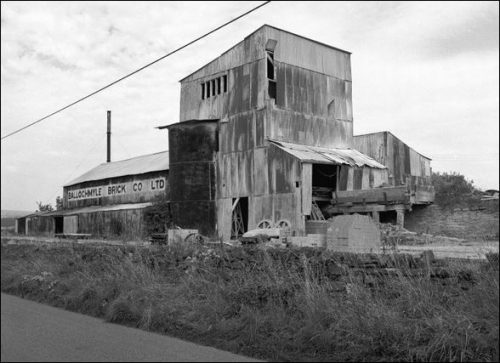 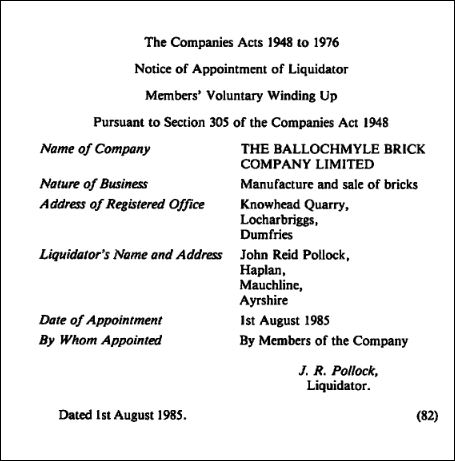