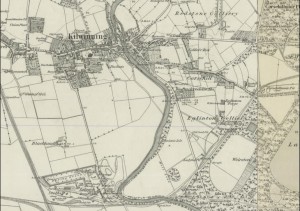 Captain Archibald Kenneth of Shewalton and his two sons Robert and James, were substantial coalmasters in Ayrshire, with several brickworks using the fireclay and blaes mined with the coal.  One of their earliest was the Eglinton Fireclay Works, on the east bank of the Garnock river between Buckredding House and Weirston Lodge, and beside the Eglinton Colliery.  This brickwork should not be confused with the Eglinton iron Fireclay Works, which lay a mile to the southwest on the Ironworks site.  Kenneth’s Eglinton brickworks is mentioned in Slaters Directory of 1889 and 1900, but it was demolished by 1911.

The Warrix Fireclay Works near Irvine was built about 1896 to use the fireclay mined from the coal pit of Warrix, about a mile to the south.  The brickworks was disused by 1938, and the site is now covered by the Irvine by-pass motorway.  Kenneth made firebricks after the 1914-18 war, but this was only a small part of their main business of building bricks.  They were very large makers at their Springside, Montgomeryfield, and Annandale brickworks, with smaller production at Commondykes, Pitcon and Broadlie Works. 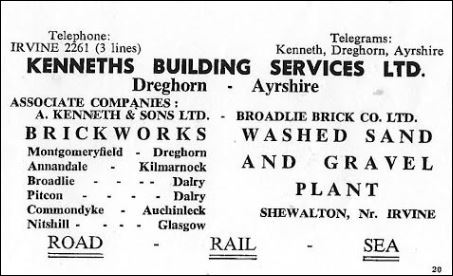 Below – Many thanks to Helen Kenneth for forwarding a photo of this ‘K’ stamp. Helen is James Kenneth’s granddaughter. 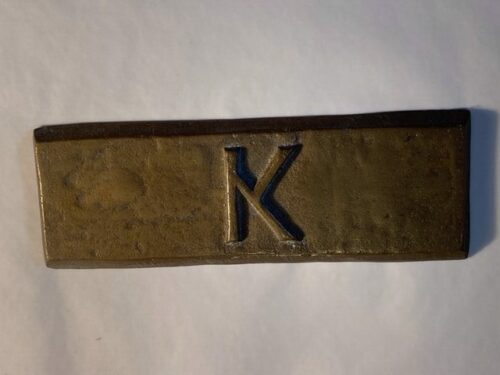