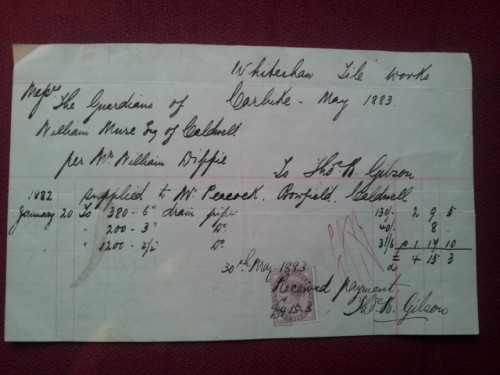 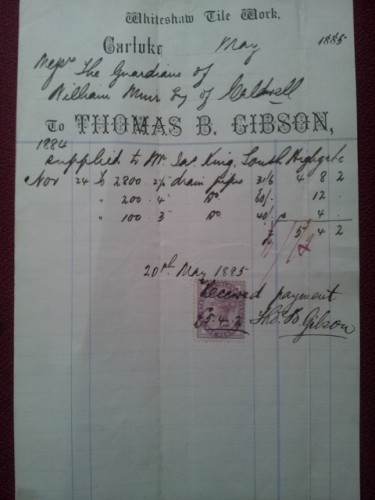 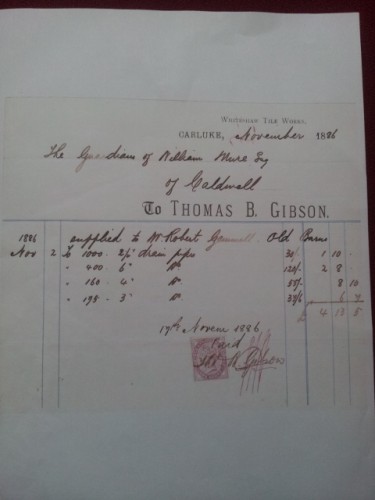 02/02/1906 – Perthshire Advertiser – A lad named Dickson, 18 years of age, met with his death on Wednesday while at work at Whiteshaw Tilework, Carluke. Dickson was engaged with others at the loading bank of the railway siding, and on a waggon being moved along to make room for another it rebounded, and Dickson was caught between the buffers and severely crushed, death resulting almost immediately.

01/04/1921 – Carluke and Lanark Gazette – Sudden death of Mr John Gibson, (69), Milton Bank – Knocked down by a cyclist … In early life, Mr Gibson was in the drapery business but in 1887 he became associated with his brother Thomas in the Whiteshaw Tilework and on his death, the business was carried on by Mr Gibson and his brother Richard. In 1896 they removed to Milton Tilework where a large business was carried on till his brothers’ death about 4 years ago (c. 1917), since when it has been conducted by Mr Gibson and his son Richard … 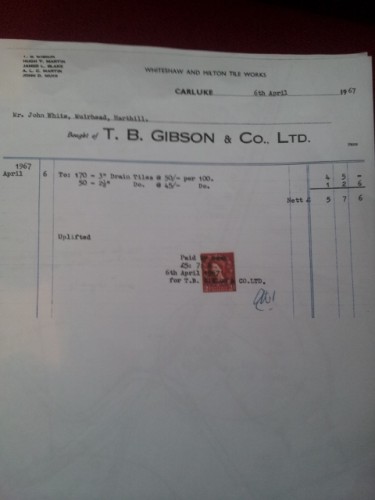 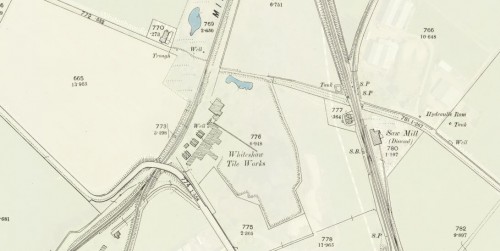