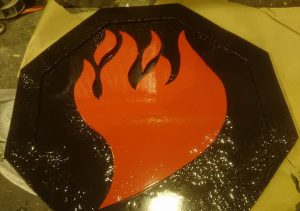 1969 – Taken over by Hepworth Ceramic Holdings.

1997 – Taken over by an American holding company – Alpine. 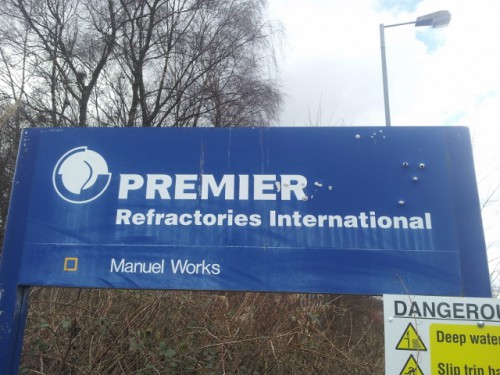 Below – One of several such signs that used to line the entrance fence into the Manuel Works. Before and after – refurbished by Mark Buchanan. Trademark of Hepworth Refractories. 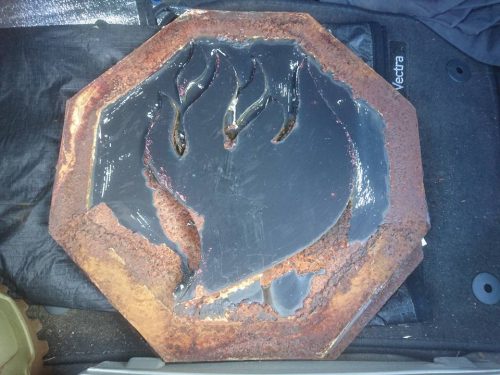 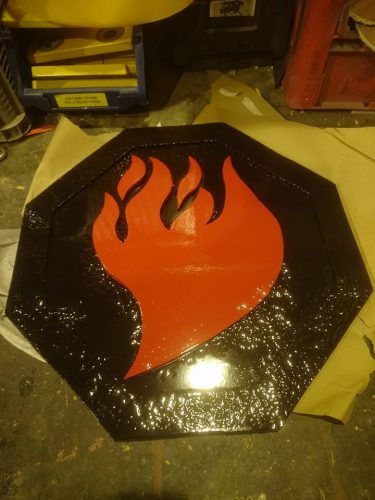 Below – Miniature bottle of malt whisky especially bottled for Hepworth Refractories in 1987 when they won the Queens Award for Exports.

Plus a Premier Refractories International keyring which doubles as a bottle opener. 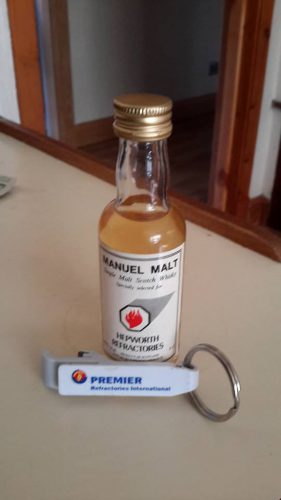 Below – Another similar miniature of whisky but with presentation box. Photo courtesy of Alex Steven 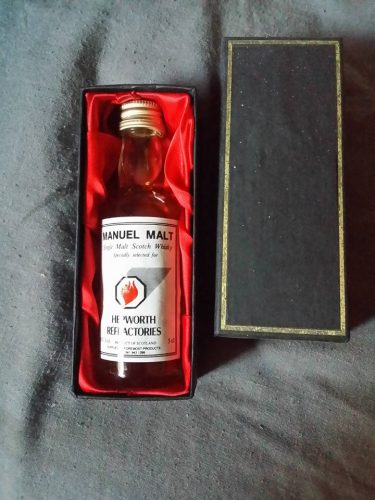 The following items were donated by Harley Marshall, who joined John G Stein at the Castlecary Works in 1949 and thereafter became an Export Manager at the Manuel Works.

Below – A GR-Stein Refractories Limited folder that estimates etc would be sent out to customers in. 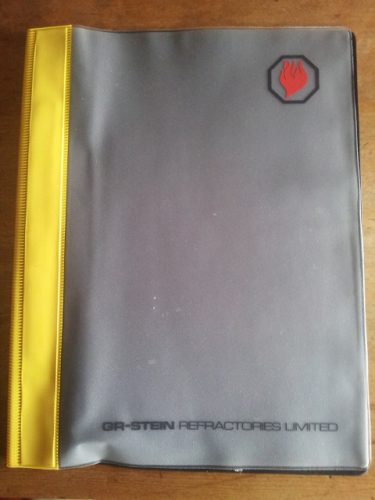 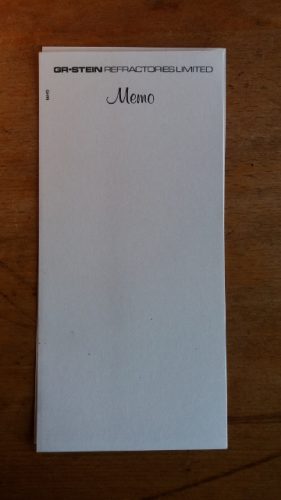 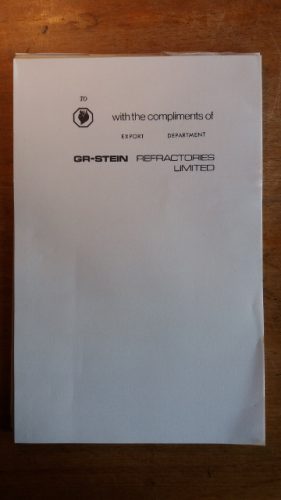 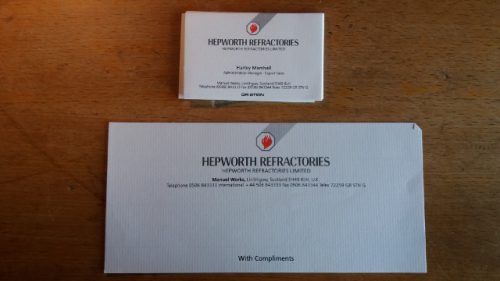 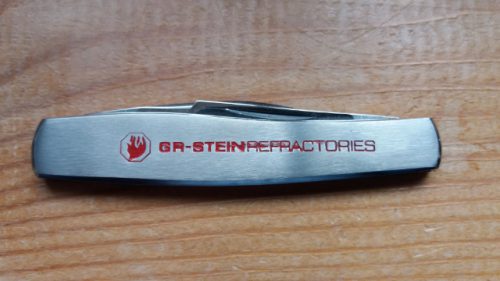 Below – A GR- Stein Refractories Notepad block – unopened. The photos show 2 side views. 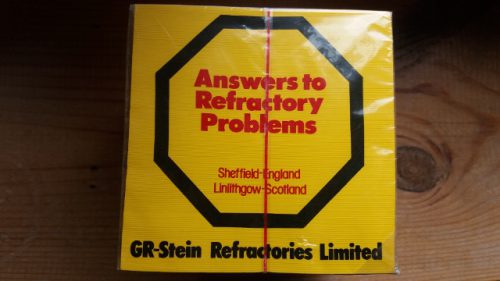 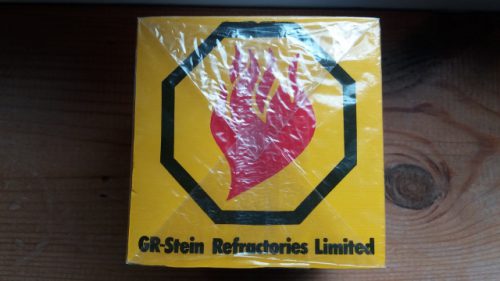 Below – A GR- Stein Refractories book of matches showing fantastic detail on the match stems. 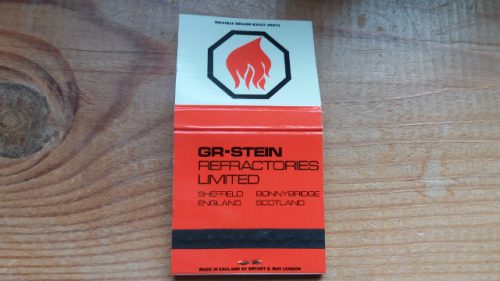 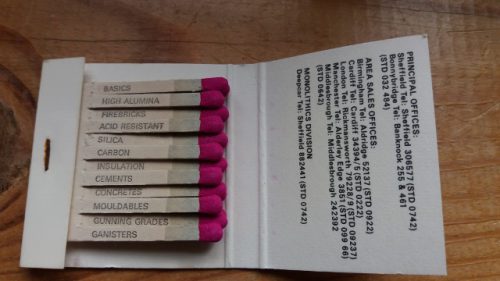 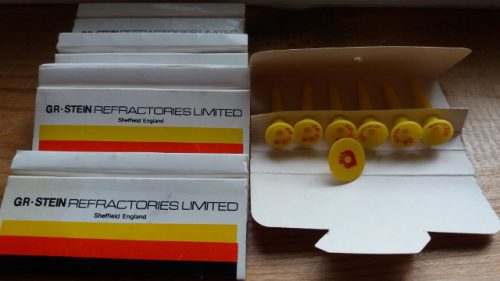 Below – A William Wilson & Co, Lilybank Boiler Works, Glasgow paperweight which Harley and his colleagues used in the drawing-room to hold drawings, of bricks, furnaces and other structures, to the draughtsman’s table. 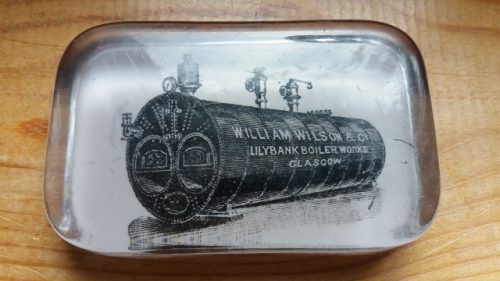 Below – Manuel Works accident book from 1978 – 1991 – details employees who were injured at work. Kindly donated by The Sirius Group 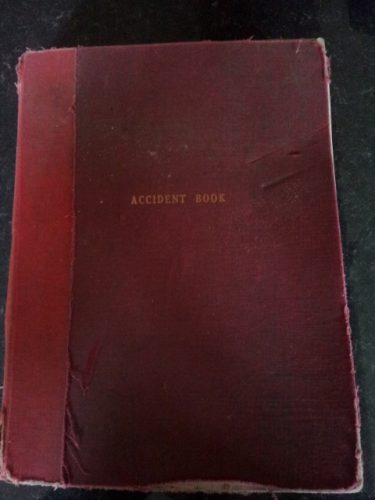 Below – 2 large framed aerial views of the Manuel Works. Kindly donated by The Sirius Group 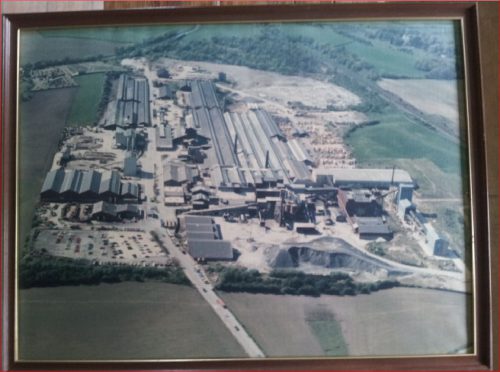 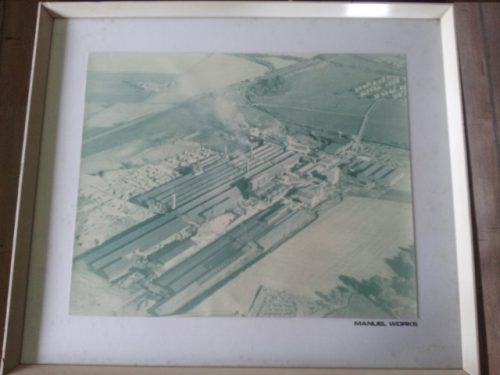