Below – 02/04/1796 – Caledonian Mercury – Could this have been the original advert for the plot of land that would become the brick and tile works, Shore, Stirling? 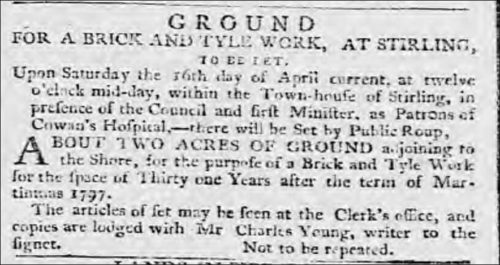 09/07/1818 – Caledonian Mercury – To be sold, a valuable genteel residence in the town of Stirling. On Wednesday the 19th of August 1818, if not previously sold by private bargain, there will be exposed to public sale, within the house, of John Masson, vinter in Stirling, at two o’clock afternoon.  That large and commodious house, offices, gardens, granary, wood-yard, counting-house, and others, on the north-side of Baker Street, Stirling, as formerly advertised also a Half-Share of the concern of the brick, tile and lime works at Stirling Shore, belonging to Alexander Wright and Company.  The articles and title-deeds will be shown by James Chrystal, a writer in Stirling, to whom, or to Mrs Glass, the proprietor, an application may be made for farther information. 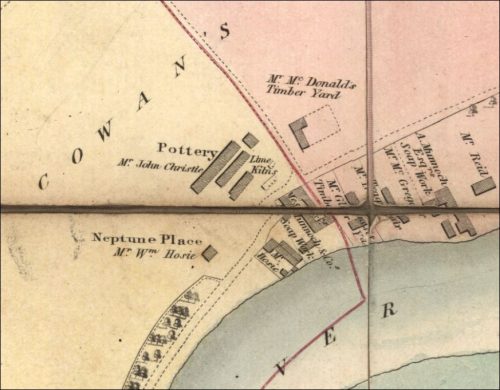 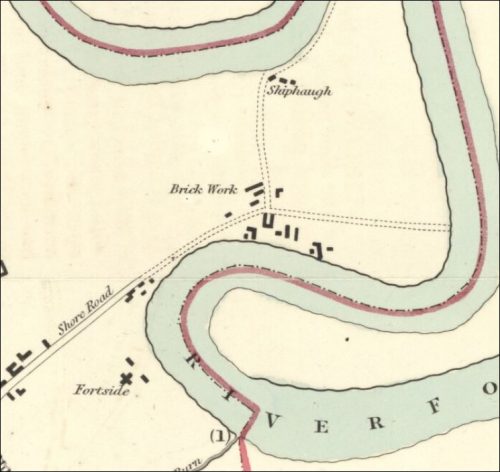 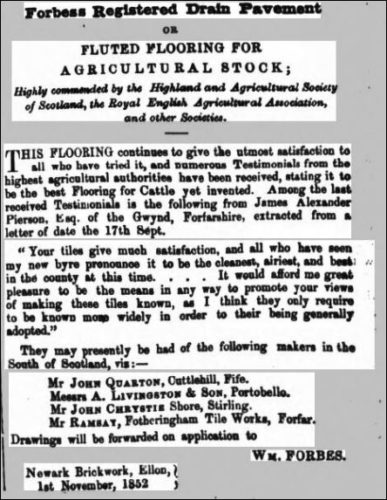 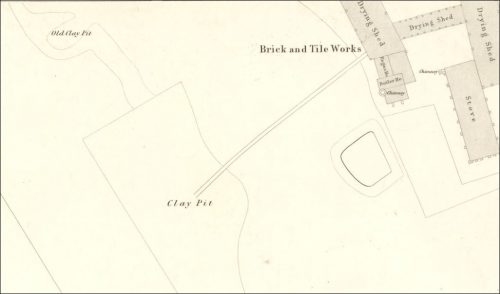 Below – 02/04/1864 – Alloa Advertiser – Discovery of the skeleton of a whale – On Tuesday, whilst workmen employed in extending the erections at Messrs Christie & Son’s brick and tileworks, Cornton Siding, were cutting the foundation base for a wall, they came upon the skeleton of what must have been a  whale of very large size. The only portion which has yet been exposed is a part the cranium, viz., the back part betwixt the blow-hole and neck. This part when measured has been found to be four feet nine inches across. The measurement cannot, however, be taken as the true criterion of the real size, as portions of the skull had been detached by the tools of the workmen before the nature of the discovery was thoroughly understood. The remains lie embedded at a depth of betwixt five and six feet in the blue alluvial deposit popularly known as the boulder clay. Some idea of the size of the animal will be gained when it is known that the spinal vertebrae have been ascertained to lie across space of 26 feet, at which distance from the head a portion of them have been exposed some time ago by the workmen when opening the foundation of a parallel wall. The workmen on that occasion being on piece work and probably more intent upon high wages than archaeological discoveries, and as the bones did not interfere with the level of the base works, little attention was paid to the matter at that time and it was only on Wednesday after the skull had been exposed that the public were made aware of the fact. We hope that prompt measures will be adopted to ensure its speedy and honourable resurrection. It is seldom that archaeology has such a chance of obtaining an interesting specimen and the cost of exhumation would prove but trifling, thus we trust these gigantic remains will soon be safely ensconced in some museum whence they may speak to future generations of the ancient inhabitants of our now fertile valley and our mind to deeper research and wider ponderings upon those times when the deep green waves lashed the still plainly indented beaches of Touch and the touring icebergs dashed with thundering crash on the boulder rocks of an infant Demyat. 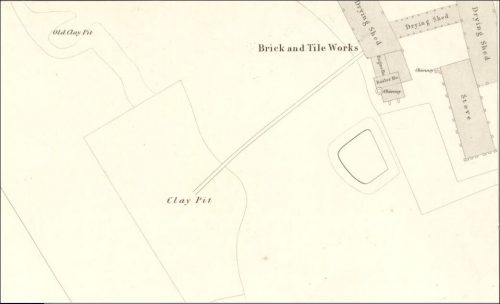 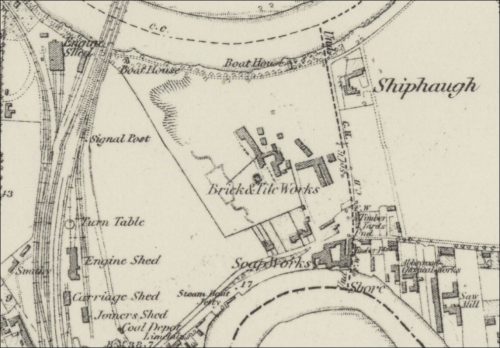 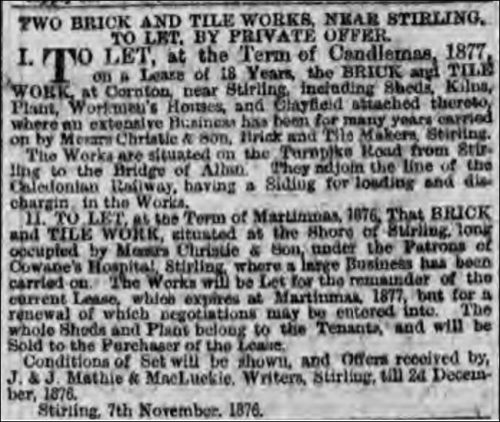 22/02/1877 – Stirling Observer – (An article referred to in the Stirling Observer 20/02/1917) – The trustees of the late Mr John Christie, brick and tile maker at Stirling and Cornton beg to announce that they have sold the stocks of bricks, tiles, and manufactured goods, belonging the firm of Messrs Christie & Son, to Mr John Govan, brick maker and brick buildier, Stirling, who will hereafter carry on the business at these works.

16/12/1886 – Edinburgh Evening News – Reference to the trustees of the late John Christie, brick and tile maker, Stirling with regards a court case regarding salmon fishing in the Forth near Stirling.