17/07/1828 – Perthshire Courier. The subscriber has got a considerable quantity at the Perth Brickfield on the side of the Glasgow Road, immediately beyond County Place, which he is to sell on moderate terms. Orders will be received at the works. Those wishing flue covers, or a particular size of a brick, will please give immediate notice. The subscriber begs to mention, having always a number of excellent bricklayers employed, he will be happy to contract with gentlemen for building brick walls or any other work in that department. James Thomson. Perth Brickfield 09/07/1828. (Note – SBH – I am not sure if the Brickfield was located exactly where the later Brick and Tile Works were situated. Certainly, both appear to be situated off Glasgow Road.)(See also the Northside Brick and Tile Works, Perth.)

23/09/1858 – Perthshire Advertiser – Perth Brick and Tile Works adjoining the Glasgow Road and Railway Terminus. On hand a large stock of common red bricks, roofing tiles and draining pipes and tiles. Apply to the manager at the works or to Messrs Christie & Son, Brick and Tile Works, Shore Road, Stirling.

1859 – 1862 – ScotlandsPlaces – Perth Brick and Tile Works. A few chains south of Dovecotland. A large manufactory of bricks and tiles lately established in which bricks for building, tiles for draining and roofing are made. Held on lease by Messrs Christie & Son. The property of the Earl of Kinnoull. 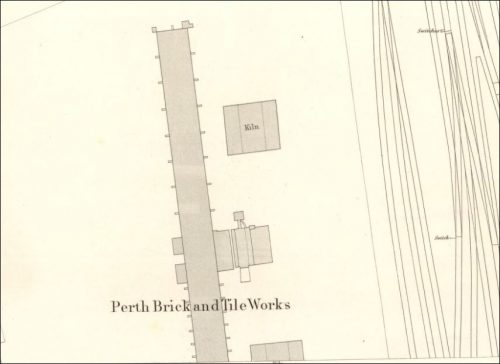 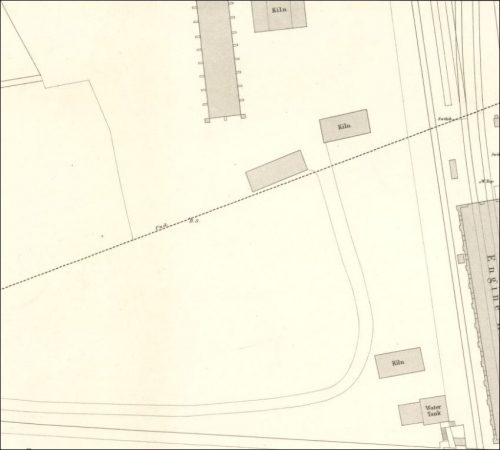 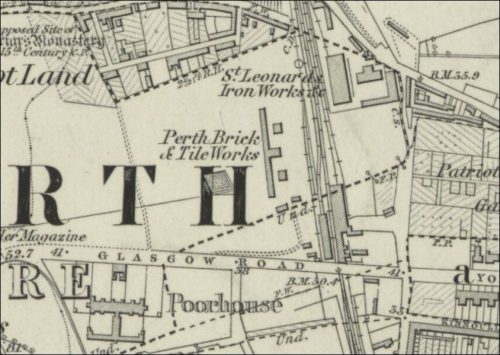 09/08/1866 – Dundee Courier – Serious accident. Yesterday morning a serious accident occurred in the Dovecotland Brickwork, occupied by James Wood, contractor, Perth, to a boy nine years of age, son Peter Devany, brickmaker, South Street, Perth. The boy was employed in the works and wishing to know what time it was, crossed the “drum” of the machinery, which is quite contrary to the rules of the work. It may be stated that the clock stands in another apartment. On recrossing, his right foot got entangled in the wire rope which works on the drum, crushing it most severely, close to the ankle. The accident was almost instantly noticed and the drum immediately disengaged, else the consequence might have proved fatal. The poor lad was removed to the infirmary, when it was found necessary to amputate his leg, and where he lies in a very precarious state.

21/01/1878 – The Scotsman – Extensive and important sale of tile makers plant &c at Perth. Messrs Hay & Kyd have received instructions to dispose of the whole valuable plant &c at the tileworks, Dovecotland in the immediate vicinity of the Perth general terminus, which belonged to the late John Christie of Stirling, on Tuesday the 19th day of February next at eleven o’clock. The plant &c consists of the whole buildings on the ground with the exception only of the cottage occupied as an office or counting room and foreman’s house, engine and boiler of about 12 horsepower, various machines for the manufacture of bricks and tiles, barrows, spades, shovels and other implements and tools, a considerable quantity of battens and planks, a cart and cor chest and some railway rails. For further particulars apply to Geo. Condie, Conning & Co, solicitors, Perth who will show a list of the whole articles to be sold and give permission to inspect them. Perth, January 1878.