(Note – SBH – This may be one of the same as the Gorebridge Coal and Fireclay Works, Gorebridge, Midlothian)

(Note – SBH – I am uncertain as to whether references to the ‘Vogrie Brickworks’ refer to the Vogrie Brick and Tile Works at Newlandrig or the Vogrie Coal and Fire Clay Works at Gorebridge).

08/09/1886 – Glasgow Herald – Going colliery and brickworks for sale … All and whole the tenants right to the mineral field on the Vogrie Estate. The field is about 2000 acres in extent and the minerals actually proved, embrace an area of over 200 acres … All the whole and erections at the colliery consisting of kilns and other buildings presently used in the carrying on of a large brick and fireclay manufactory … 28/08/1886. 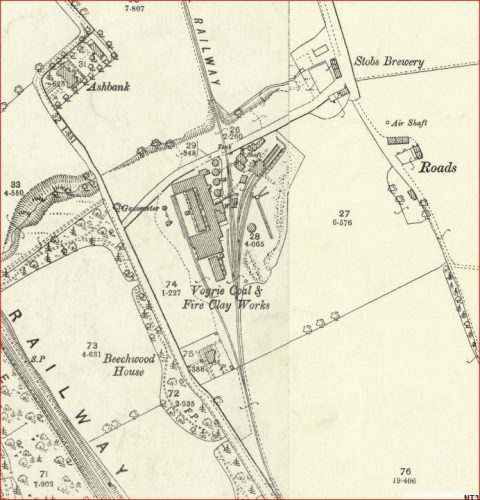 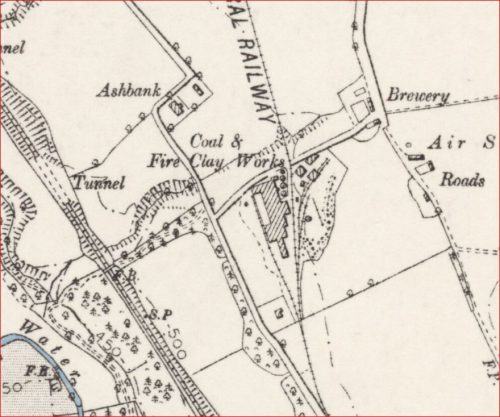 28/09/1894 – Musselburgh News – The coal strike … Gorebridge … At the Vogrie Pit there were only a couple of oncost men at work on Wednesday. Usually, there are 60 miners employed. The brick and pipe work in connection with the pit was dependent on the supply of English coal for the carrying on of business. 50 persons are employed at the pipe and brick making and they have been employed off and on since the strike according as there was coal on hand or not. The work was stopped on Tuesday until the coal could come on. The men were quiet. The police reported no disturbances and so far as it affected the public peace in Gorebridge the strike was not known … 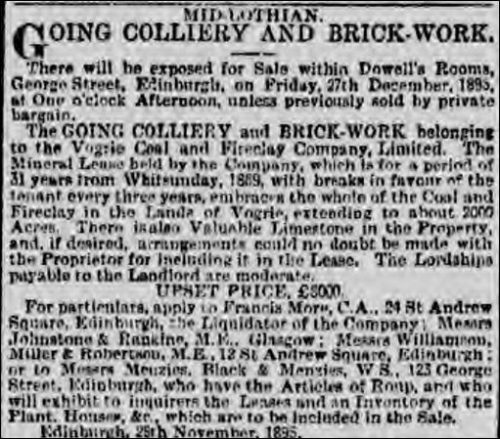 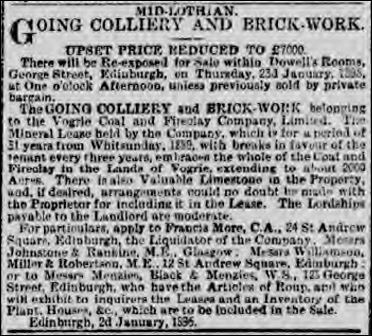 13/03/1896 – Portobello Advertiser – Stoppage at work – The Vogrie Coal and Fire Clay Works which were placed in liquidation twelve months ago, were shut down last Friday, pending the arrival of settlement with intending purchasers. In the meantime, 120 workmen have been thrown out of employment.

Below – 12/06/1896 – Portobello Advertiser – Vogrie Coal and Fire Clay Company may be re-opened by the Arniston Coal Company.

01/07/1898 – The Edinburgh Gazette – The Vogrie Coal and Fire Clay Company in liquidation, in liquidation. “Notice is hereby given that a Note by Francis – More, C.A., Edinburgh, Liquidator of said Company, was, on the 28th day of June 1898, presented to the Court of Session (Lord Stormonth – Darling, Ordinary,—Mr McCaul, Clerk), praying the Court (1) to approve of the Liquidator’ intromissions in said Liquidation from and since 22nd January 1897 ; (2) to exoner, acquit, and discharge the Liquidator of his whole actings, intromissions, and management as Liquidator aforesaid, and to grant Warrant for delivery of his bond of caution ; and (3) to make an Order (a) dissolving the said Company from the date of such Order; and (b) authorising the Liquidator to destroy the books, accounts, and documents of the Company after the lapse of five years from such order; upon which Note Lord Stormonth-Darling has been pleased to pronounce the following Interlocutor:— “29th June 1898.—Lord Stormonth-Darling—Act. Mackenzie. — The Lord Ordinary appoints the Note for the Liquidator, No. 118 of Process, to be intimated, served, and advertised as craved; and allows all parties having an interest, to lodge answers, if so advised, within eight days after the date of such intimation, service and advertisement. ” Moir T. Stormonth – Darling.” Menzies, Black, & Menzies W.S., Agents for the Liquidator. 123 George Street, Edinburgh, 29th June 1898. 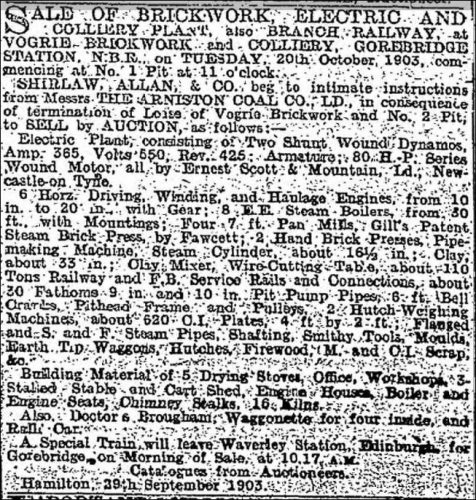 Below – 06/05/1939 – The Scotsman – Vogrie Colliery and Brickworks Gorebridge – Instruction to sell by Messrs Gavin Paul & Sons, Ltd, 14 Torpichen Street, Edinburgh owing to the abandonment of Colliery.

18/08/2019 – A site visit revealed 3 of the kilns still standing. I could not photograph the length nor the rear due to vegetation. A return visit is required. Both ends have been modified to meet current needs. The kilns have an internal dividing wall at the halfway point. Many thanks to Michael Radford for the permission. 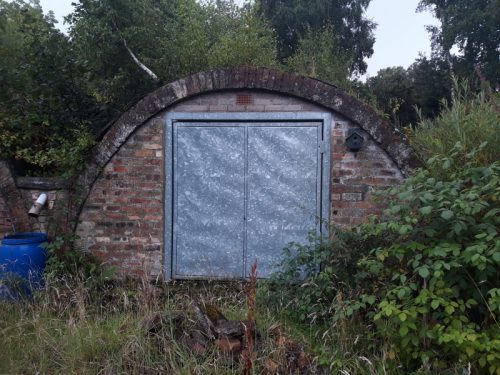 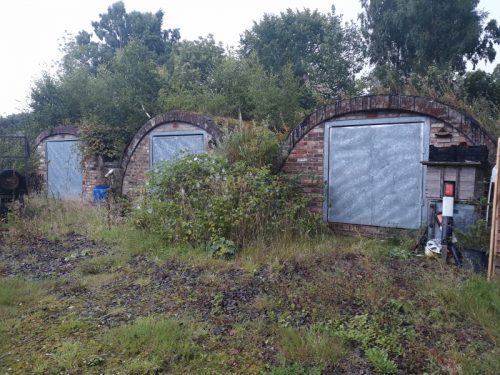 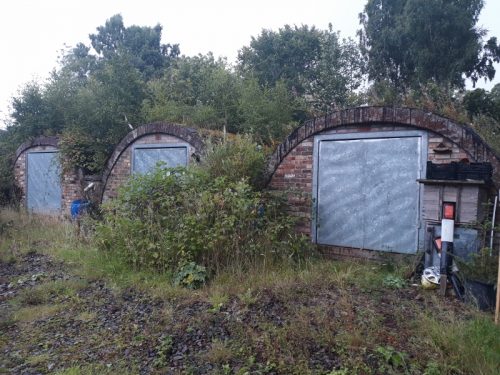 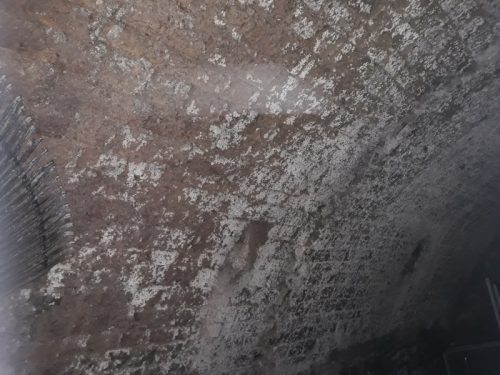 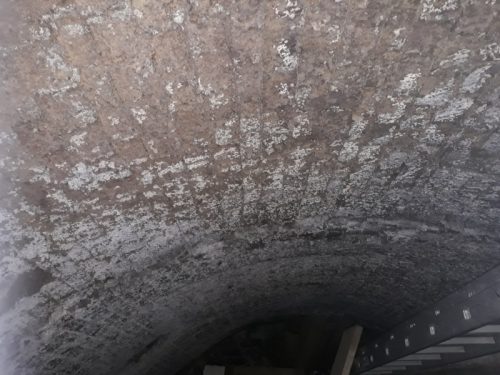