08/08/1895 – Glasgow Herald –  For sale, horizontal engine, 10″ cylinder, pump and haulage in working order. Apply Rosehall Brick Co, Souterhouse, Dundyvan Road, Coatbridge. (Note – SBH – If the 1899 entry to follow is the start of the Rosehall Brickworks, where does the 1895 Rosehall Brick Company fit in?).

25/08/1899 – Hamilton Herald – Robert Addie & Sons Collieries – 7th annual report –  During the course of the year they arranged with the proprietor of the Estate of Rosehall to build a brickwork on his property to use the large accumulations of debris there, which were very suitable for brick making and they believed the work would prove a source of profit to the company.

04/05/1900 – The Edinburgh Gazette – The partnership carrying on business at Souterhouse in the County of Lanark under the name and style of the Rosehall Brick Company of which the subscribers were the sole partners, was dissolved as at 01/04/1900. The subscriber Mr Scobbie has acquired the business and assets of the partnership and is to pay and discharge all its debts and liabilities. – Jas Scobbie.

Below – 08/04/1905 – Airdrie and Coatbridge Advertiser – Court case and decision regarding compensation regarding the death of a worker at Rosehall Brickworks. 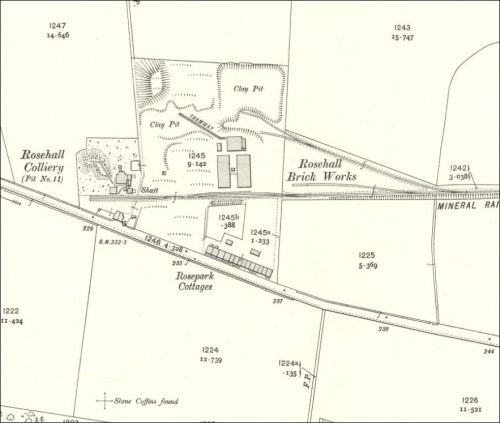 Below – 24/06/1922 – Airdrie and Coatbridge Advertiser – Fatal accident at Rosehall Brickworks. 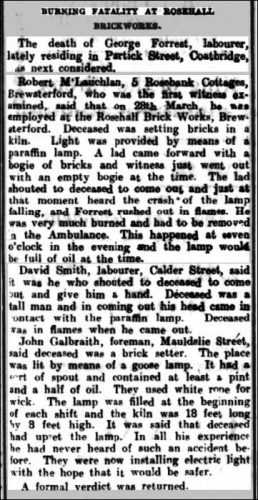 01/04/1927 – Bellshill Speaker – Echo of Airdrie works accident – In Airdrie Sheriff Court on Friday, Sheriff Marcus Dods heard evidence in a prosecution by Mr Thomas Brown, Factories Inspectorate for Scotland against Robert Addie and Son, Rosehall Brickworks, for failing to have a mixing machine with a revolving shaft of knives securely fenced, whereby Jas McShane was drawn into the machinery and was injured so that his left arm had to be amputated. The defence was that the mixer was sufficiently secure from causing injury to the workers and that the requirements of the Factory and Workshops Act were complied with. The Sheriff found the respondents not guilty.

19/05/1933 – Motherwell Times – A serious burning accident occurred at the Rosehall Brickworks, near Bellshill, when a man named Thomas Connelly, 38 years of age, a tramp of no fixed abode, came to the furnaces to have a doss for the night. He was near one of the kilns when he stumbled into the fire. Before he could recover himself he was severely burned. He shouted loudly, and in a few minutes, the night watchman came on the scene and found Donnelly running about the front of the furnace with his clothes a mass of flames. He did his best to get the burning clothing off the man and eventually had him removed to the Royal Infirmary, Glasgow. Donnelly, whose burns are chiefly on the back, is considered to be in rather a serious condition. 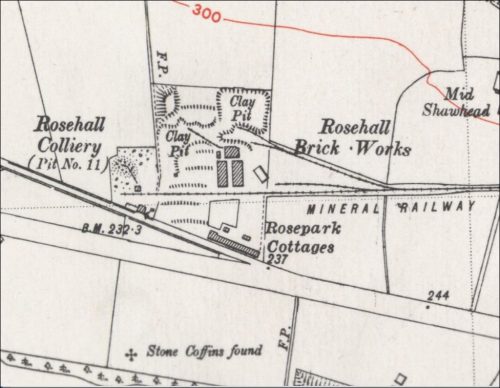 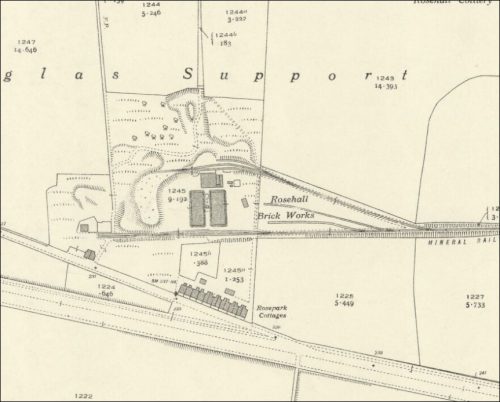