The information on Archibald Russell from research by Debrett is as follows: Archibald Russell “Old King Coal” the son of Archibald Russell and Jean nee Wright, was born 1830/1 at Govan. He resided at Wishaw House and Auchinraith House, Blantyre and died 11 April 1904 aged 74 at Auchinraith House and is buried at the Necropolis, Glasgow. The first Archibald married Jean Wright from Canada, later Isabella Watson and was a Coal Master and brickmaker living at Stanley House, Bridge of Allan, Logie. He appeared to live at a house that became known as Shawfield Park. His son carried on the coal mining business and is the one mentioned at the beginning. I believe Archibald 2 was also a farmer at Flemington Farm, Cambuslang. He married Mary Jackson and among their children was my Great Grandfather Patrick Brown Russell who lived at Wishaw House.

Archibald Russell Co-owned several coal mines in the Lanarkshire district and was also described as a Shipowner.

06/12/1935 – Bellshill Speaker – New Brickwork. Development at Tannochside. A new brickwork is to be erected at Tannochside Colliery near Bellshill by Messrs Archibald Russell Ltd, coalmasters, one of the groups of companies controlled by Colville & Sons Ltd. Official intimation of the company’s plans was made on Tuesday by Messrs Russell Ltd at their head office in Glasgow.  A start is to be made almost at once and the erection of the works is expected to take some 3 – 4 months. When completed they will have a capacity of 150,000 bricks per week and all the labour will be recruited locally. The decision to erect at Tannochside was taken only after keen competition with the company’s Ross Colliery, Hamilton. Samples of the blaze from the bings at both collieries were sent to kilns in the district and comparative tests made.

30/09/1936 – The Scotsman – Tannochside Colliery to have a new washery …  Recent steps at Tannochside include modernisation of surface and underground plant, and the establishment of a brickworks which commenced production about two months ago (30/07/1936 ?)

25/02/1937 – The Scotsman – Extension to Bellshill Brickworks – A number of additional kilns are to be built at Tannochside brickworks, near Bellshill to meet the heavy demand for bricks, chiefly for housing purposes. Tannochside brickworks commenced production only at the beginning of August last year. Since then they have been working to full capacity with two shifts turning out about 40,000 bricks per day. It is planned to increase the output to 60,000 by the addition of extra kilns. The bricks are made from a material which was formerly considered waste – blaes from the colliery workings.

05/07/1937 – The Scotsman – Development at Tannochside – In an endeavour to meet the unprecedented demand for bricks, eight new kilns have just been put into operation at Tannochside Colliery Brickworks, near Bellshill. Production began at Tannochside in July last year, and since then the plant has been working at top pressure fulfilling urgent orders, which in recent months have far exceeded the output. To meet the situation the original battery of 16 kilns has been increased by 8 but even on the present output, orders on hand are sufficient to provide steady employment for at least a year. The bricks are made chiefly from blaes, formerly regarded as of no value.

12/08/1938 – Bellshill Speaker – While Joseph McCaskey, Old Edinburgh Road, Uddingston, was at work in the brickwork connected with Messrs Archibald Russell’s Colliery, Tannochside, Uddingston, on Sunday, he had his right leg crushed by a machine and was removed to the Glasgow Royal Infirmary.

c.1940 – late 1960s – The 1985 publication ‘A survey of Scottish brickmarks’ suggests that Colvilles Ltd operated the works during this period. 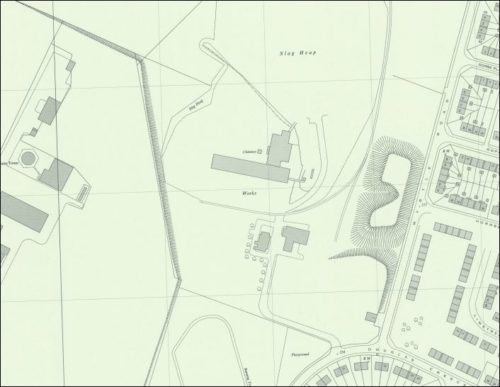 11/06/1948 – Bellshill Speaker – District Council survey … While the only industries remaining are Tannochside Brickworks owned by Messrs Colville Ltd … (Note – SBH – According to the Scottish Industrial Archaeology Survey of 1985 it was around this year that Colvilles took over the works. They sold them late 1960’s ?).

Below – 24/02/1951 – The Sphere – An unknown man saved the driver of this lorry after it plunged through the parapet of Bothwell Bridge, Lanarkshire, into the river 40ft below.

After the unknown man, a lorry driver had gone over the side of the bridge at the end of a rope to rescue the injured driver from his water-filled cabin, he drove off without leaving any clue to his identity. The injured driver, Edward Larrin, of Hamilton, was taken to hospital with head injuries but was allowed to return home after treatment, although still suffering from shock. His lorry, bound for Tannochside Brick Works, Bellshill, skidded on the icy surface of the bridge and crashed through the iron parapet into the river. The bent pole seen leaning over the bridge was once a bus-stop indicator. 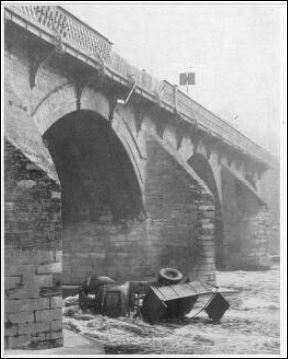 16/11/1951 – Motherwell Times – Workers want normal hours – At Messrs Colvilles Brickwork, Tannochside, on Monday, 25 per cent, of the workers came out on strike when asked to work staggered hours until seven in the evening instead of their usual five o’clock limit. The reason they offered for this strike was they wanted home to their wives and children at the usual time. Negotiations are taking place.

11/12/1953 – Motherwell Times – Representing that he had been authorised to draw another man’s wages, Hugh McKay Campbell (27), brickworker, whose address at the time of the offence was c/o 36 Dykehead Road, Bargeddie, obtained £4 18s from a clerk. Campbell pleaded guilty at Bellshill J.P. Court on Tuesday to making false representations to Archibald Grindlay, clerk, 83 Rosyth Avenue, Rutherglen at Tannochside Brickworks, Viewpark occupied by Colvilles Limited, on Friday, October 30. The wages were due to Francis McVey, 4 Garliston Terrace, Bargeddie. Campbell, who had nothing to say to the court, was fined £7 with the alternative of 60 days’ imprisonment and was given 14 days to pay. 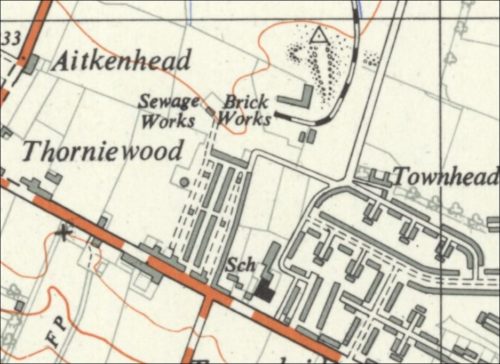 08/06/1957 – Airdrie and Coatbridge Advertiser – Bellshill courts – Publican not guilty of reset. A 58-year-old Bel!shill publican, Joseph McCue, proprietor of the West End Bar, 100 Main Street, Bellshill, was found not guilty of a charge of resetting 2,500 bricks when he appeared on trial at Airdrie Sheriff Court on Wednesday. Finding McCue not guilty. Sheriff Thomas Young, W.S., told him. “If you had been a man well experienced in business transactions, and not a man who has only been a year in the licensed trade after spending his life in the mines. I would have taken a more serious view of the case than I have done”. It was alleged that on 14th December. McCue, whose address was given as 3 Pentland Avenue. East Whitburn, had reset 2.500 bricks which were stolen from Colvilles Ltd., Tannochside Brickworks. 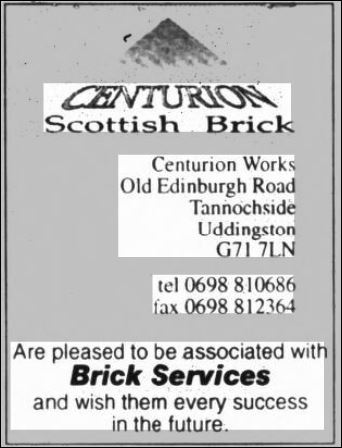