Northfield Brickworks, Shotts, West Lothian aka Shotts Brickworks.. (Note – SBH – I am not certain but I believe the early brick kilns at Shotts were operated by the Shotts Coal & Ironstone Co. Then in 1910 the name changed to Northfield Brickworks when the Shotts Iron Company took over the site. Can anyone clarify this please?) 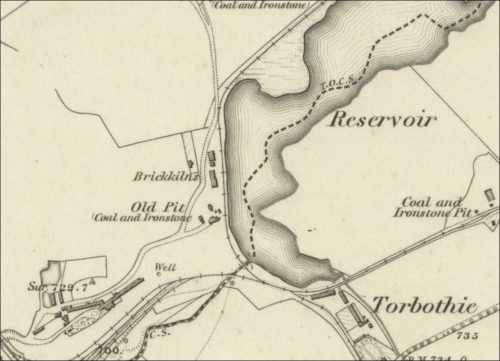 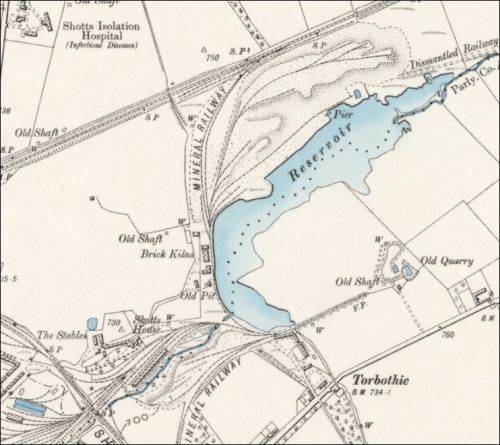 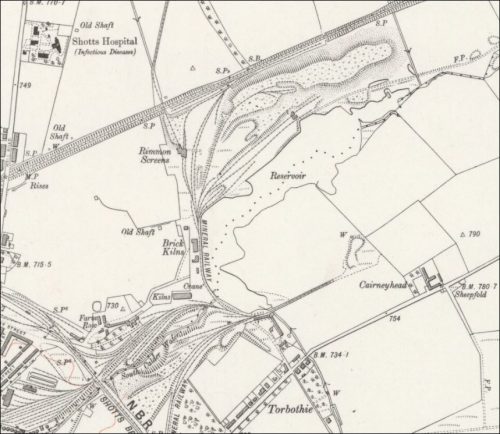 1910 – Northfield Brickworks opened around 1910 and continued in business into the 1980’s. The kilns and offices had been demolished by 1992, and only the shower block, in use as a garage, remains.

06/05/1924 – The Scotsman – Electrical engineer’s visit to Shotts Works – Members of the West of Scotland branch of the Association of Mining Electrical Engineers to the number of 174 visited Shotts Works on Saturday at the invitation of the Shotts Iron Company (Ltd). The visit was instructive from the point of view. of the application of electricity to the manufacture of iron, production of coal and the manufacture of bricks. The various sections of the works visited were the furnaces, the powerhouse, Northfield Colliery where all power including winding, is electric, the ore briquette works where fine ore is made into briquettes for feeding into the furnaces and the slag brickwork where a composite brick of slag and lime is made. At the luncheon, which was later provided by the board of directors, Mr Brown presided.

Below  – The Scottish Industrial Archaeology Survey published a report in 1985 entitled ” A survey of Scottish brickmarks. During the compilation of this report in which the survey officers visited working and derelict brickworks sites, many items of interest were donated or found. Many of these items were thereafter donated to the National Museum Scotland. The item below is one of these items.  It is a brick, stamped very faintly with ‘Shotts’. The composition of the brick has a very sandy lime look with an additional black material. Perhaps it is a composite brick of slag and lime as referred to in the 06/05/1924 article above. 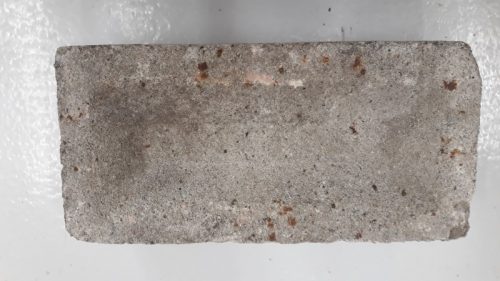 05/06/1933 – The Scotsman – Shotts Brickwork dispute – The stoppage of work which took place on Friday at the Shotts Iron Company’s Brickwork, when over 50 employees stopped work with a demand for increased wages was continued on Saturday. A deputation waited upon the works manager but he refused to meet with them to discuss the grievance until work had been resumed. This was reported to a meeting of the workers held on Saturday afternoon at which they decided to restart work today pending negotiations. The management announces that another factory will commence producing bricks today to help meet the abnormal demand and will give employment to 60 workers.

11/07/1933 – The Scotsman – Brickworkers strike at Shotts. The strike of 100 brickworkers at Shotts, which commenced on Friday, still continues. So far no meetings have taken place between the management and the workers to discuss the demand for wage increases. The management posted notices to the effect that employees who did not restart work on Saturday would be dismissed, but no restart was made. The strike is interfering with building operations.

14/07/1933 – Bellshill Speaker – Strike at Shotts – There is still no sign of a settlement of the dispute at Shotts Brickworks where 100 employees have been idle since Friday last. The National Union of General and Municipal Workers have written to Sir Godfrey Collins, Secretary of State for Scotland, directing the attention to the hold up of housing schemes due to the stoppage of work. Sir Godfrey Collins has written to the Minister of Labour who it is expected, will intervene with a view to bringing both parties together. The company state that they are willing to meet with workers but not the Union. Meanwhile, they have posted notices inviting contractors to make offers for taking over the production of the bricks under contract.

28/07/1933 – The Scotsman – Shotts Brickwork strike ended – The strike at Shotts Brickwork, where 100 employees have been out for the past 19 days, has suddenly collapsed, and the workers have applied for reinstatement. Two days ago the workers rejected Trade Union advice that work should bo restarted, but at a further meeting agreed without voting to resume work. They will be taken on as work becomes available.

09/09/1933 – Falkirk Herald –  Falkirk foundry men’s visit of inspection to Shotts Works – Faith in the Future … The visitors then had an inspection of the two brickworks and they viewed the making of composition and grey brick from the company’s? products, the two works having a capacity of nearly 60,000 per day. Adjourning to the work offices, which are built entirely of Shotts grey bricks the visitors had the opportunity of witnessing an exhibit of the company’s various products  – many varieties of coal, ironstone, pig iron, limestone, bricks, hydrated lime, grit etc … Mr Matthew Brown, Managing Director of the Company.

20/12/1940 – The Scotsman – Shotts Iron Company Limited – Material improvement in cash position. Chairman Mr C. Augustus Carlow. Mr Matthew Brown retiring after 25 years with the company … Brickworks – In the early months of the war, the demand for bricks was poor but in later months the position improved very materially, resulting in a total production for the financial year of approximately 14 million composition bricks in addition to which there was a substantial increase in the sale of our Shotts grey slag bricks.

20/03/1942 – Wishaw Press – Returning home from work, Martha Allardice, 46 Springhill Road, Shotts was knocked down by a train consisting of a light engine and waggons. She had just left Northfield Brickwork where she was employed when the accident occurred. She was removed to the Royal Infirmary, Glasgow where it was found necessary to amputate the right leg.

28/08/1945 – Daily Record – John Mulvey, brickworker, Torbothie Road, Shotts lost a finger while at work at Northfield Brickwork yesterday. He was removed to the Edinburgh Royal Infirmary.

1947 – 1969 – The 1985 publication ‘A survey of Scottish brickmarks’ suggests the works were operated by the National Coal Board during this time.

30/09/1966 – Wishaw Press – NCB fined. A fine of £50 was imposed in Hamilton Sheriff Court on Tuesday on the National Coal Board Brickworks Executive, Northfield Brickworks, Shotts, for failing to fence properly a dangerous part of machinery at the conveyor belt between June 7 and 21. It was stated that the conveyor belt carrying the bricks jammed and a woman worker placed her hand in to remove the obstruction. At the same time another worker switched on the engine and the woman’s hand was caught between the belt and conveyor.

1969 – 1984 – The 1985 publication ‘A survey of Scottish brickmarks’ suggests the works were operated by the Scottish Brick Corporation during this time.

09/05/1969 – West Lothian Courier – Scottish Brick Co Ltd require a nightshift foreman at Northfield Brickworks, Shotts. Applications are invited from men experienced in the control of men. It is not necessary to have brickworks experience but this would be an advantage. Applications in writing to the Production Manager, Scottish Brick Co Ltd, Gateside Brickworks, Cambuslang, Nr Glasgow.

05/12/1969 – West Lothian Courier – Firemen were called out last Friday afternoon to deal with an outbreak of fire at the Northfield Brickworks. The blaze started when a fire was kindled to thaw out frozen pipes. A set of wooden doors and adjoining property were set alight. The firemen quelled the blaze before any serious damage was caused.

15/05/1970 – Wishaw Press – Police are investigating the theft of 5 sets of brass bushes, valued at approx £140, from Northfield Brickworks at the weekend.

12/10/1973 – Wishaw Press – Kiln burner. A kiln burner fully experienced is required for our Northfield Brickworks, Shotts, Lanarkshire. Conditions of service are good. Applicants should call for an interview at the works between 9 am and 3.30 pm Monday to Friday next week.

Below – 14/11/1975 – Wishaw Press – Advert for the Scottish Brick Co and promoting bricks manufactured at their Holytown and Northfield Brickworks.

13/04/1979 – Wishaw Press – Reference to the employees of Northfield Brickworks sending cards etc to the family of an employee who died in a non-work-related accident.

1984 – The 1985 publication ‘A survey of Scottish brickmarks’ suggests the works were operated by the Glasgow Iron and Steel Company Limited from this time until they closed.