1863 – Bell and Hornsby letterheads of 1893 state that Bell, Hornsby & Co were established in 1863 and reference the Polmadie Brickworks, Glasgow and the Langlands Brickworks, Govan on the same letterheads. The brickworks may not have been established at the same time as the Company.

07/10/1879 – Glasgow Herald – Theft of oats from the stables at Polmadie Brickworks, Govan occupied by William and Thomas Stevenson.

13/09/1879 – Paisley and Renfrewshire Gazette – Renfrewshire valuation appeal court … Polmadie Brickfields. The appeal in this case was dismissed. The valuation is £262. There was no appearance for the appellants …

22/08/1883 – Glasgow Herald – Factory Act case. Before Sheriff Cowan, at the Sheriff Court yesterday afternoon … William Stevenson, brickmaker, Polmadie was charged with an offence committed under the Factory and Workshops Act (for employing children at his brickworks). He pleaded guilty and stated that it was through ignorance of the Act that he had not the boys examined by a doctor. He was fined 30s with 33s of expenses or 14 days imprisonment.

31/08/1883 – Dundee Advertiser – At Paisley on Wednesday Messrs Bell and Hornsby, Polmadie Brickworks, were charged with employing a girl under the age of sixteen years in their brickworks. The offence was admitted. A fine of £3 2s 6d, including costs, was imposed. 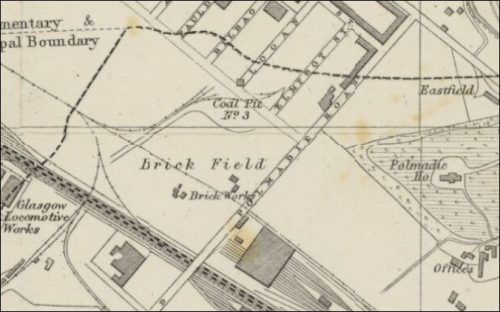 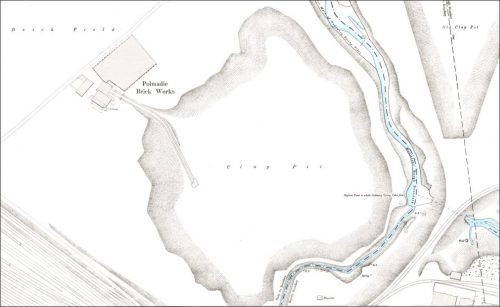 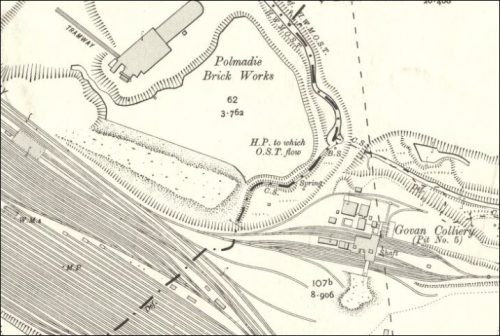 1935 – These Brickworks no longer exist.

These may be the same works as W & T Rowland, Toryglen Brickworks, Polmadie – click me

Source  – Bell, Hornsby & Co. – Mason and brickwork contractors – Bell, Hornsby & Co. were a building and contracting firm, and one of many brick manufacturers in the Glasgow area. From the 1860s to the 1890s, local brick was widely used for factories, and for the internal and rear walls of stone-faced commercial and domestic buildings). Of the original partners, Alexander Hamilton seems to have been the longest established, manufacturing bricks at Lilybank off Eglinton Street, on the south side of the city, from about 1852.  He expanded into tile making, operating from a second brickworks at Strathbungo in 1858, before becoming a ‘silent partner’ in Bell, Hornsby. Another partner, Robert Bell, possibly ran a bricklaying firm in South Wellington Street c. 1857 (He is not to be confused with the wealthy Wishaw and Broxburn industrialist of the same name, who was also a brickmaker). Other partners were John Thomson Hornsby and Alexander Whitelaw, a Greenock based builder.