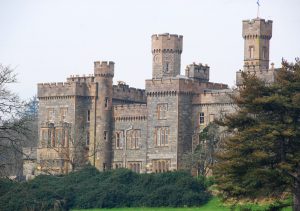 The following bricks were found during excavations at Lewis Castle, Isle of Lewis by James Crawford.

The bricks below show possible dog and cat paw prints.

These bricks appear to have been leftover on completion of works at Lewis castle by a MacNab of Oban who undertook the works on the castle for Sir James, with a bit of controversy that led to a court case.

The bricks are likely the precursors of the brick that had a frog and embellished with ‘ Lews’ and produced circa 1847. 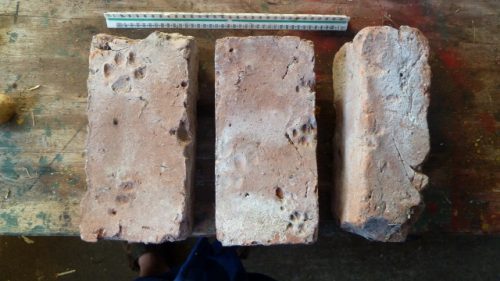 Below – a plan drawn in 2002 showing the remnants of the old Seaforth Lodge built in 1650 and restructured by Matheson in 1848/50 the bricks were located in the window at the old gable of Seaforth lodge shown in black. They had never been used. 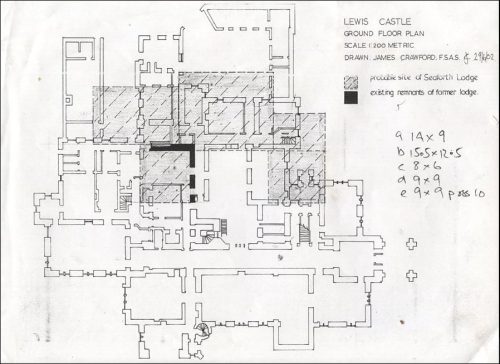 James Crawford states – The Island of Lewis was purchased by Sir James Matheson in 1844. Matheson had made his money by founding with his partner Jardine the trading co. of Jardine – Matheson of Hong Kong, who’s main trading was in Opium! He started building his mansion on the site of old Seaforth Lodge built by the Makenzie’s of Seaforth. They had bought the Island for next to nothing by being one of the favourites of James V1 who had executed the last of the MacLeods of Lewis for being troublesome.

The building of the so-called Castle was started in 1847 and the contractor was a MacNab of Oban. Overseeing the works was a Clerk called Scobie who was overlooking some rather shoddy work by MacNab. Matheson engaged a Chamberlin of his Island in 1849 a John, Munro, Makenzie. Pretty bright guy and I was to discover that he was a very early Civil Engineer. Makenzie had a payment due MacNab of £6000 stopped and this led to the court case.

Several years ago Makenzie’s diary was allowed to be published by his descendants and made an interesting read. He is in one record, going to the brickworks in 1851 to lay off the workmen because of the costs of producing the bricks and pipe tiles.