These works made common bricks which were marked JENNY LIND, by the early to mid-1960s, the making of bricks had stopped and the site became A. Jeffrey and Co. Ltd producers of ‘Synthetic Moulding Sands, Crushed Fireclay Grog, Graded Refractory Sands’. The products were produced in crushers and wet pan mills.

The kilns have been demolished and the buildings from the brickworks period which survive are now altered to suit the present process and no trace of the brickworks can easily be recognised.

These Works are now part of Steeley Ceramics Division, Carfin.

Source 2013 – This brickworks is first depicted and named on the 1897 surveyed OS Map as ‘Jenny Lind Brick Works’ and subsequently as ‘Jenny Lind Composition Works’ by which time it was presumably milling fireclay for the local steelworks. This former brickworks has been demolished.

22/08/1890 – Hamilton Herald –  Carfin – Trade prospects – We learn that Messrs Dixon are about to start some of their pits which have been standing idle for some considerable time. Those talked of being manned are the Big Pit adjoining the gas works and the Jenny Lind which adjoins the new brickwork owned by Messrs Millar and Park of Motherwell.

23/01/1891 – Hamilton Herald – Accident at the brickworks. On Friday afternoon, Thos Nelson (18), brickmoulder, Brushevs Row, Carfin met with an accident at the Jenny Lind Brickworks whereby he lost his 2nd and 3rd fingers at the second joint. He had put his right hand in under one of the levers to remove some clay when the lever came down inflicting the injuries stated. He should have used a flat piece of iron to remove the clay.

30/01/1892 – Death of Commissioner Archibald Millar on 29/01/1892 at Hamilton Street, Motherwell … Mr Millar was also a member of the firm of Millar and Park, Jenny Lind Brickworks Carfin. 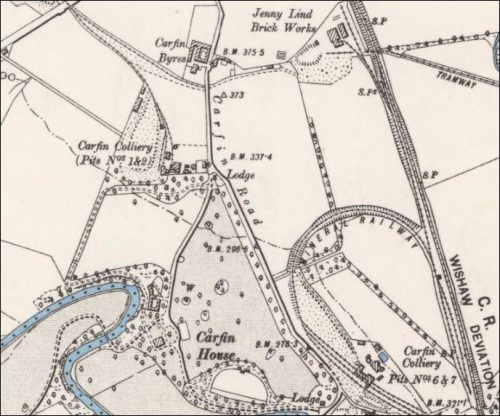 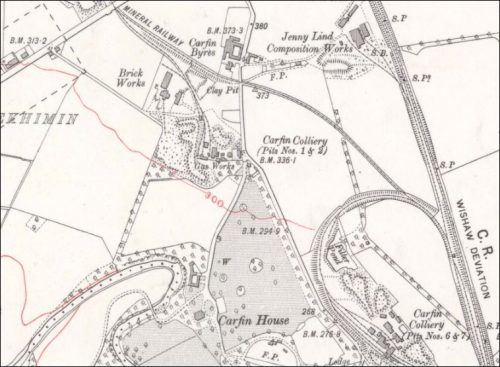 01/06/1918 – Hamilton Advertiser – Ex Provost Robert Park passed away at Hamilton Street, Motherwell on 28/05/1912 … Along with the late Baillie Archibald Millar, he founded the Jenny Lind Brickworks at Carin.

23/10/1936 – Motherwell Times – When one of Dixon’s pits was sunk it was named after Jenny Lind, the great singer known as ‘‘The Swedish Nightingale,” who visited Britain in the fifties of last century. A local brickwork also did her the honour of taking her name and millions of bricks were made with Jenny Lind stamped on each. Many of them were used in building locally and are still to be found during the demolition of old houses 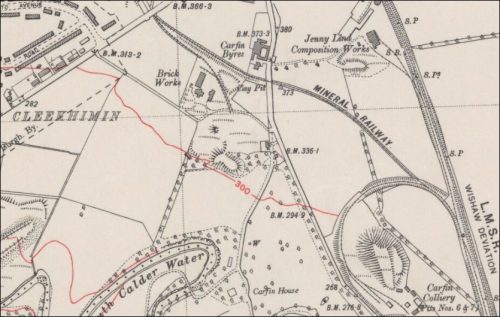 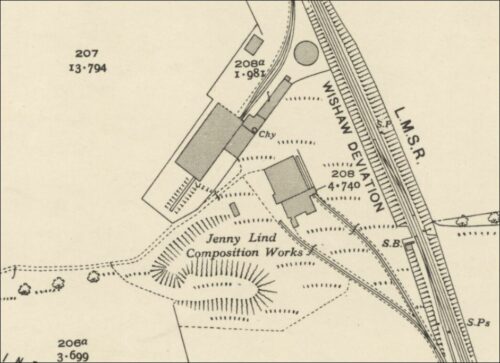 28/05/1948 – Motherwell Times – A survey of the industry in the Carfin area lists the Jenny Lind Brickworks.

Mid 1960‘s -The making of bricks had stopped and the site became A. Jeffrey and Co. Ltd producers of ‘Synthetic Moulding Sands, Crushed Fireclay Grog, Graded Refractory Sands’. The products were produced in crushers and wet pan mills. 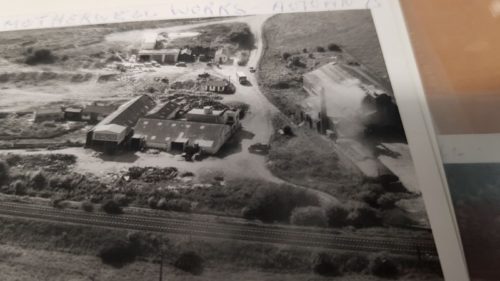 1981 – The 1985 publication ‘A survey of Scottish brickmarks’ suggests that by 1981 Steetley Ceramics Division were the owners.