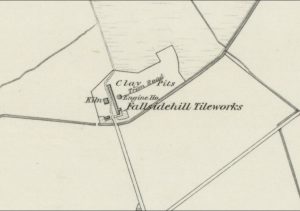 A survey carried out in 1978 highlighted the presence of a long earthwork, about 1m high. This had been a kiln, built from stone and lined with brick, which was clearly visible on the first edition map. Other features shown in 1862 included an area of clay mining and a short tramway with an engine house. In 1978 it was noted that pieces of drain tiles could be seen across the site.

Throughout the nineteenth century, there was a great drive towards further improvement of the land and greater output from Scotland’s farms. The production of tiles, especially drain tiles, were closely linked to this impetus for change as landowners sought to bring more marginal land into cultivation. 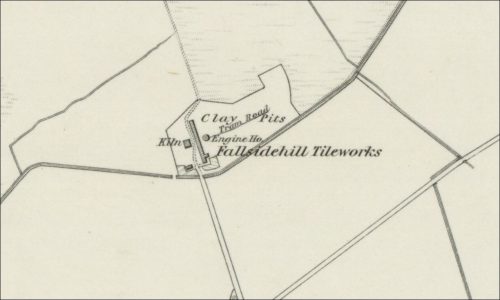 Below – 10/10/1867 – Southern Reporter – Death of Robert Tulley, son of Andrew from Fawcet Hill Tileworks, Greenlaw (Believed to be Fallside Hill).

03/07/1868 – Kelso Chronicle – Serious accident – last Monday afternoon a son of Mr Tully of Falsidehill Tile Works was engaged with some trucks at Gordon Railway Station, he slipped his footing and fell heavily to the ground, his left side first coming forcibly in contact with one of the buffers. He was much stunned and several ribs were broken.

08/11/1870 – Berwickshire News and General Advertiser – Andrew Tulley, Faside Tileworks was fined 6s or two days imprisonment for not having his name painted on a cart which he had been publicly using. 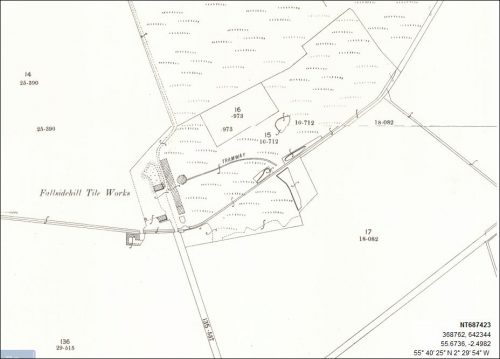 1906 – Map has the works as disused? This is confusing considering the next entry albeit the area may well have been known as the Tile Works for some time after its productive life finished. 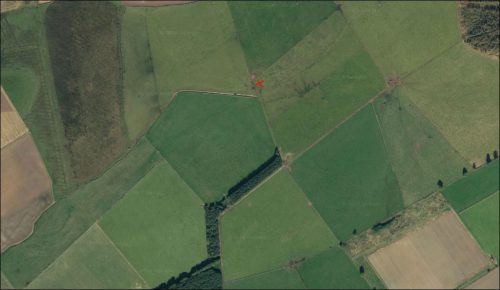