Fireclay was found in the area in seams up to eight feet thick below the limestone. This was worked at various times, particularly around 1900. Large fireclay kilns made bricks, pipes and sanitary products. 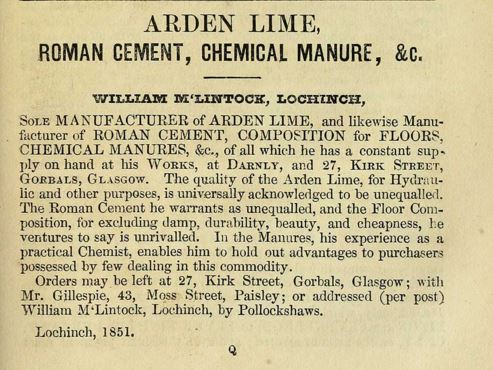 04/09/1888 – North British Daily Mail – International Exhibition … Mr Allan Kirkwood, Nitshill, has a rough-looking but effective exhibit of Arden hydraulic lime, Arden limestone, and concrete blocks and mortar. Besides showing the materials in their raw state, the exhibitor has placed a number of blocks consisting of concrete and of bricks and stones which have been cemented and afterwards broken up. The fractures show the close texture and hard firm substance of the material used. 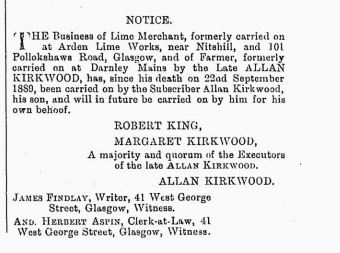 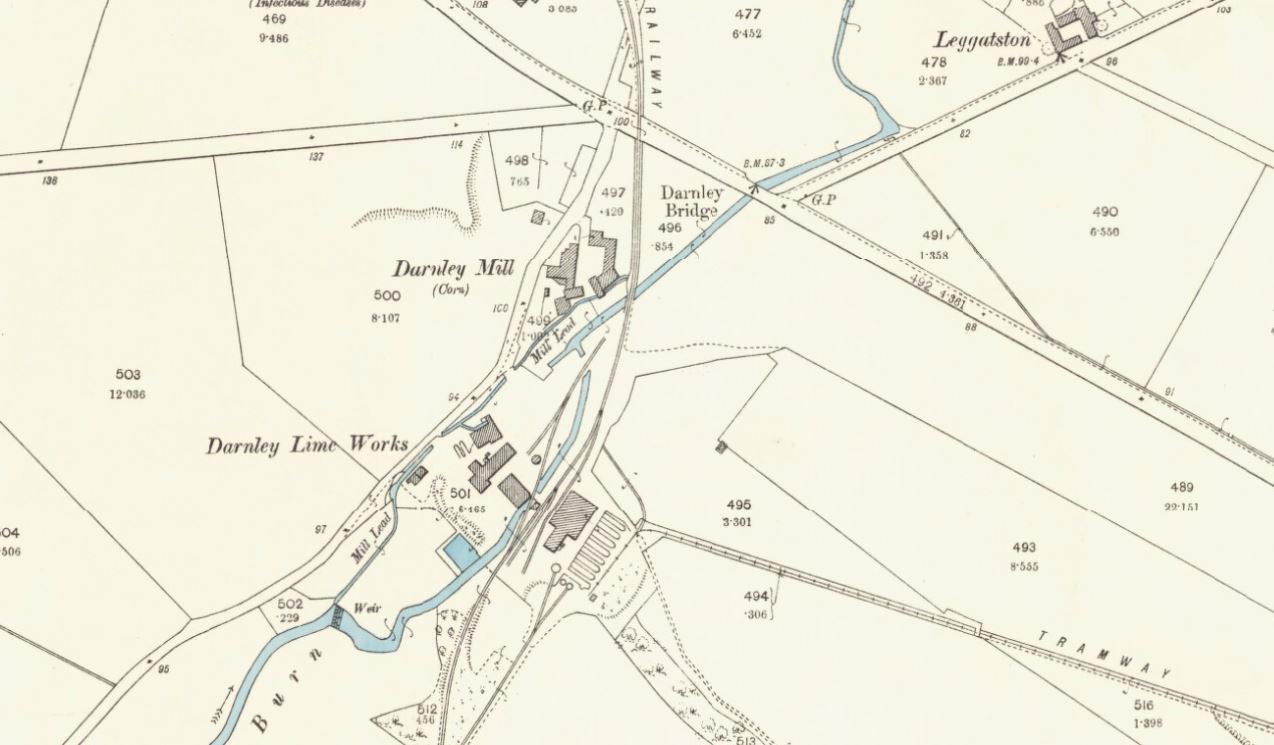 04/05/1899 – Glasgow Herald – Last night a fire occurred at the Darnley Brickworks, Nitshill, belonging to Mr Allan Kirkwood. A detachment of the Glasgow Fire Brigade from Queen’s Park Station was sent to the scene of the fire and succeeded in limiting the damage to the building in which the fire originated. The damage, which is estimated at £200, is covered by insurance. 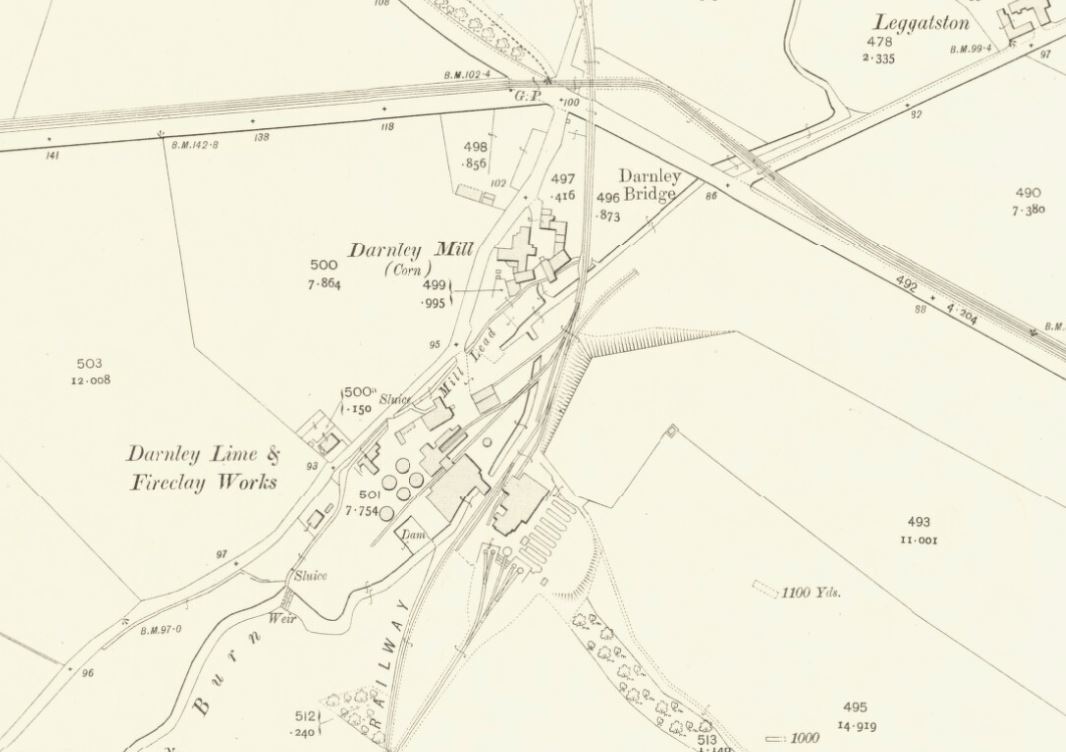 Below – 23/03/1910 – Quebec Daily Telegraph – Kirkwood, Kirkwood bricks – Having still in the cars some 10,000 of these celebrated fire bricks, before we unload them, we will sell at a low price, to be taken ex cars. This is the balance of the lot furnished for the Dominion Fish Co’s cold storage building. Let us know on the 24th what you need out of this lot. U.F Drouin & Co, Contractors and plumber’s supplies, Office 161 St Paul Street. Phone 3491. 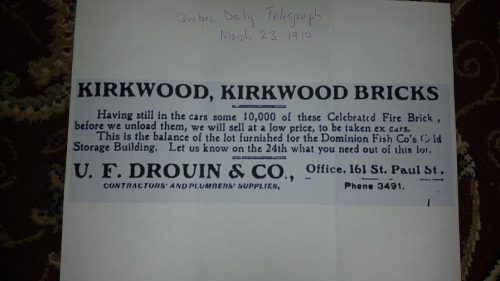 1915 –  (Glasgow Herald 8th Feb 1915)  “Information has been received that Private Matthew Kirkwood, of the 1st Battalion London Scottish, was killed in action on January 25. He was a son of the late Allan Kirkwood, Arden Lime Works, Darnley, Nitshill. He was educated in the High School and technical college, Glasgow, and was for several years a prominent figure in Rugby Football. He played in the High School, Partickhill, and technical college teams. A student of conspicuous ability, he was twice awarded the medal for brewing chemistry in the city and guilds examinations, London. Prior to joining the London Scottish in August last, he was engaged in London as a chemist and brewer. Private Kirkwood, it may be added, has three brothers serving in H.M. forces.” 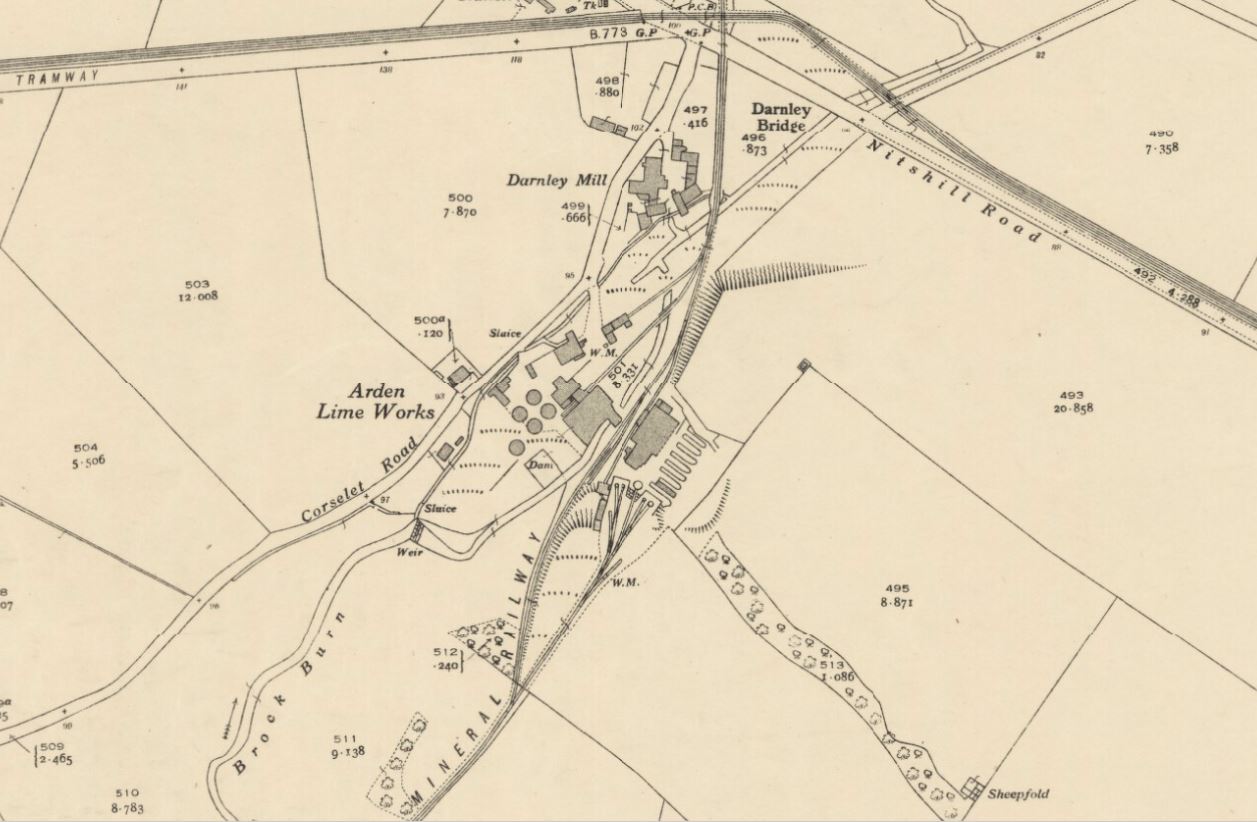 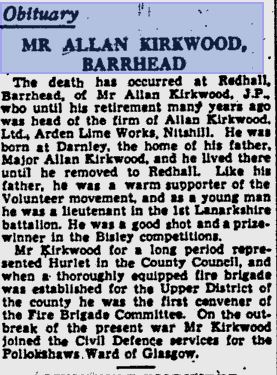 This is a cracking article on the Kirkwood family by Alex Glass – well worth a read and some wonderful photographs. (Note – SBH – May 2021 – This link is now sadly unavailable but I have left it here meantime in case it is resurrected at some later point).