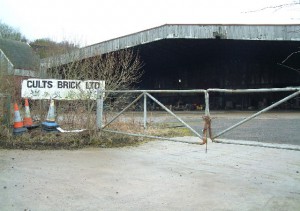 Cults bricks are concrete based with a mixture of cement, sand, a small amount of limestone and various other materials made into a common building brick, and also with the addition of various other colours into a facing brick.

Cults sand-cement brickwork’s –  within which there were two brick presses, one was an Anderson press. Both the main brickwork’s shed and the limestone store are former aircraft hangars that have been modified and re-erected on-site at Cults. It is not known where the aircraft hangars came from.

Below – 2013  – A photo of the Cults Brickworks sign which was positioned at the entrance to the site. Source G.A. Stephen 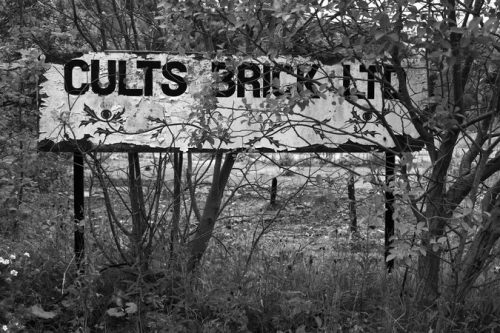 Below – A photo of the Cults Brickworks sign which was positioned at the entrance to the site. Unknown source. 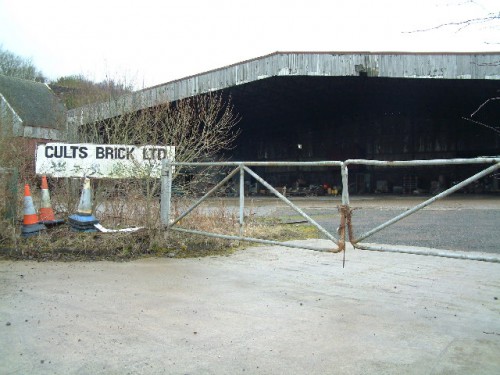 In 2015 there is very little left of the Cults Brickworks  – however, this conveyor belt on idler rollers was still lying around. 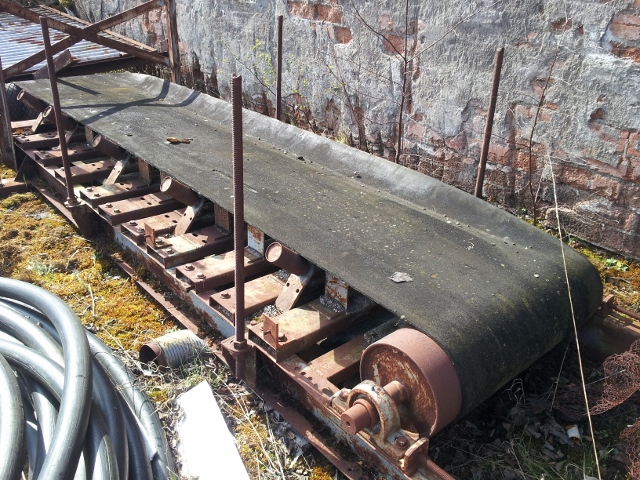 Below- 15/05/1953 – Clay Worker Magazine  – The above is very similar to this Mavor and Coulson Conveyor and idlers. 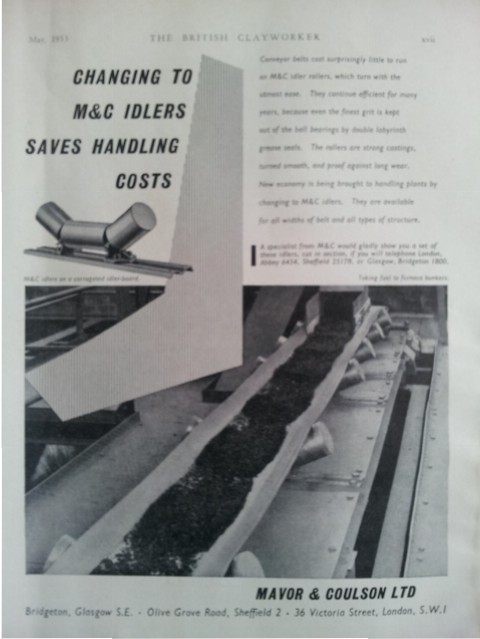 The lime works near Cupar ceased production two years ago, and now, due to a drastic shortage of demand, it has been decided the brickworks will also have to shut.

At its peak in the 1920s, as many as 90 workers streamed through the doors daily, 75 of whom were lime miners.

Managing director, Julian Cochrane, said he was sad to see the plant close, but stressed he was left with no other choice.
He said: “There was just less and less of a market for what we could do, and it just wasn’t economical.

“I went down to a building site some time ago and asked how many bricks they typically use to build a house.

“To my astonishment, I was told ‘none’. Houses are all timber and cardboard now.”

Just as demand ran out and alternatives became more viable in the lime market, the same happened with bricks, and Mr Cochrane and his team decided to throw in the towel before it got any worse.

The brickworks was gradually wound down as those who found new jobs weren’t replaced until there was only a caretaker left on the site.

The works’ most productive era came when it was discovered ground limestone could be sprinkled on farms, but as transportation of lime from across Britain and the rest of the world became cheaper and supplies began to run out, the lime works gradually cut back.

Bricks had been cut at Cults for around 40 years, and while it wasn’t on the scale of its lime counterpart, the business was hugely successful for a number of years.

Mr Cochrane added: “It’s terribly sad to cease the operation, but it’s the same story across Scotland I’m afraid. The industry is dying and we couldn’t diversify.”

Mr Cochrane confirmed that he intends to write a detailed history of the plant in the next few months.

He explained: “It’s important someone keeps a record of this because before we know it no-one will be able to remember anything about it.”

Below – Some information regarding the early lime works on-site and nearby.

1920 – The lime works were operated up to 1920, by first, James Martin and thereafter Smith Henderson Company who also ran the Priestfield and Pitlessie Maltings. When the railway was laid in the late 1800’s it had a branch that ran to Pitlessie Maltings. Cults Lime in 1920 was then taken over by Lt. Col. Lord Cochrane of Cults until 1951; then by his son Major Cochrane of Cults and since 1969 by Major Cochrane’s son Julian Cochrane who ran it until it closed, along with Cults Brickworks, which started up in the early 1960s. For the past twenty years, ( unknown when the author wrote this) hundreds of thousands of tons of blaes have been extracted from above the limestone seams at Cults by the Wemyss Brick Co., for the manufacture of fired building bricks of high quality for the building trade. 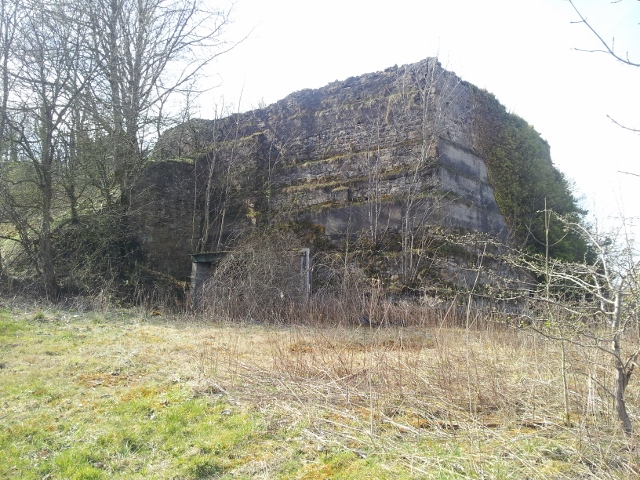 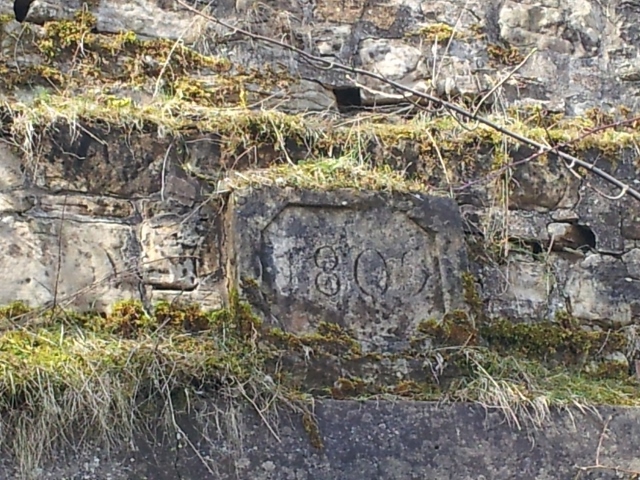