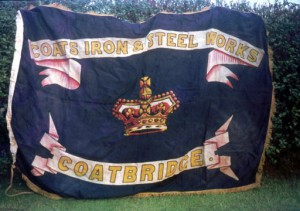 Calder Iron Brickworks, Whifflet, Coatbridge. Owned by the Carnbroe Ironworks.  Working prior to 1863. Its name was changed to Gartuck or Garturk Brickworks by 1914. Source Kenneth W Sanderson.

Ian King, a former electrician working in and around brickworks and other industrial sites, states the Calder Iron Works made its own fire bricks up until around 1921. These works were owned by the huge William Dixon Ltd – Graces Guide.

(Not to be confused with the bricks marked Calder which were manufactured at the Calder Fireclay Works).

The brickworks lay redundant for many years but in 1960 a man by the name of Jimmy McCaig managed the newly started brickworks and the bricks were stamped Whifflet. The McCaig family owned the Caledon Coal Company and he used the mine waste from there to make Whifflet bricks.

The original chimney at the Calder Iron Brick Works/Garturk was built from Hyslop marked bricks.

1858 – 1861 – ScotlandsPlaces – Calder Ironworks. Mr Scott, manager. Large Pig Iron Works on the north side of the Calder Water. They consist of 7 blast furnaces, having a large blast engine house, boilers, workshop, brickworks, 2 coal pits, dwellings for the workmen; and an office attached the property of W. Dixon Esq [Esquire] of Glasgow. 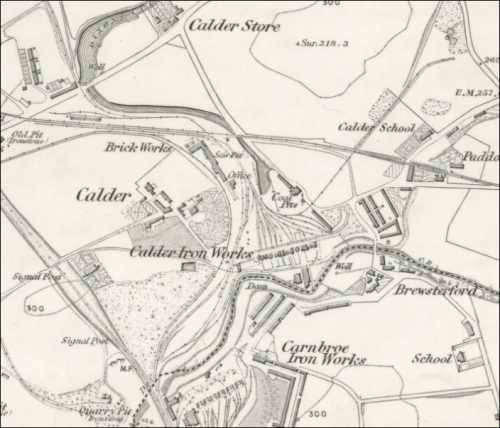 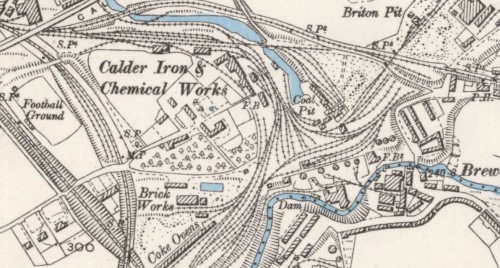 09/05/1906 – The Scotsman – William Dixon Limited – Issue of shares for public subscription. The prospectus states – The company also owns brickworks at Calder, Govan Colliery and Carfin Colliery of the most modern type capable of producing 50,000 bricks per day.