John Grieve’s brickworks lay just north of Tranent and was in production from the 1860s until the 1890’s (Douglas et al 1985, 16), but towards the end of this period, the name seen on bricks changed from John Grieve to J & C Grieve – source. (Note – SBH – Has anyone seen a brick stamped J & C Grieve?) 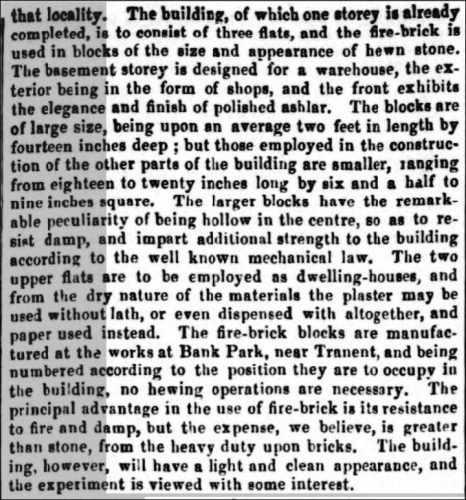 Below – 1851 – Official Catalogue of the Great Exhibition of the Works of Industry of All Nations Bankpark Pyropolite Works. 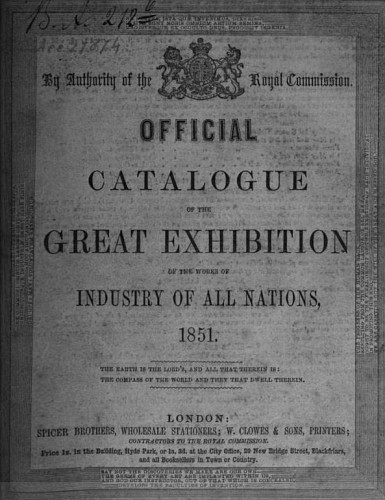 Below – 11/12/1851 – Edinburgh Evening Courant – Bankpark Fire Works now completed and he is now able to manufactured chimney cans in all shapes and sizes. 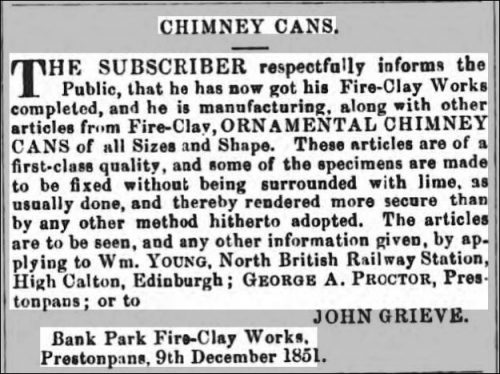 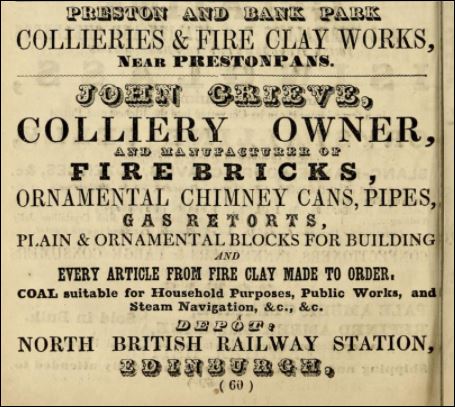 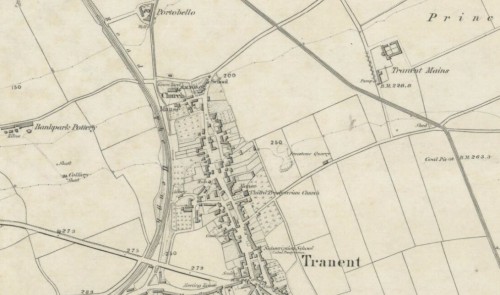 07/01/1882 – Aberdeen Press and Journal – Materials for the gas works ( Aberdeen?). The following tenders have been accepted for the supply of materials in connection with the gas undertaking for the year ending 31st December 1882 … fire goods, The Glenboig Fire Clay Company, Fleming & Moritz, J & C Grieve.

05/01/1885 – Aberdeen Free Press – Aberdeen Town Council. Gasworks contract …The Gas Committee have accepted the following tenders for the supply of materials in connection with the undertaking for the ending 31st December 1885 … fire clay goods – Garnkirk Fire-Clay Company and J. & C. Grieve. The committee had also before them tenders for the lightning conductor, and for the supply of circle and header bricks for the new chimney stalk, and authorised the gas treasurer to accept the following: Bricks – Robert Fleming and Co.

21/02/1885 – Glasgow Herald – To be sold or let, Bankpark Works, Tranent presently occupied as a Fire brick Works and suitable for that purpose or for workshops or manufacturing premises. Ground floor space about 10,000 feet. There is a railway siding which might be continued. Apply to J & C Grieve, Bankpark, Tranent. 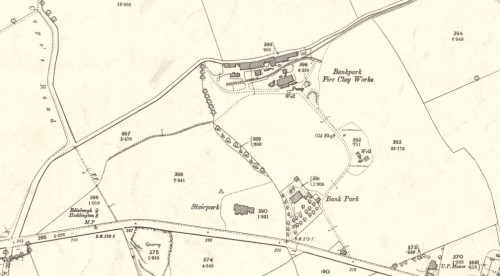 Below – 1906 – Bankpark Fire and Clay Works, Preston Pans – by this time the number of buildings in situ at the brickworks site is greatly reduced and it is not even named as being such. 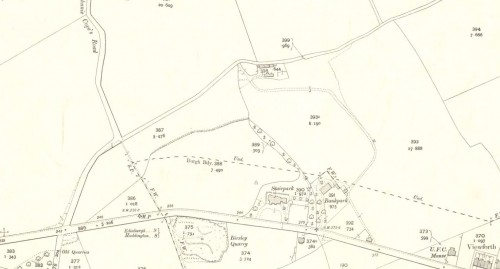 Bankpark House was built circa 1857 for John Grieve who owned the Bankpark Pyropalite Works, Prestonpans, and is of considerable interest as a house built entirely of brick from the pottery, in an old-fashioned Georgian style. The pottery was sited to the N of the house, and bricks made there were used to build the house and associated buildings. Grieve founded the property in the late 1840s and it was in production until the turn of the century. The Name Book of 1849 gives details of the pottery; “it is a large Pottery and Brick Works where large quantities of bricks, flower pots and earthenware are manufactured. Tiles are sometimes made at it, seldom, but only in small quantities. It is the property of John Grieve of “Preston Lodge”. Bankpark House does not appear on the 1st edition OS Map. The 1894 Name Book mentions that “vases and statuary” were also made there; 2 garden statues of standing figures bearing the Bankpark Pottery stamp have been located in a garden formerly belonging to David Ramsay Hay in Edinburgh. The house was sold in the early 20th century to the Wilson family who purchased additional land to the N and lived in the house until the death of Dr Jessie Wilson

… Previous to the middle of the last century (about 1830) a coal pit was opened here by Mr Grieve and worked successfully for a considerable number of years. The trade was entirely by cart sale until a successor at his own expense ran a pier out into the sea when small ships and steamboats were largely supplied. A deal of clay was also taken out of this pit for the fire-clay works at Bankpark. The colliery was discontinued towards the close of 1884, and the pier ultimately went to decay. Other two pits were opened up previous to the middle of the century on the same estate. These were on the field adjoining the ” Thorn Tree ” westward, and a beautiful’ seam of coal, but thin, and very fine clay along with it were turned out of these pits for a time. It was said, ” they did not pay the working.” But if the coal and the clay did not pay the working of them on Schawls estate in those days, they will soon be thoroughly tested again by new lessees … source