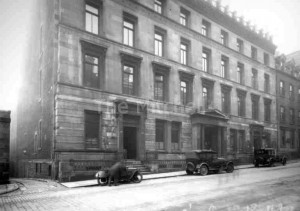 Provanhall Colliery & Fire Clay Works, Shettleston – Sited on the North Bank of the Monkland Canal, it drew fireclay from a quarry alongside and an associated coal pit. Prior to 1899, it was owned by R & J mather, with the sole partners, Heston and James Mather. 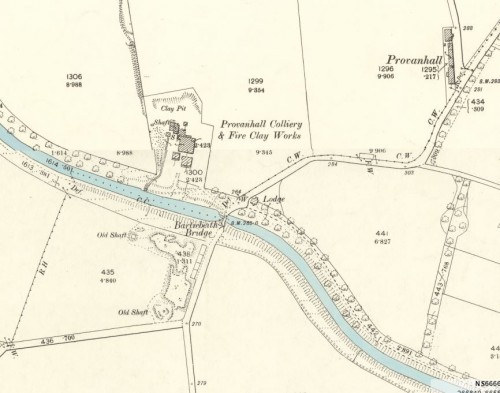 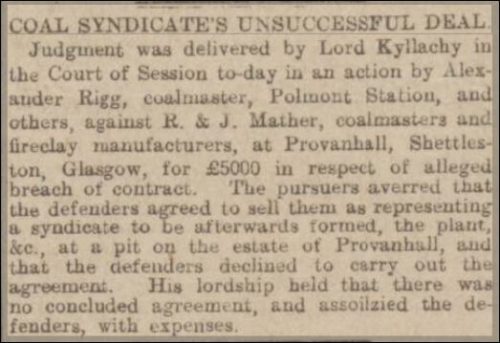 01/07/1905 – The Scotsman – New joint-stock companies – The Provanhall Brick Company, 95 Bath Street, Glasgow to carry on the business of manufacturing bricks, chimney cans, pipe, tiles etc. The Company does not issue any invitation to the public to subscribe for its shares. Capital £5000 divided into 2000 preference shares and 3000 ordinary shares of £1 each.

1910 –  Provanhall Colliery & Fireclay Works ( Disused) – perhaps it was the colliery only that was disused as there is still an entry for the bricks works 1911 – 1912 BUT the colliery is still marked on the 1935 OS Map …so…it looks like the brickworks stopped producing c.1910 but it was still listed but disused 1911-1912 until finally liquidated in 1912.

16/07/1912 – The Edinburgh Gazette – The Provanhall Brick Company Limited (in Liquidation). Notice is hereby given that a Meeting of the Creditors of the above-named Company will be held within the Office of the Liquidator, on Wednesday this 4th July 1912, at eleven o’clock forenoon. Albert E. R Copeland, C.A., Liquidator. 196 St. Vincent Street, Glasgow, 12th July 1912.

1931 – Reston Mather of The Northern Mining Company Limited commenced mining operations at Ardintoul Farm. This fascinating article by William J Ramsay details the work and the wrecking of the Steamer Triton. – Talc Mine at Ardintoul

On the 1911 Isle of Man census, he is recorded as being a boarder at Sea Mount Port St Mary in the parish of Rushen, Isle of Man.  Mr William Rae was the Boarding Housekeeper who was born in Kirkcudbright, Scotland about 1851

The mine was named the Barytes mine. This was a mineral mine as Reston had a big interest in minerals. He also set up the only talc mine in Skye, His downfall, which led to their money troubles, was the ship that was taking the talc to be sold sank and Reston had a lot of investors who he had to refund. 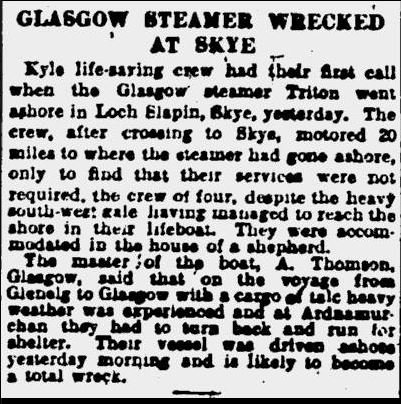 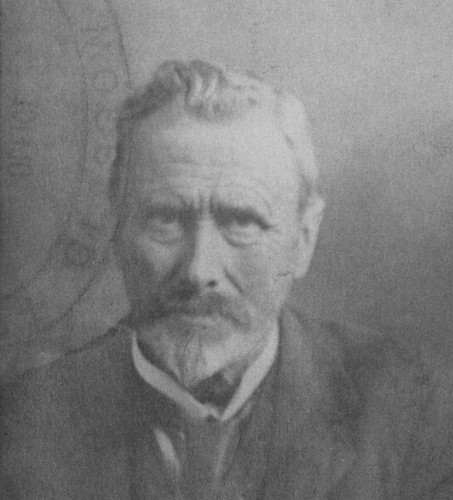 On a Scottish census dated 02/04/1911 he is recorded as residing at Provanhall Farm – Farmer and Grazier.

Reston and another brother named James are marked on the 1901 Provanhall census as brickmakers and registered to the house at Provanhall. 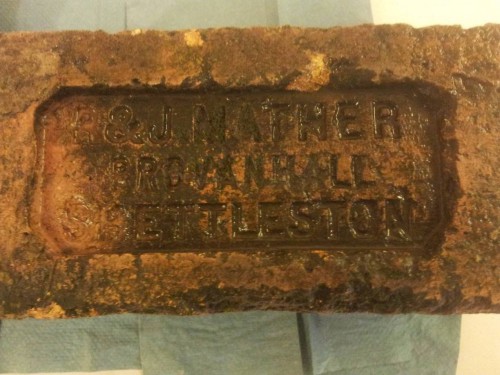 With special thanks to Katrina Murphy and John Dempsey and the Friends of Provanhall for their assistance and contributions.