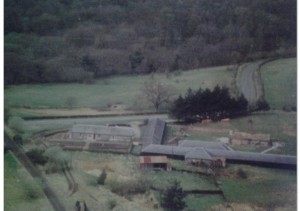 Canmore  – Tarrasfoot Tile Works, Dumfries & Galloway  – The Duke of Buccleuch started Tarrasfoot Tile Works in the early 19th century. The works produced drain tiles that were mainly used on the Buccleuch estate. The works closed in 1969 and by 1975 the buildings were used for storage. There were four fireboxes in the two-chamber Newcastle kiln. Each chamber had two fireboxes, and the heat produced by the burning of fuel in these boxes was used to heat drain tiles in the kiln. The tall chimney of the kiln drew heat through each chamber. Developments in the draining of fields in the early 19th century led to there being a huge demand for draining tiles. The development of plastic field drain pipes during the 20th century was a major factor which led to the decline of Scottish drain tile works.

Note 09/11/2014 – only the kiln and a sandstone outbuilding where the raw clay was milled and prepared for firing in the kiln.

Examples of  ‘D’ shaped drainage tiles of various sizes have been found at the site. – link

Although the works did not appear to make bricks, the following bricks have been found on-site and would have been used in the kiln and surrounding buildings.

Info – It had been hoped to open the extension from Canobie (later called Canonbie) to Langholm by November 1863, but this was delayed due to problems in completing the twelve-arch Tarras viaduct. A goods siding was provided at the south side of the viaduct to serve the Tarrasfoot Tileworks adjacent to the line here and the Glen Tarras distillery which had opened on the north bank of the River Tarras (a tributary of the River Esk) in 1839.

03/03/1854 – Carlisle Journal – Tile Burner Wanted – Wanted  – a tile burner for Tarras-foot Tileworks, Cannobie. Particulars may be learnt by applying to Mr Connell, Chamberlain to his Grace the Duke of Buccleuch, Irvine House, Langholm. 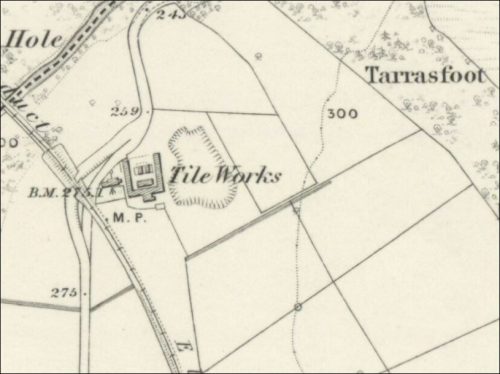 19/08/1869 – The Scotsman – The Duke and Dumfriesshire – This year’s additions to the independent electors. Joseph Rush, tenant of the tile works, Canonbie. Manager for the Duke (Buccleuch). Valued at £25.

26/09/1873 – Annandale Advertiser – The child which we mentioned last week as having been accidentally burned at Tarras Tileworks died on Friday last.

07/09/1881 – Eskdale and Liddesdale Advertiser – Births. At Tarrasfoot Tileworks, Canonbie on the 2nd ult., the wife of Wm Tweddle, tilemaker, a son. 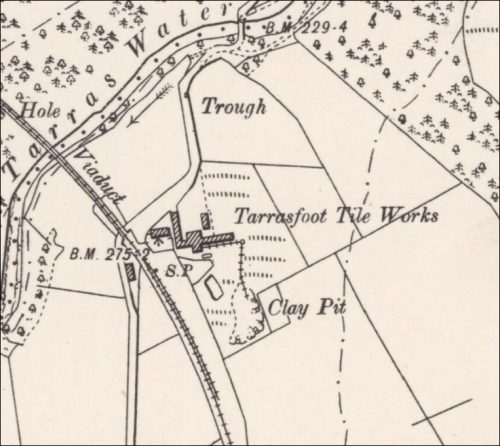 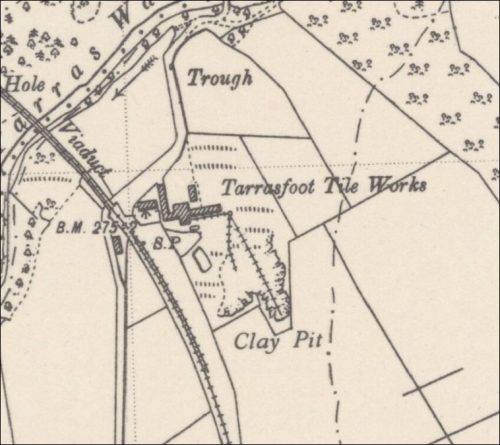 Below – At some point, the kiln has been girdled in an iron support frame. 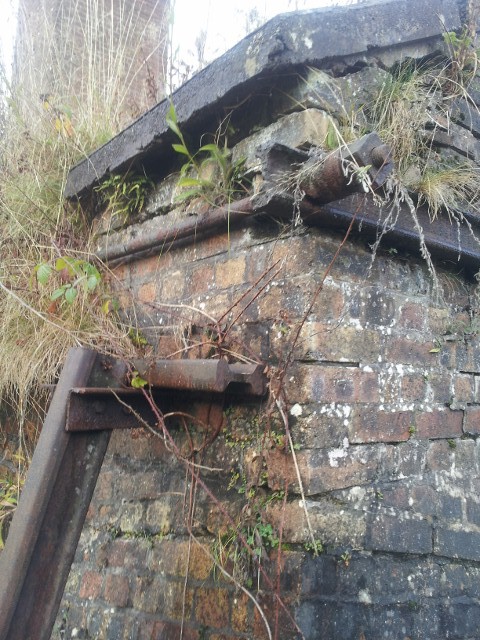 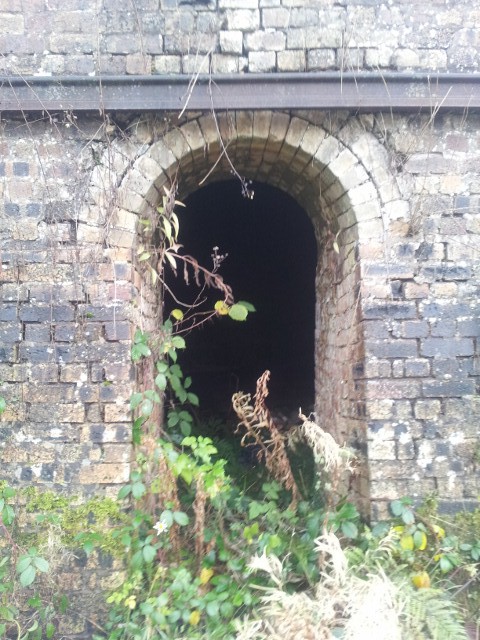 Below – Info and photographs below are from William Tweddle, the son of William Murray Tweddle. William, then aged 7,  left the tileworks in 1969 when his father finished work there. This was truly a family vocation covering 4 generations. 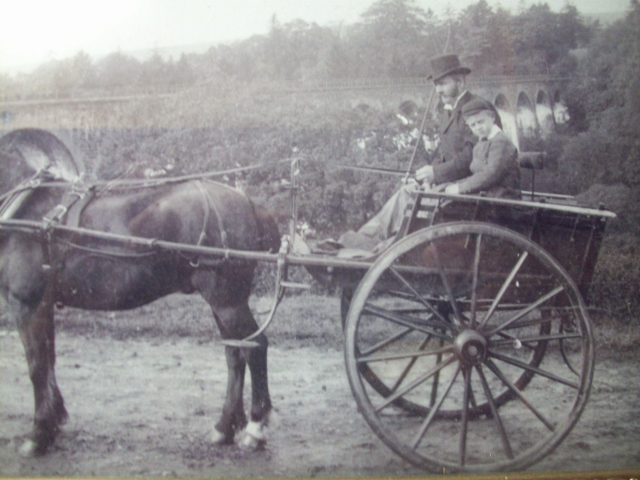 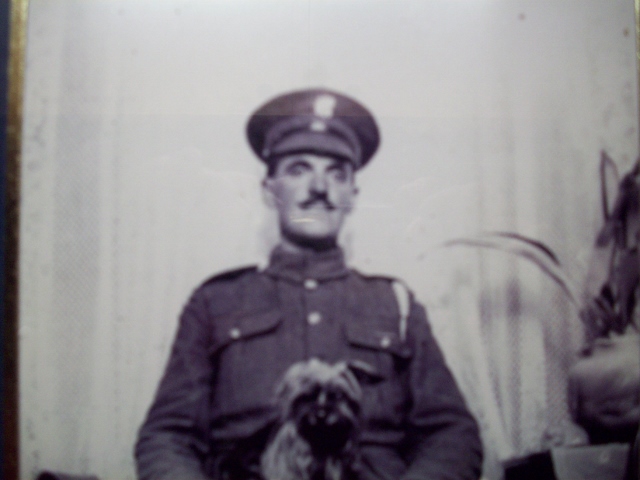 Below – Jane Tweddle and a young William Murray Tweddle, Jane ran the tileworks 1936-late 1950s after the death of her husband. 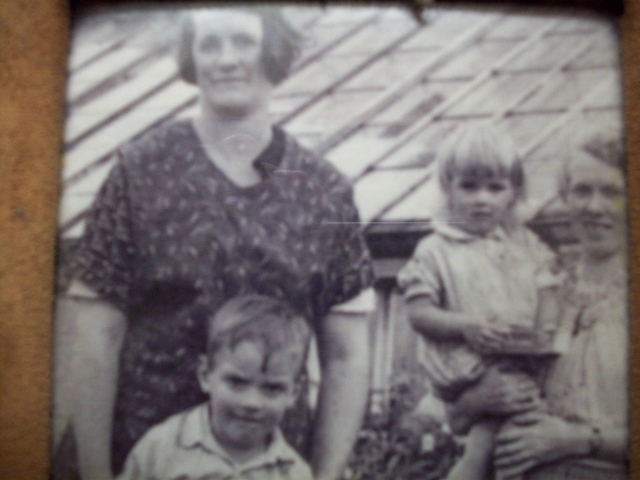 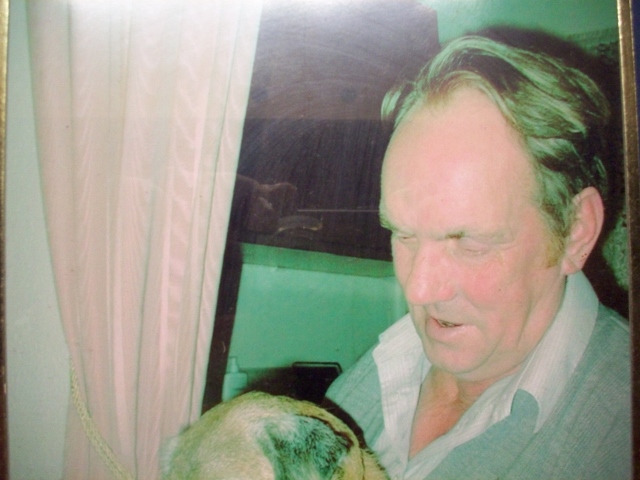 Below – 02/12/1846 – The Kings County Chronicle – (Note – SBH – I have added this article as it may well be referring to the Tarrasfoot Brick and Tile Work, however, I cannot confirm this). 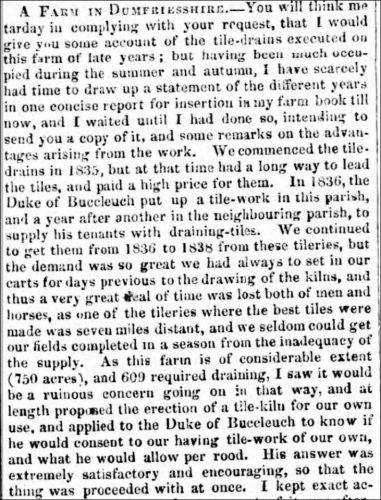 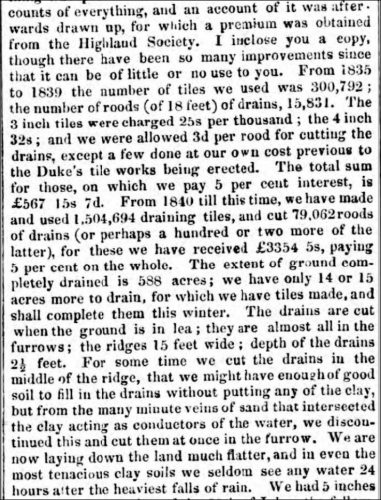 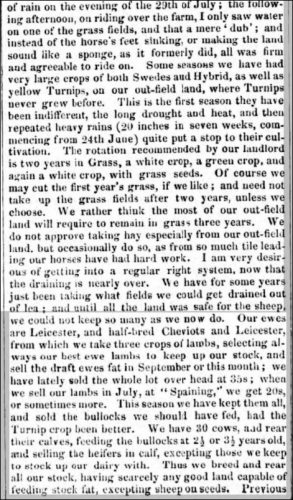 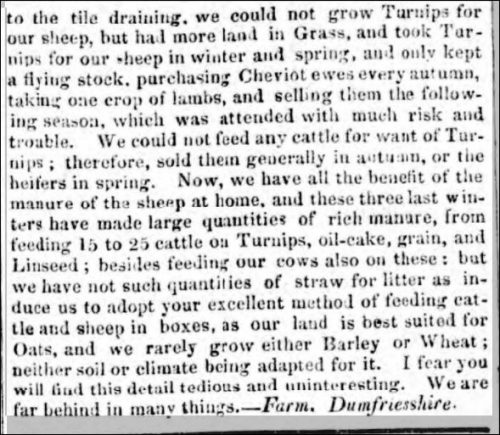