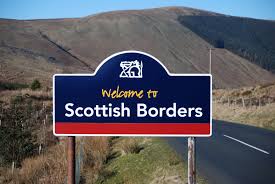 Borders brick and tile works are few and far between. The Borders didn’t have a coal industry, therefore, it didn’t have the waste product from the mines and thus no brickworks sprung up utilising this mainly Central belt, asset. There was the occasional clay seam or deposit but these were very localised and sporadic. I will also define the Borders area as the land sandwiched East and West between Langholm and the North Sea and North and South, the land sandwiched between Northumbria, England and the Lothians.

The following are references to Border brick and tile works as gleaned from various industrial directories. (In no particular order – yet!)

21. LAMBERTON COLLIERY, Mordington, Berwickshire. The colliery is advertised for sale and states there is a great opportunity to erect a brick and tileworks. Unknown if one was ever built.

6, 7 and 8 all refer to the same Brick and Tile Works at Paxton.

11 and 12 above – 1867 Survey … These masses of sand and gravel appear to a large extent to have resulted from the washing away of the boulder-clay. We might expect therefore that in some parts of the district, the finer argillaceous portions of the boulder-clay ought to occur, filling up hollows of the older deposits, and forming fields of brick-clay. There are almost no brickworks, however, in this part of the country, nor do the streams lay open sections of these finer clays. The only exposures which have occurred in the progress of the Geological Survey are those in the brick and tile works at Linthill on the banks of the Ale Water, and on either side of the Whiteadder at Edrington Castle. At the latter locality, a fine reddish clay with a few striated stones scattered through it is worked. No organic remains were observed in it.

15/09/1871 – The Berwickshire Advertiser – From the returns published of the manufacturies in Scotland subject to the Factory Acts we extract the following statistics relating to Berwickshire –  there are 6 brick and tile works.

I will add more as I find further references.