Many thanks to Gladys Cuttle and the Joseph Thomson Group SC029176 for much of the following information.

William George Thomson 1820-1899 was a Master Stonemason.
William George Thomson leased a quarry at Gatelawbridge from 1868 to 1899 and records show he was a Master, Quarry Mason. Thomson leased the land from Duke of Buccleuch.
Two of his Sons – William Thomson 1851-1923 and Robert Thomson 1855-1913 worked with their father William George Thomson.  William Jnr started in 1868 and Robert in 1870. William Thomson would purchase land and build/have built houses, for family or to sell on and it is believed he manufactured bricks for this purpose and for selling on to other local builders. It is believed the brickworks were in operation from 1875 to around the 1890s.
The Thomson Brothers continued the business after their father died in 1899 and were involved with some others quarries in the area; The Thomson’s finished renting in 1903 and various others worked Gatelawbridge until 1912 when the quarry was closed.
1888 – 1889 – Wm Thomson & Sons, Gatelawbridge, Red Freestone Quarries, Thornhill, Dumfriesshire; Agents, Currie & Co., Telephone exchange. No. 544, 27 Wellington Street.
Below – 1885 – 1900 – It is believed that the structure marked at the ‘red x’ relates to the brickworks. 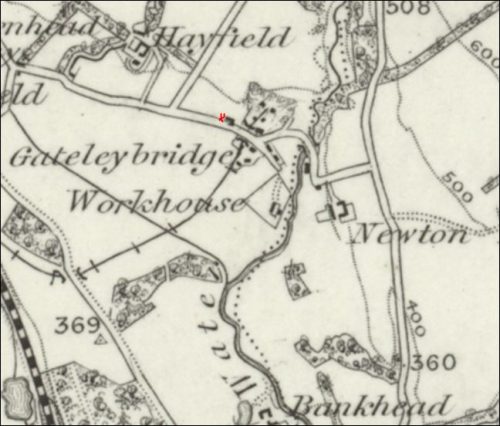 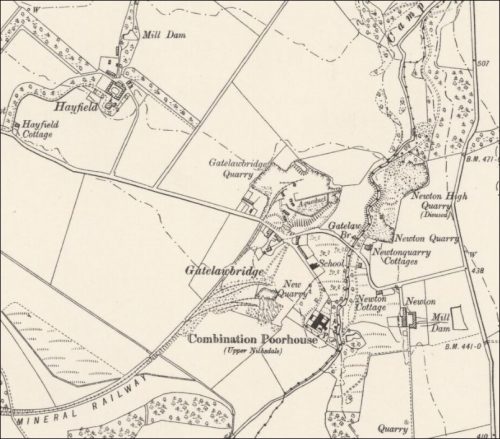 Tagged with: Duke of Buccleuch, Gatelawbridge, Thomson and Sons